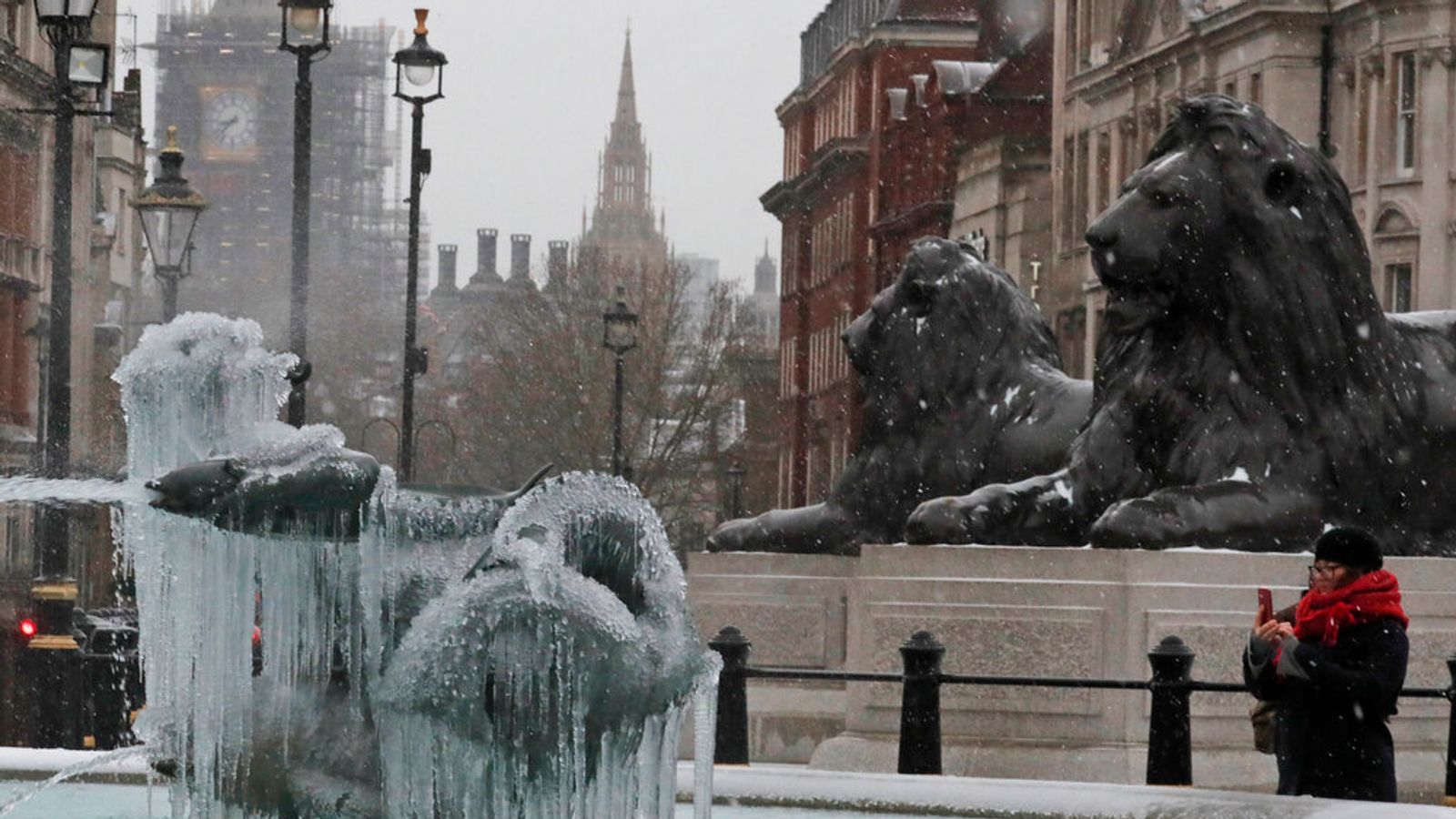 The Met Office has warned that no part of the UK will be “immune” from snowfall on Easter Monday as temperatures drop around the country.

Heavy snow and gale-force wind warnings are in place in northern Scotland, with as much as 15cm of snow predicted in higher areas and temperatures as low as -5C (23F).

The bitter turn comes as coronavirus restrictions are being lifted across the country and police are urging people to continue to respect the rules for their safety and the safety of others.

“After a taste of summer for a lot of the UK we will see things turn much colder as we go through the second half of the Easter weekend,” said Craig Snell, forecaster for the Met Office.

“A lot of the UK will be prone to seeing some wintry showers as we go through the course of Monday but northern Scotland is where we’ll see the heaviest and most frequent snow,” Mr Snell warned.

“That’s where there’s most concern that we might see some disruption.”

He added that although it wasn’t unusual to see snow at this time of year, the weather will come as a “shock to the system” following the hottest March temperatures for 53 years.

The reading was recorded in Kew Gardens on Tuesday afternoon where it reached 24.5C (76.1F), according to the Met Office – the highest March temperature since 1968.

The Met Office said temperatures would decline steadily across the UK and by Monday most parts would struggle to reach double digits due to the country entering an “Arctic trough”.

“Nowhere is going to be immune from potentially seeing some snow showers on Monday, even down towards the southwest of England,” said Mr Snell.

“As it comes further south, it will fall from the sky but it probably won’t settle because the ground will be warm enough that as soon as it lands it will just melt. But anyone in the UK may see some flakes falling if they’re looking out of the window.”

COVID-19: England’s R number could be as high as 1 and infections may have stopped shrinking, says SAGE