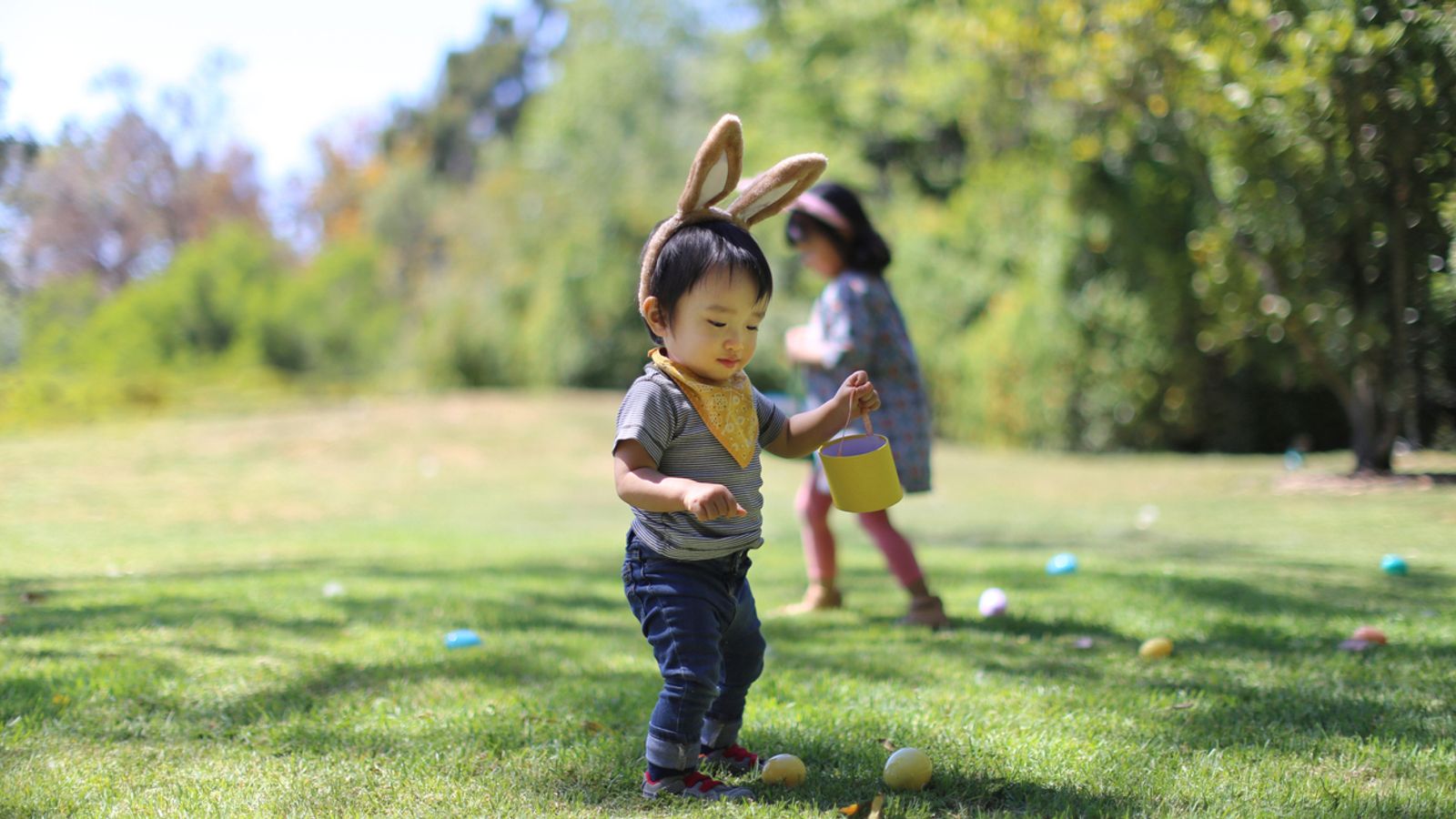 Temperatures are set to climb to a possible 18C (64.4F) in the south of England today – putting Easter egg hunts at risk of becoming a chocolatey mess.

After a chilly, dry and bright start on Easter Sunday for most, hopes for an al-fresco roast could be fulfilled in some parts of the country, with the weather feeling spring-like and particularly sunny for central and eastern areas.

But the warm weather isn’t set to last for long – with temperatures expected to drop by as much as 10C going into Easter Monday – with chance of snow.

Rain, strengthening winds and colder air will arrive earlier in parts of northern Scotland where snow warnings are in place, while some coastal areas of eastern England may expect snowfall.

There could be as much as 15cm of snow in higher areas by Easter Monday morning – with the Met Office’s yellow warnings in place from 6pm on Sunday until midnight on Monday.

Talking about the warm weather on Easter Sunday, Mr Partridge joked: “You’ll have to make sure your eggs don’t melt if you’re hiding them in the garden because it will be quite warm.”

London and the South East of England can expect a cloudy start to Sunday, although it will be largely dry.

The cloud will gradually thin and break to give way to sunny and warm spells by the afternoon with some light winds, with a maximum temperature 16C (60.8F), according to the Met Office, before temperatures plunge to 8C (46.4F) on Monday.

Parts of Manchester will have a foggy start to the day before a sunny afternoon with temperatures rising to 12C, fog also shrouding most of Wales before it quickly warms up through the morning due to clear skies and plenty of sunshine, peaking at 14C (57.2F).

#EasterDay will be much sunnier ️ and warmer for central and eastern areas.

But rain, strengthening winds and colder air will gradually edge across northern Scotland.

Here is the 4cast pic.twitter.com/CuuhgZny31

The Easter Sunday weather will be similar in Belfast, with sunny spells and possible light rain developing later in the day, with a maximum temperature of 12C (53.6F).

Sky News’ weather presenter Nazaneen Ghaffar said: “So far the Easter weekend has been fine and dry for many, but by the end of Easter Sunday a cold front will spread across Scotland and southwards over the rest of the UK and Ireland through Sunday night.

“On Easter Monday the front will clear the south and then bitterly cold northerly Arctic winds will develop everywhere.

“But the wind chill will make it feel more like below freezing for northern and eastern coastal areas and around 1 to 4C (33.8-39.2F) elsewhere.”

It comes as parts of the UK enjoyed a mini heatwave earlier in the week, with the mercury reaching nearly 24C (75.2F) on Wednesday – a high unlikely to be repeated on Easter Sunday.

The sunny weather comes as the public have been urged to respect COVID-19 regulations and only meet friends and family outdoors now that restrictions have started to ease.

Around 51% of British households are planning to swap a traditional Easter roast for a barbeque or picnic this year, a survey by Sainsbury’s found.

But sticking to an indoor dinner looks more likely in Fife, Strathclyde and the Highlands – areas expected to endure gale-force winds and snow showers as the country enters an “Arctic trough”.