COVID-19: Roadmap out of lockdown 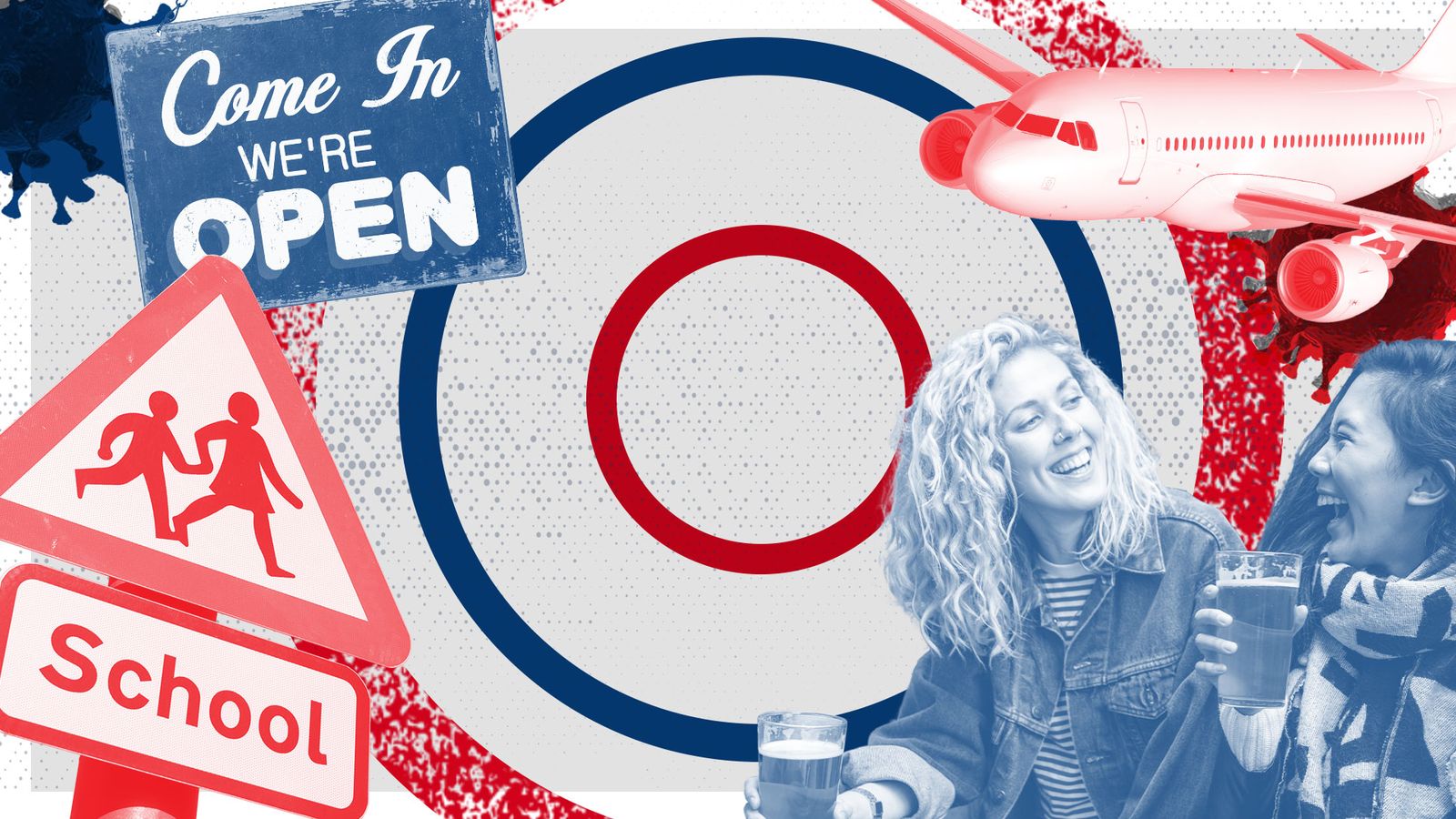 Here are the timetables for lifting COVID-19 restrictions in each UK nation:

There are four steps to easing England’s lockdown.

The prime minister hopes to be able to lift the majority of rules by 21 June, but this is dependent on cases, deaths and hospital admissions continuing to fall so the dates are the earliest any of the stated rules could be lifted.

There will be no regional tier systems – England will be treated as one in the easing of lockdown.

Step one was completed in two parts on 8 and 29 March.

Boris Johnson has confirmed England will progress to the next planned stage of lockdown lifting next Monday as he said the roadmap was on track.

The next steps are as follows:

Boris Johnson has confirmed this will take place on 12 April thanks to a successful vaccine programme that is reducing hospital admissions and deaths. No indoor mixing of households will be allowed.

Yet to be decided

There are a few rules and issues that have not yet been agreed and will be subject to review during the easing of lockdown.

1. The one-metre plus rule, mandatory facemasks and working from home

The government hopes to conclude a review of this before step four.

2. Whether you can use proof of having a COVID-19 vaccine to enter mass events

The government hopes to set out the conclusion of a review prior to step four on whether vaccine or test certificates could be used to reopen the rest of the economy.

The government has said this will not resume before 17 May following a review that will be completed by 12 April.

The government has said testing could be used to ensure people can safely attend large events.

The stay-at-home rule has already been replaced with a “stay local” message and Scots are allowed to meet in bigger groups – up to four people from two households can meet outdoors.

For children aged between 12 and 17, outdoor meetings are now limited to four people, but these can be from up to four households.

More students returned to face-to-face learning, particularly those in college.

The next steps are as follows:

Wales has set out five dates for lifting lockdown.

Four of these have already happened and seen the stay-at-home order lifted, hairdressers reopened and a phased reopening of schools and non-essential retail.

The next step comes on 12 April when:

Lockdown restrictions were introduced on 26 December and extended to 1 April by the Stormont Executive, with a review due on 18 March, though a planned easing of measures was announced two days earlier.

Much of the country has already opened up and limit of socialising relaxed.

The next step comes on 12 April when:

Decisions on moving between stages will be based on scientific and medical evidence, ministers have said.

All remaining restrictions on social contact could be lifted from 21 June, allowing for larger events to go ahead and nightclubs to reopen.