COVID-19: Zoos, safari parks and their animals prepare to reopen on 12 April 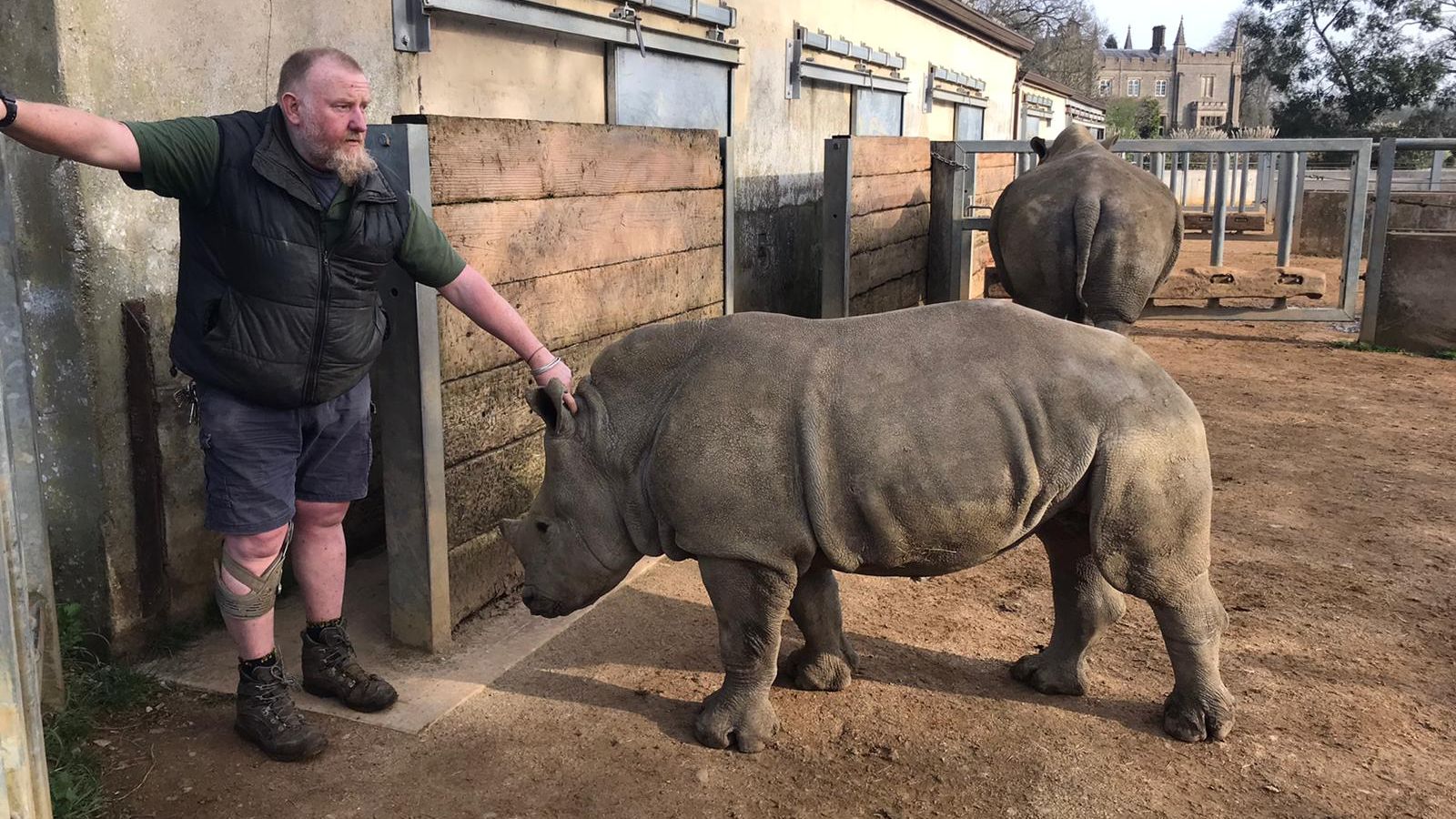 “It’s a bit like when that volcano erupted in Iceland and suddenly there were no planes in the sky. When they came back, the meerkats were a bit jumpy! But they got used to it again.”

Head zookeeper Mark Godwin is getting ready to welcome the public back to Cotswold Wildlife Park in west Oxfordshire and says it will be “interesting” to see how the animals adapt to seeing more people again.

The park has been shut for months with no income, though staff here have been busy caring for the animals and working on maintenance projects.

“They’re used to having the place fairly quiet now, so it’ll be interesting to start with,” he told Sky News.

Image: Giraffes graze on trees inside the park

“We’ve had more time in our day to interact with the animals and you can change things around more. I’ve enjoyed playing with the rhinos!”

Every day of lockdown has cost the park around £15,000 in lost earnings from visitors, though the owner had the foresight two decades ago to put aside a pot of cash for an “emergency”.

“It has been massive, a phenomenal hit,” says curator Jamie Craig.

“We are lucky that we had this pot. The owner did that at the time of foot and mouth (2001). But a pot is there for a reason, like a petrol tank, you don’t want it to get empty.”

The park was attracting 400,000 visitors each year pre-COVID, though bookings for later this month are now on an advance basis only, to help staff manage the return of the paying public.

Baby rhino calf Dora was born last July and has been enjoying the solitude of the park, alongside her mother Nancy.

“She loves the attention and she loves to play,” head keeper Mark adds.

“Dora will be the star of the show when people come back here.”

Image: Zookeepers say some animals have missed visitors more than others

Over at the giraffe sanctuary, senior keeper Jenni Maxwell is feeding Sentry his breakfast of poplar leaves and says she can’t wait to share these majestic creatures with the public once more.

“We are limiting our numbers so we can slowly introduce them back to people,” Jenni says.

“The animals are quite happy. The zebras have particularly enjoyed lockdown, just grazing in the sun. The goats have really missed people!”

Rapid, twice-weekly COVID tests to be offered to everyone in England