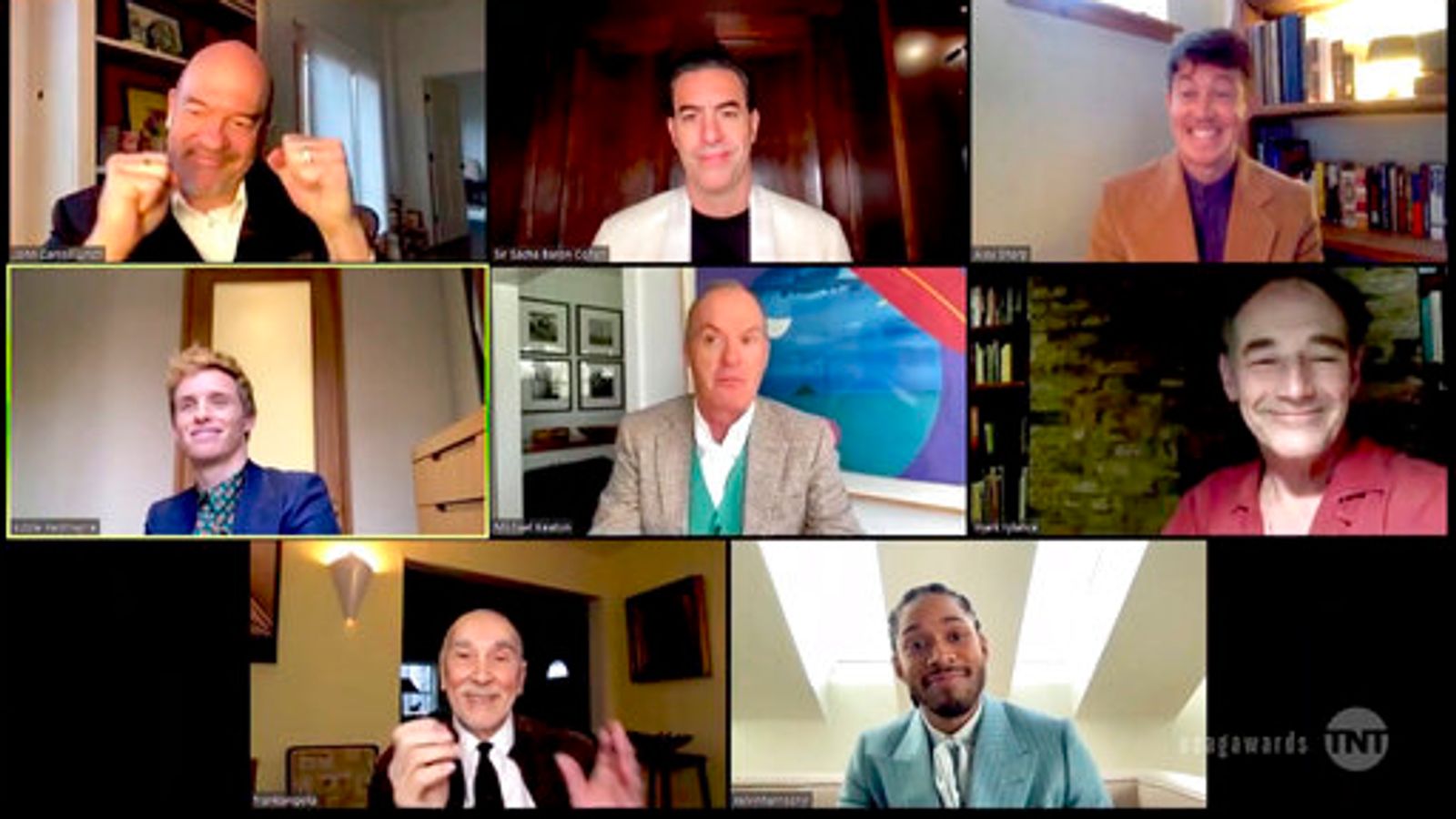 The Trial Of The Chicago 7 has won the top prize at the first ever virtual Screen Actors Guild Awards.

The Netflix drama beat Da 5 Bloods, Ma Rainey’s Black Bottom, Minari and One Night In Miami to win outstanding performance by a cast in a motion picture.

There was no red carpet for the first time in the SAG Awards’ 27-year history, with the pre-recorded TV broadcast lasting just an hour.

Their film tells the true story of a group of anti-Vietnam War protesters accused of attempting to incite riots at the 1968 Democratic National Convention.

Langella praised director Aaron Sorkin and said the filmmaker’s voice was the “soul” of the movie.

British triumphs of the night included Daniel Kaluuya for his role playing a Black Panther leader in Judas And The Black Messiah.

Meanwhile, The Crown won the ensemble in a drama series prize, with Gillian Anderson selected as best female actress for her portrayal of Margaret Thatcher.

Emerald Fennell, who played Camilla in the Netflix series, missed out on getting her own prize for her directorial debut A Promising Young Woman.

Riz Ahmed, Vanessa Kirby, Carey Mulligan and Sir Anthony Hopkins were also among the British stars who missed out.

In one of the more emotional moments of the night, 73-year-old South Korean actress Young Yuh-jung won best female actor for her part in the family drama Minara.

Her fellow nominees Olivia Colman and Glenn Close were visibly delighted when she won.

“I don’t know how to describe my feelings. I am being recognised by Westerners,” she said.

While Mark Ruffalo won male actor in a television movie or miniseries for playing identical twins in I Know This Much Is True.