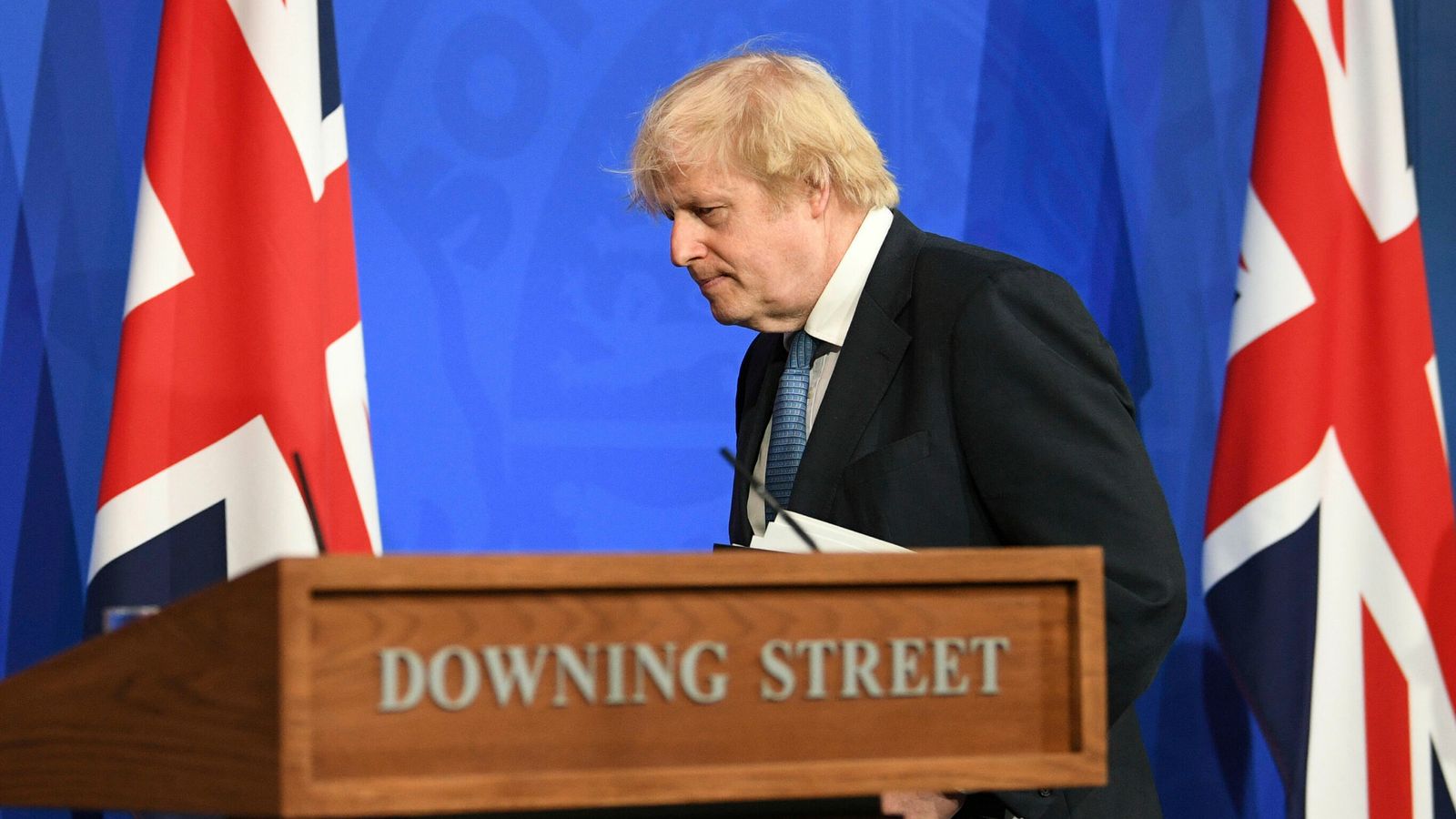 The later stages of Boris Johnson’s roadmap for ending lockdown restrictions in England could cause coronavirus infection rates to surge, the government’s scientific advisers have warned.

At a Downing Street briefing yesterday, the prime minister said he plans to stick “like glue” to his plans for easing current measures. He confirmed that step two – where shops, hairdressers and beer gardens can reopen – will go ahead on 12 April as planned.

Modelling from the Scientific Advisory Group for Emergencies (SAGE) suggests that this is unlikely to pile pressure on the NHS. However, there are concerns that the third and fourth stages, set to take place in May and June, could cause hospital admissions to rise to the levels seen in January.

Separately, experts from the London School of Hygiene and Tropical Medicine have said the fourth stage – which would see all legal limits on social contact removed – could “lead to a larger surge of cases and deaths comparable to that seen during the first wave”.

However, they stressed that their findings are “preliminary” and contain “pessimistic assumptions” about the impact that the later stages of the roadmap will have.

Scientists at the University of Warwick have also concluded that a “distinct third wave of infection” would arise due to the current pace of England’s roadmap, with hospital admissions potentially peaking between late July and the middle of August.

The warnings came as Mr Johnson faces resistance over potential plans for so-called “COVID passports” to be used in the UK.

A government paper says such certification would not be required for those who want to go to a beer garden next week, but the document did say this approach could “play a role in reducing social distancing requirements in other settings which people tend to visit more frequently” – such as pubs or restaurants.

Several Conservative MPs have criticised the notion of COVID passports, with former chief whip Mark Harper warning their introduction would lead to a “two-tier Britain”.

And speaking to the Daily Mail, Sir Iain Duncan Smith warned “we are headed for a hellish demi-lockdown, where we have to be tested all the time, carry a vaccine passport everywhere and are under the constant threat of being locked down again”.

He told the newspaper: “We were told the vaccine was the way out, no ifs, no buts. We can see from the data that the vaccine is working better than anyone had hoped, but now the scientists are saying the real issue is variants or a third wave.

“They want to keep Project Fear going because they are enjoying the control they have, and ministers have caved in to them.”

Mr Johnson could be facing a defeat in the Commons if he concedes to the lockdown-sceptic COVID Recovery Group and agrees to a vote on vaccine passports. Labour leader Sir Keir Starmer has also criticised the idea, describing it as “un-British”.

Next Monday’s easing of COVID-19 restrictions in England comes after all four official tests – a successful vaccine deployment programme, coronavirus hospitalisation and death rates under control, infections not putting pressure on the NHS, and the risk assessment not changed by variants – were met.

Mr Johnson said yesterday: “We see nothing in our present data that makes us think that we’ll have to deviate from the roadmap.

“On Monday 12th [April], I will be going to the pub myself and cautiously but irreversibly raising a pint of beer to my lips.”

He added that “things still seem set fair” for stage three of the roadmap to commence on 17 May, meaning most social contact rules could be lifted outdoors, larger groups of up to two households could meet indoors, and indoor hospitality venues could reopen.