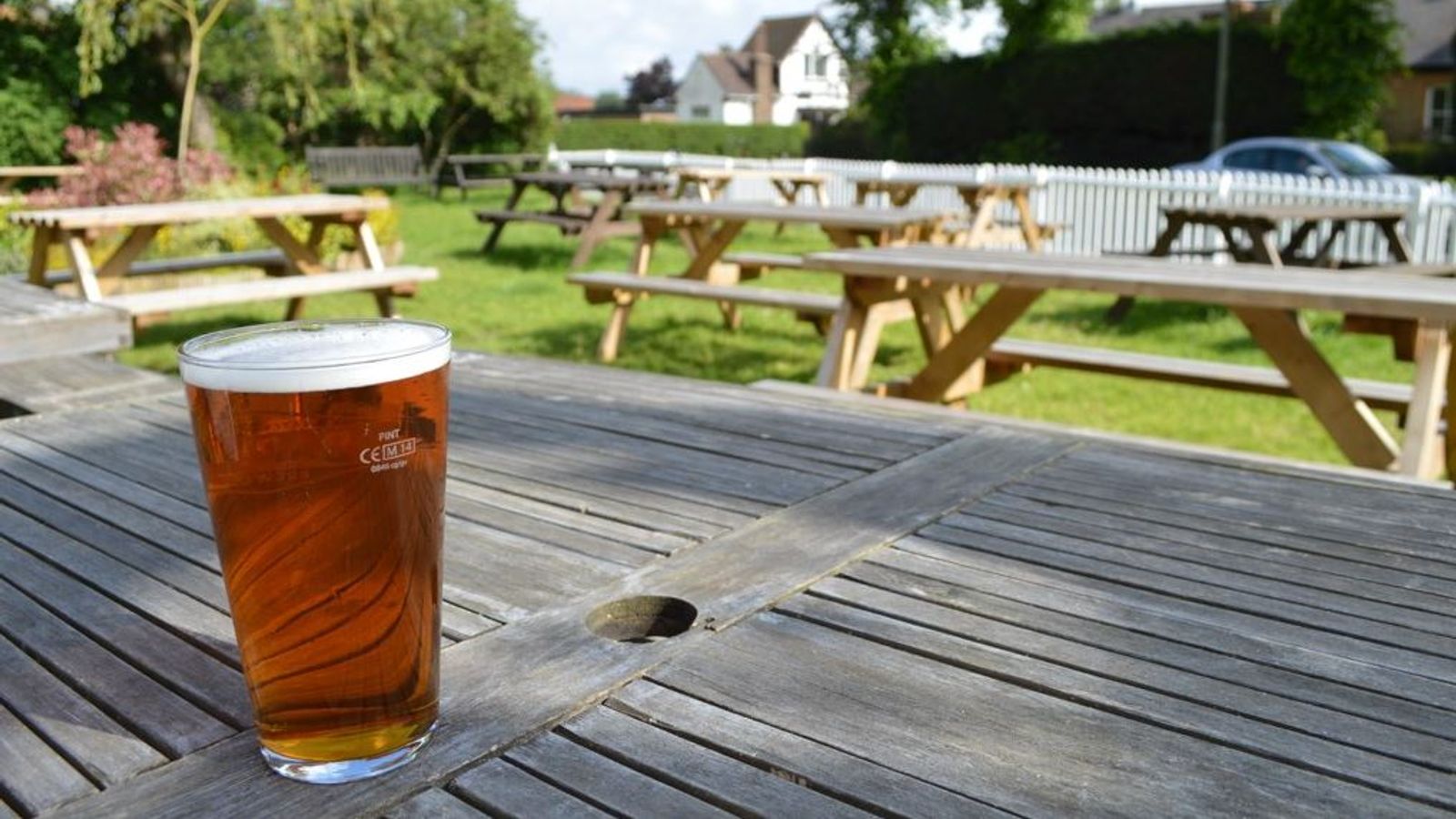 Looking at the use of domestic COVID passports for people attending pubs and restaurants is “only the right thing to do”, the vaccines minister has told Sky News.

Nadhim Zahawi admitted that requiring people to show certification before entering some venues “does throw up a number of difficult, ethical questions”.

But he stressed the government would push on with piloting a COVID passport scheme at events such as the FA Cup final, as he suggested it would be “completely remiss and irresponsible” of ministers not to trial proposals.

Mr Zahawi confirmed people attending pubs and restaurants this month and next month – when allowed under stages two and three of the government’s roadmap for easing lockdown restrictions – would not be required to show certification.

On 12 April, pubs and restaurants will be able to serve people outdoors, while indoor serving is set to resume from 17 May.

But Mr Zahawi also defended the government’s decision to keep open the possibility of COVID passports – based on whether someone tests negative, has been vaccinated or has immunity after recovering from the disease – being more widely used later this year.

“Domestically, step two we’re coming up to and step three, there will absolutely no issue around pubs or restaurants requiring any form of certification.

“But it’s only responsible as we see how this virus behaves, as we see how other countries are utilising technologies to make sure they keep the virus under control, then we should look at the same thing.

“It’s only the right thing to do, we’re all working towards the same outcome, which is to get our lives back, get our economy back up and running.”

The government has been conducting a review into COVID certification – led by Cabinet Office minister Michael Gove – over the past few weeks.

‘No convincing answers’ on vaccine passports

In a document published on Monday night, it was stated that ministers believe there are some settings – such as public transport and supermarkets – where people “should never be required” to prove their COVID status.

However, the document added that COVID certification could play a role in other settings – such as hospitality, theatres, nightclubs, festivals or sports events.

Labour’s shadow health secretary Jonathan Ashworth accused ministers of being “at sixes and sevens” on the issue of domestic COVID passports.

“The government just need to clear this up because they’re creating confusion,” he told Sky News.

“I don’t think that is fair. If ministers are saying that is not what the policy is, then they have to explain why does the policy document they produced last night permit that scenario?

“There’s a lot of confusion out there – I just want ministers to be honest and straight with us and tell us exactly what their policy proposals are.”

More than 70 MPs – including more than 40 Conservatives – have already formed a major cross-party campaign against the use of COVID passports within the UK.

Meanwhile, Labour leader Sir Keir Starmer has signalled his party could oppose the plans after he suggested the “British instinct” will be against the introduction of passports for venues such as pubs.

The growing backlash at Westminster suggests Prime Minister Boris Johnson – if he bows to demands to hold a parliamentary vote – could face a battle in trying to get plans for COVID certification through the House of Commons.

Asked about the possibility of a Commons vote on the issue, Mr Johnson told a news conference on Monday: “First of all we need to work out exactly what the proposal might be.

“But certainly if there is something to put to parliament I have no doubt that we will be doing that.”.