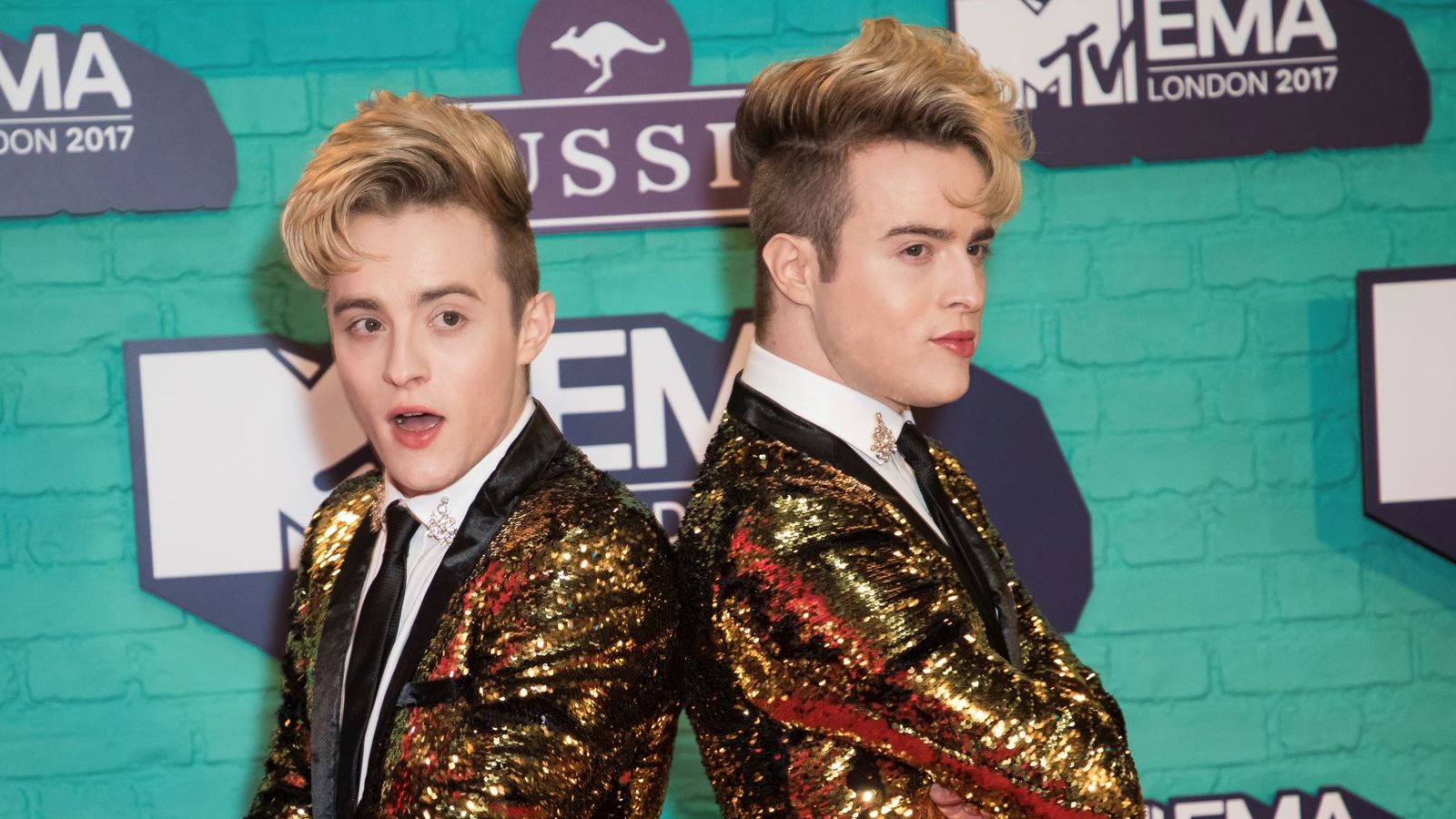 Jedward have hit out at Simon Cowell, calling the music mogul “nothing but a bad facelift” in a series of explosive tweets criticising the lack of care for artists in the entertainment industry.

The Irish twins, who rose to fame after making it through to the live finals of The X Factor in 2009, posted several messages on Monday, starting by saying that their “biggest regret in life” was not telling the judges on the ITV show “to f*** off”.

X Factor contestants were slaves to the programme, Jedward claimed, and were paid “zero” while others “made millions”.

Image: The twins described Cowell as ‘nothing but a bad facelift’. Pic: AP

Hitting out at head judge and show creator Cowell directly, the twins, whose real names are John and Edward Grimes, said: “Simon Cowell thinks he’s the Mafia leader of the music industry when in reality he’s nothing but a bad facelift.”

They went on to name X Factor groups One Direction and Little Mix in their tweets, alleging the bands had been stung with their contracts, although they did not elaborate. One Direction finished third in the competition in 2010, while Little Mix won in 2011.

It was not always clear whether it was just The X Factor or the wider industry the duo were criticising in their posts to more than 680,000 followers.

“This isn’t our story to tell!” the twins wrote in one post. “It’s an insight of how corrupt the music industry is! We’re sending courage & strength to all artists being f***** over! It ends now.”

They claimed that non-disclosure agreements are “very prevalent” in the music industry, “resulting in no one talking about the abuse/stuff that happens!”

Music stars are “on the brink of collapse” at the end of touring but “have to act like everything is ok”, they said in one post. In another, they said eating disorders and depression are “very common” because “nobody cares about the artists’ mental health! Only the money!”

Artists who ask questions are seen as a “threat” and “blacklisted”, they said.

Jedward said they were putting themselves “in a very dangerous position” by speaking out but that “victims in the music industry need to be heard”.

The twins have found a new audience in the past year or so, having been vocal in their support of the Black Lives Matter movement and transgender rights, as well as in their criticism for those not abiding by COVID-19 rules.

Their latest tweets come in the wake of documentaries about stars including Taylor Swift, Britney Spears, Demi Lovato, Little Mix’s Jesy Nelson and Billie Eilish, which have all looked into the pressures of fame and working in the entertainment business.

Former X Factor contestants including James Arthur and Lucy Spraggan have previously spoken publicly about the effect taking part in the show can have on mental health.

Sky News has contacted representatives for Cowell and the X Factor for comment.

COVID-19: Foreign holidays may be ‘out of reach’ for many under COVID tests regime