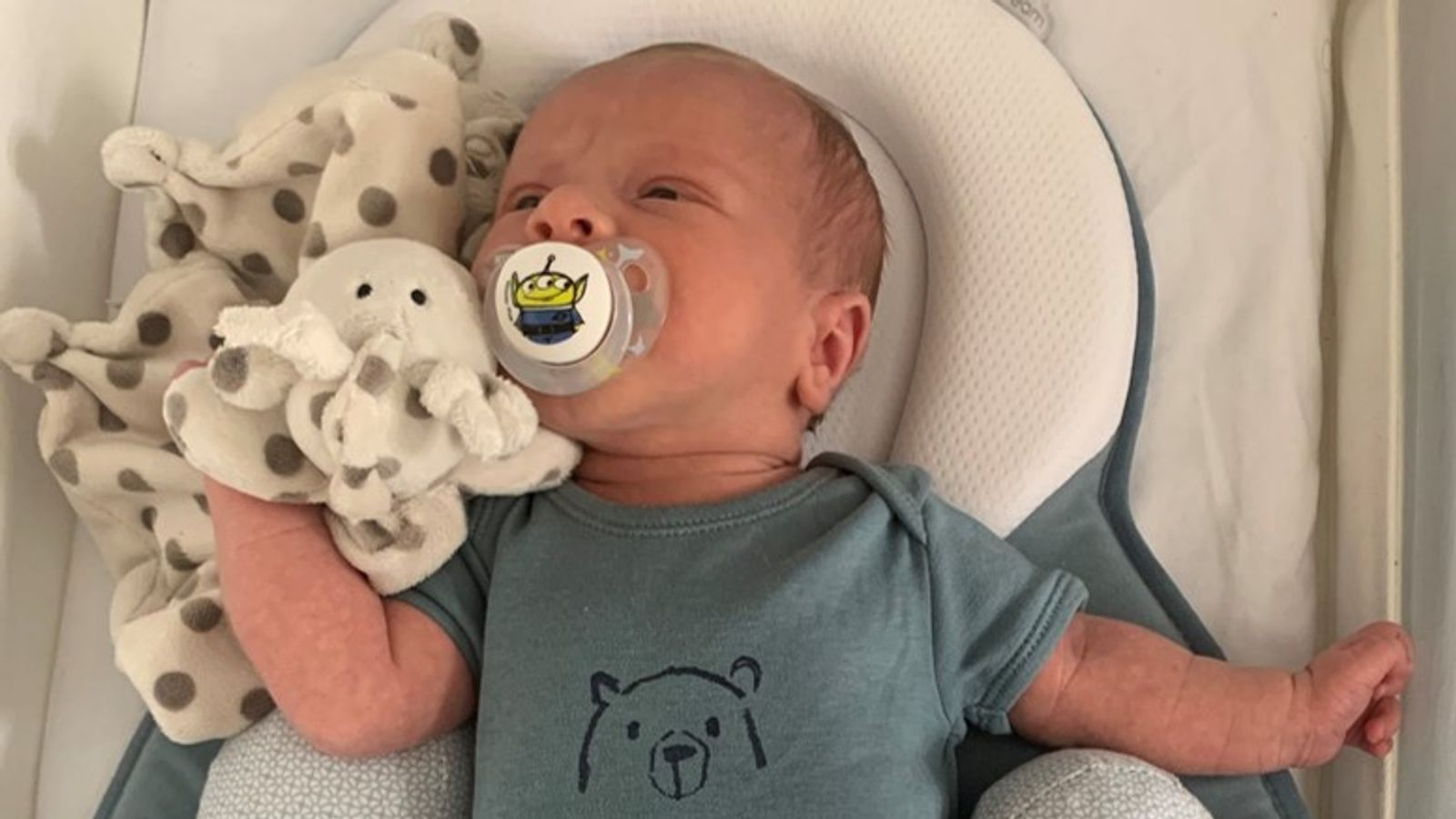 A man has been charged after a two-week-old baby boy was killed when his pram was hit by a car, West Midlands Police have said.

Baby Ciaran Leigh Morris was being pushed along the High Street by his family when a BMW struck the pram.

Ciaran suffered serious injuries and was taken to hospital but he could not be saved, officers said.

Davis, who is from Walsall, faces further charges of failing to stop at the scene of a collision and failure to report a collision.

He has been remanded in custody, according to the police, and will appear at Wolverhampton Magistrates’ Court on Tuesday morning.

In a tribute, Ciaran’s parents said: “Mommy’s and Daddy’s hearts will always ache, we love you more than anything.

“We didn’t get to keep you for long but we are happy we had the chance to meet you, look after you and call you our son.

Image: A large number of flowers have been left at the scene

“We’ve all got to stay strong, we’ve just got to be strong. It’s just heartbreaking.”

Dozens of flowers have been left at the scene of the incident.

COVID-19 passports: What are they, how would ‘certification’ work and would anyone be exempt?