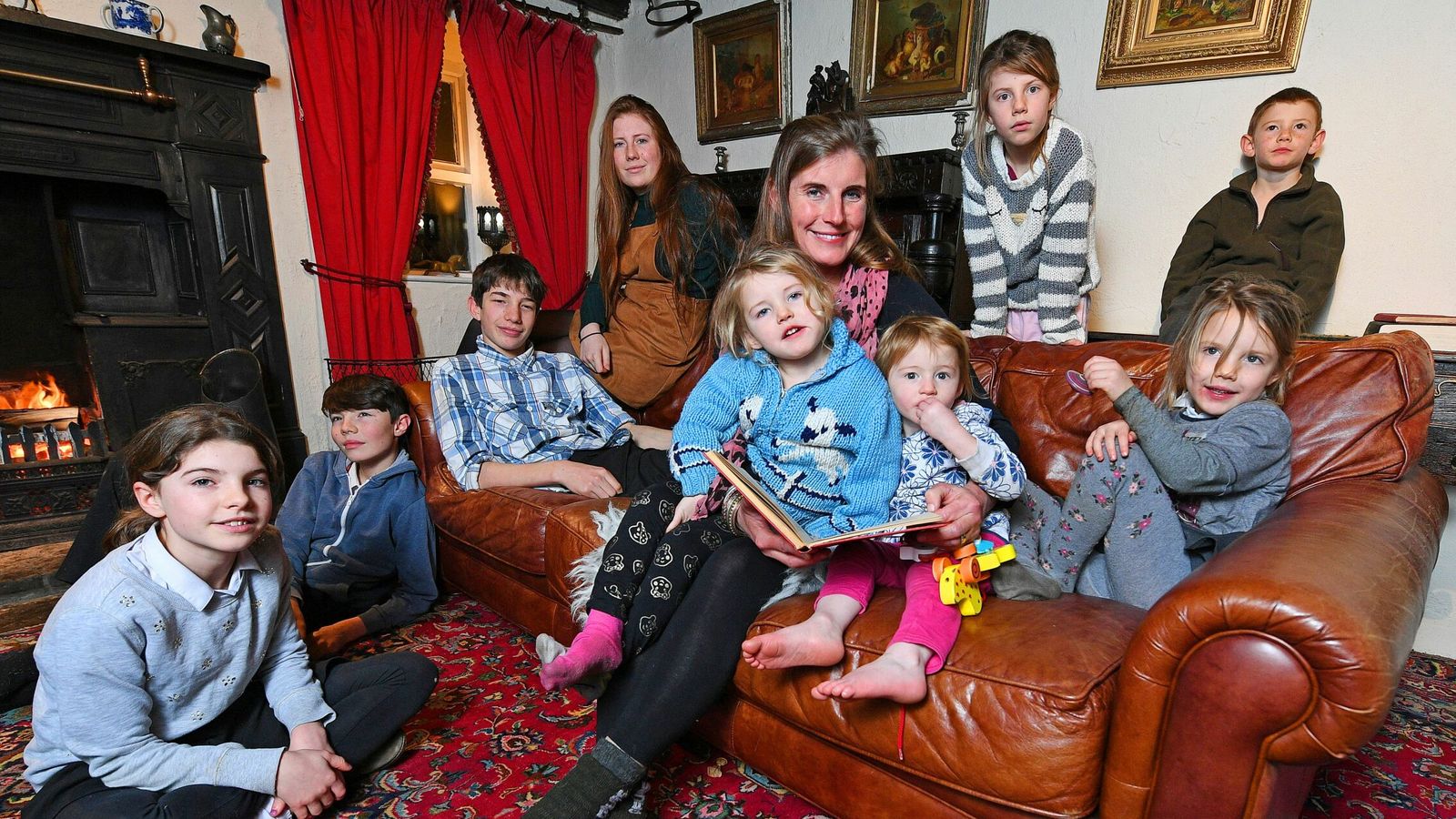 A TV farmer and mother of nine has revealed the unusual circumstances surrounding the birth of one of her daughters.

Amanda Owen, star of Our Yorkshire Farm, said in an interview that by the time she went into labour with Clemmy, her eighth child who is now five, she felt she was experienced enough to handle the task on her own.

Almost 70 miles from her local maternity hospital, she gave birth at home – but apparently didn’t feel the need to wake her husband Clive.

Owen, who has risen to fame thanks to the Channel 5 show about her family’s life in rural Yorkshire, told the Radio Times: “Our local maternity hospital is in Middlesbrough, which is 69 miles away, and on these roads, that takes a long time. So by baby number eight, I thought sod it, I’ll do it myself.”

She continued: “I knew the baby was in the right position, so when I felt the familiar feelings I went downstairs and had the baby in front of the fire with my terrier as a birthing partner.”

Owen said her husband “wasn’t desperate to be at the birth” and remained asleep upstairs.

“I went and woke him up with the baby,” she said.

Owen said she has tried to teach her children to be similarly independent, particularly with home schooling.

“I can’t be a helicopter parent,” she said. “We read the papers and they show me some of their projects, but I have yet to be at a single parents’ evening. I did pretty poorly at my exams, but look at what I have achieved since then.”

The “snowflake generation”, she said, “can’t do anything”.

Owen continued: “They don’t know anything about how to look after themselves, or a work ethic, all of that has gone out of the window. It’s our fault as parents.

“If you put your child on a pedestal, with no sense of independence, and think you have got to entertain them the whole time, what can you expect?”