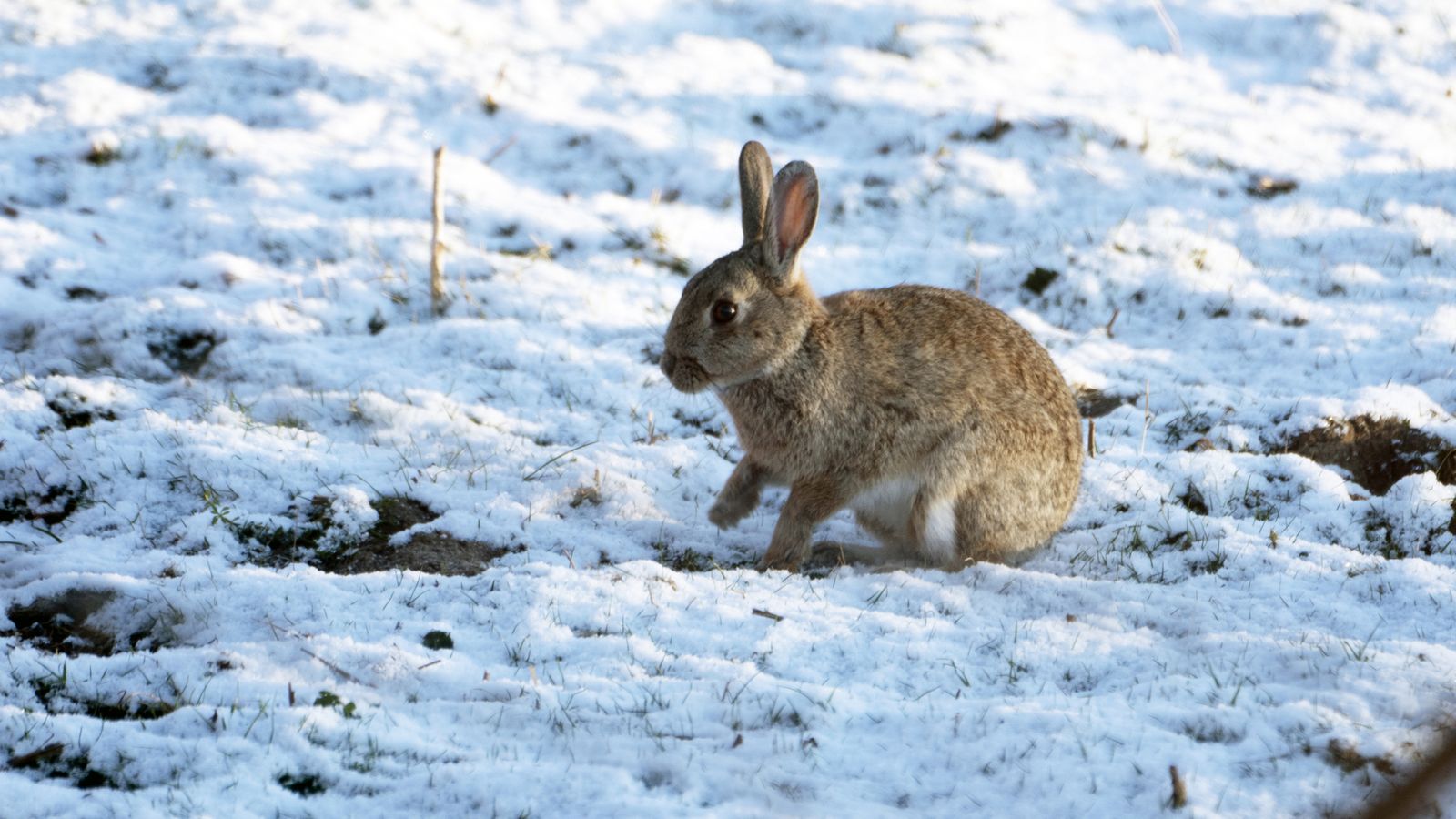 In a swift turnaround after a warm and sunny Easter Sunday, Britons have braced for near-freezing temperatures as snow falls in some parts of the country.

People woke up to snow in parts of Scotland and northern England after forecasters warned the country would face a “bitterly cold day” on Easter Monday.

The Met Office has issued yellow warnings for wind and snow for most parts of Scotland, as well as snow and ice warnings in Northern Ireland and some areas of Wales.

It comes just 24 hours after the UK basked in warm and sunny weather on Easter Sunday, with temperatures reaching 18C (64.4F) and people flocking to beaches and parks in conjunction with the easing of lockdown restrictions.

The Met Office said highs of 17.9C (64.2F) were recorded in Pershore, Worcestershire, on Sunday, but added it could prepare for temperatures of 7C (44.6F) on Monday, an 11C fall.

The North and North West will see the majority of snow showers, but they could also occur nearly anywhere in the UK early in the week.

Light snow was seen as far south as parts of London on Monday morning, while a layer of snow coated parts of Northumberland in northeast England.

Social media users have been sharing photos and videos of the snow from several parts of the country, including Shropshire, Oxfordshire and parts of Scotland.

Explaining the contrast in weather from Easter Sunday to Easter Monday, Met Office forecaster Simon Partridge said: “There’ll be a drop of 11C (51.8F) between one day and the next, so you will definitely notice it!”

He explained a change of wind direction would bring a change in the atmosphere, leading to chilly weather.

“The air we had on Sunday came in from the south so it’s pretty mild having come off the continent,” he said.

“That will introduce much, much colder air across the whole country,” he continued.

Image: A layer of snow coated parts of Northumberland

Parts of northern England can expect sub-zero temperatures, while the mercury could drop to -7C (19.4F) in some areas of Scotland, the Met Office warned.

As much as 15cm of snow could fall in northern Scotland, where snow warnings are currently in place.

Other areas will see snowfall of 1cm to 2cm.

In Scotland, yellow warnings are in place until 10am on Tuesday with winds of up to 70mph.

The Met Office said the east and west coasts can expect a “wintry mix” of showers, which may include some hail.

She said there will be “strong northerly winds feeding through frequent rain, hail, sleet and snow showers, mainly across northern and eastern parts of the UK where blizzard conditions are likely”.

“Winds will be strong to gale force across coastal areas too, with severe gales and local storm force gusts in the extreme North East to begin with,” she added.