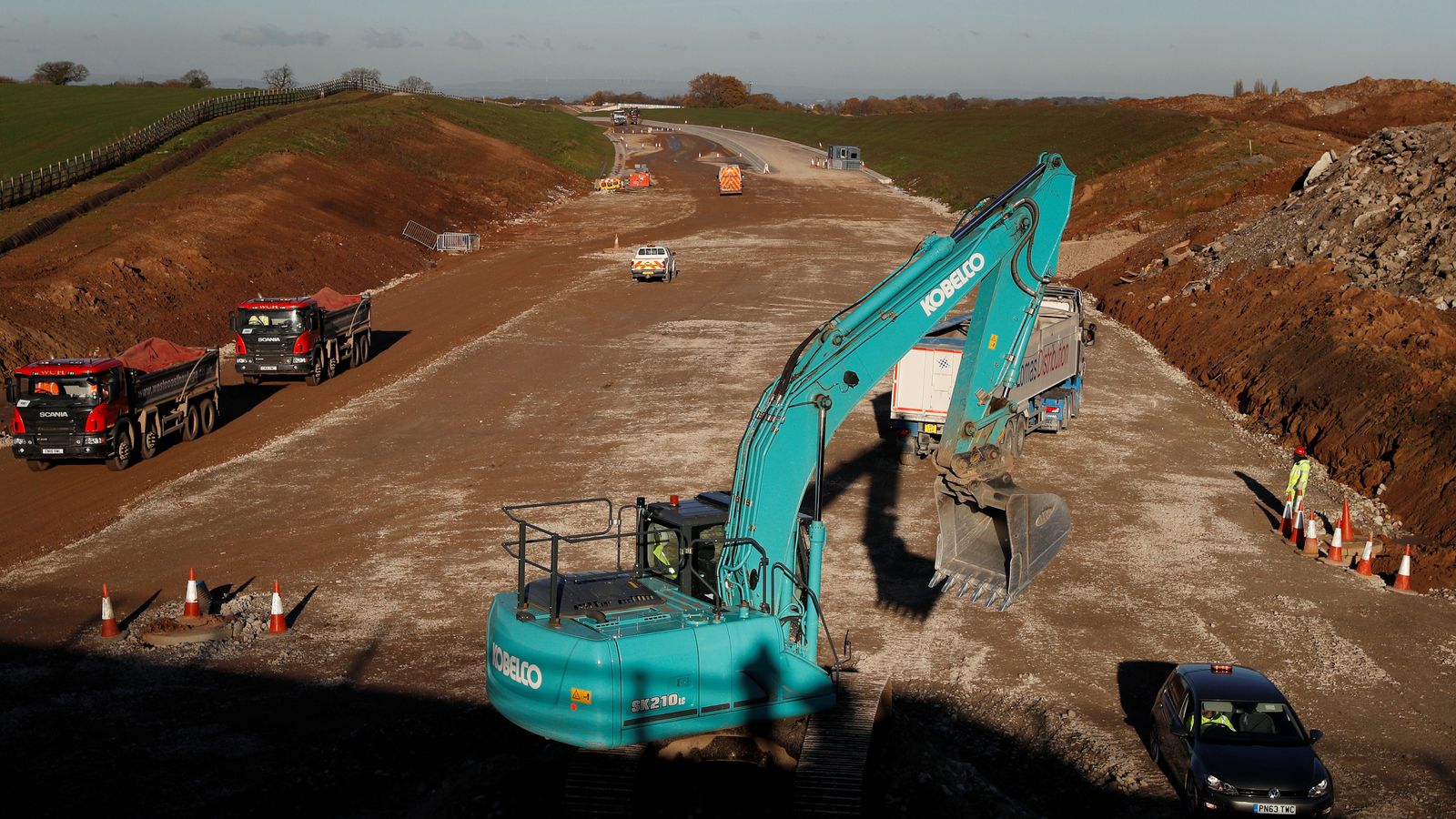 Carbon emissions from England’s £27.4bn roadbuilding scheme will be about 100 times greater than the government has claimed, expert witnesses have told a court.

The government has said the carbon impact of its “Road Investment Strategy 2” (RIS2) will be too small to be material, at just 0.28 megatonnes (Mt) of CO2 equivalent from October 2020 until 2032.

Under the plan, running from April 2020 to 2025, schemes will include the Stonehenge tunnel and the new Kent to Essex route called the Lower Thames Crossing – as well as 4,000 miles of road.

Image: A tunnel is to be built near Stonehenge as part of RIS2

Environmental campaigners Transport Action Network (TAN) are seeking a judicial review as they claim the plan will not meet climate change commitments made by the UK government to reach net-zero by 2050.

Testimony from two expert witnesses, both of whom have previously advised the government, said the Department for Transport (DfT) “substantially underestimates the full impacts of RIS2” because it has only analysed parts of the project’s emissions.

Phil Goodwin, emeritus professor of transport policy at University College London and the University of the West of England, told the High Court: “There is a glaring problem, on which DfT’s witnesses make no comment, that the total emissions of carbon from RIS2 schemes reported by Highways England in its separate scheme appraisals give a number which is roundly 100 times greater than that suggested by DfT witnesses.”

He said the DfT has not published an assessment of the “full impact” of RIS2 and the 0.28Mt figure only relates to five “new” schemes out of 50, not the “total capital/construction emissions”.

Another expert witness, Professor Jillian Anable, professor of transport and energy at the University of Leeds, said the government has failed to take into account the amount of emissions over 60 years, which is the period Highways England has appraised for the plan.

She said that figure is forecast to be more than 10Mt of CO2.

Image: Construction emissions have not been taken into account, the two expert witnesses said. File pic

Professor Anable said the government had not calculated the total amount of carbon emissions arising from construction, which can be “significant”, or “ongoing increases in emissions due to higher vehicle speeds and induced traffic”.

The government is understood to believe construction emissions are accounted for under the carbon trading scheme.

A ban on new petrol and diesel cars from 2030 under the government’s decarbonising scheme will dramatically reduce car-induced emissions, the DfT has said.

Image: The government has banned new petrol and diesel cars from 2030

Chris Todd, director of Transport Against Action, told Sky News he thinks the government is being “less than straight with the public”.

“The government can’t go on pretending to be a leader on tackling climate change when it is continuing to fail to address emissions from road transport,” he said.

“Transport is the stand-out sector where we are failing to reduce emissions. We need urgency – electrification is not enough, nor can it come fast enough.

“We believe we have a strong case, but as ever, these things are for the courts to decide.”

Both expert witnesses have said in order to calculate the true effect of emissions from RIS2, the government needs to look at emissions from:

• Road users during the scheme’s lifetime, particularly from expected traffic generated by the presence of the road, including traffic speed changes

• Effects of the roads on activity and settlement patterns, especially when they enable housing, office and retail developments and increase car ownership and more warehousing and freight logistics

• The combined effects of the many roads planned under the scheme.

DfT lawyers tried to rule the expert witness statements inadmissible, but judges have now ruled their evidence should be heard.

A High Court hearing is expected in the summer. DfT said it does not comment on ongoing legal proceedings.

Image: The Daily Climate Show is at 6.30pm and 9.30pm Monday to Friday

First airing on Wednesday 7 April, the show will also highlight solutions to the crisis and show how small changes can make a big difference.

Climate change: Revealed – how many Britons are unwilling to change their habits to tackle the crisis