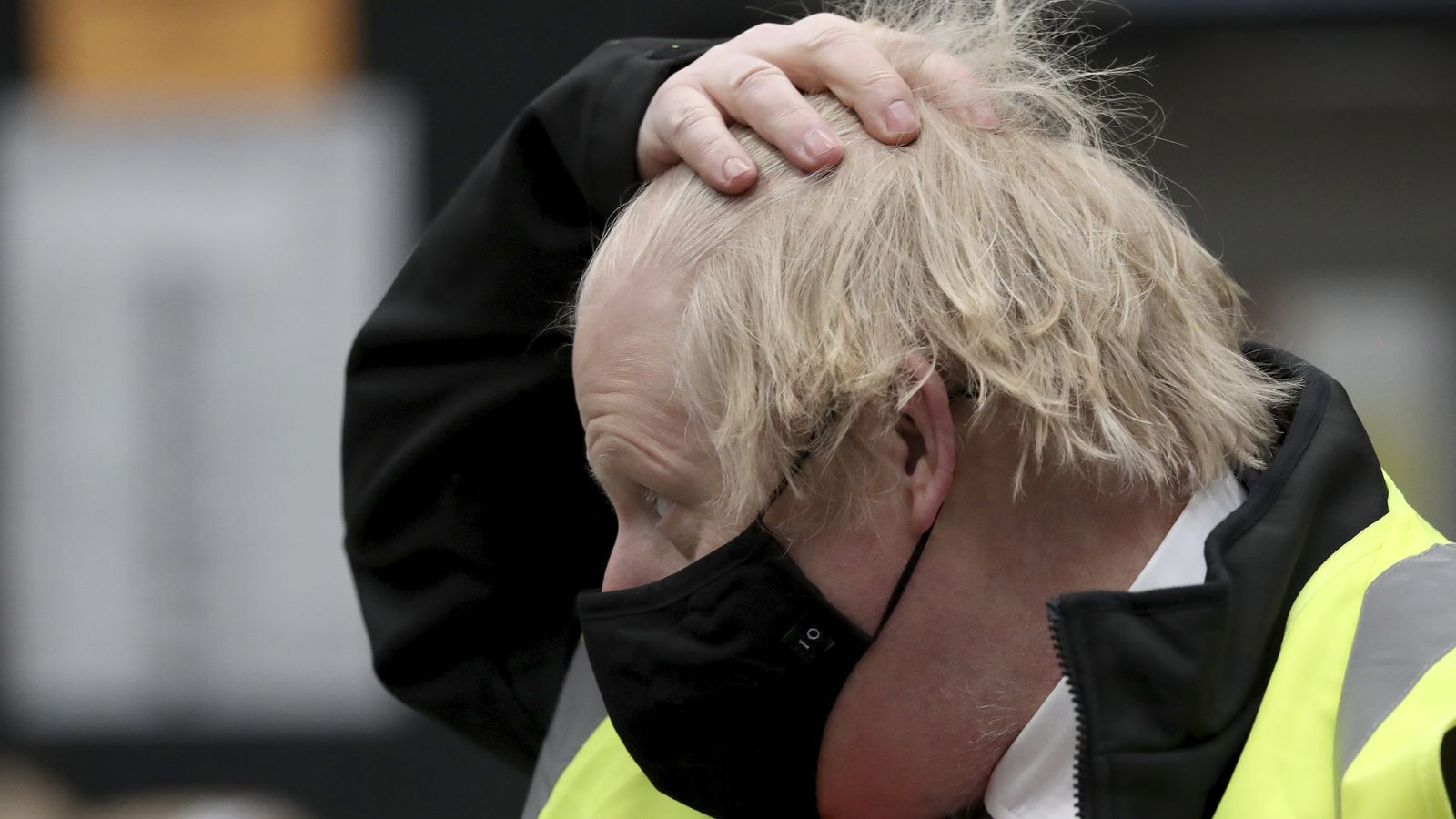 Opposition parties are withholding their support for the government’s domestic COVID passports plan in a warning that Boris Johnson could struggle to get his proposals through the House of Commons.

Labour leader Sir Keir Starmer said his party “do not support the government’s plans in their current form” and attacked ministers’ thinking as “a complete mess”.

Meanwhile, the SNP’s Westminster leader Ian Blackford has played down reports his party will consider backing the government on domestic COVID passports.

With more than 40 Conservative MPs having already joined a cross-party campaign against the use of COVID passports within the UK, the government could face a battle to win parliamentary approval for any plans.

Despite a mounting backlash at plans dubbed “papers for the pub”, ministers are pushing ahead with plans to pilot a COVID passport scheme at events such as the FA Cup final.

And although the government has said no such scheme will be in place during the next two phases of easing lockdown restrictions – when pubs and restaurants reopen outdoors and then indoors on 12 April and 17 May – they have left open the possibility of COVID passports being widely used later this year.

Cabinet Office minister Michael Gove has been leading a review into COVID certification – which could be based on whether someone tests negative, has been vaccinated or has immunity after recovering from the disease – over the past few weeks.

In a government document published this week, it was stated that ministers believe there are some settings – such as public transport and supermarkets – where people “should never be required” to prove their COVID status.

However, the document added that COVID certification could play a role in other settings – such as hospitality, theatres, nightclubs, festivals or sports events.

Asked whether Labour would oppose a COVID passport scheme – if only used for large events and not for UK shops and pubs – Sir Keir said on Wednesday: “We do not support the government’s plans in their current form, it’s as simple as that.

“In fact the government’s plans seem to be changing on an almost daily basis.

“Only a few weeks ago the prime minister was saying that he was thinking of passports, vaccine passports, to go to the pub. Now he says he isn’t.

“One day he is talking about tests, then certificates – it’s a complete mess. There isn’t a real plan around this.

“What I fear is it will be another example of a government with a plan that doesn’t work, costing lots of taxpayer money, when I think the focus should be on getting as many people vaccinated as possible.

“That’s the light at the end of the tunnel. And closing the massive gap that we’ve still got in our defences, which is people who can’t afford to self-isolate because statutory sick pay isn’t enough and the government’s scheme doesn’t cover very many people.

“So let’s fix the problems we’ve really got.”

Despite him leaving room for Labour to support the government’s plans in future, Sir Keir denied his party’s position on COVID passports was confusing.

“I don’t think it’s confusing to say we do not support the government’s plans, that is very clear and very straightforward,” he added.

“We do not support the government’s plans in their current form – I don’t think you can get clearer than that.”

Meanwhile, Mr Blackford claimed the issue of COVID passports was “mired in confusion and contradiction”.

After the Daily Telegraph reported he was considering backing COVID status checks, he posted on Twitter: “On the basis of the information available, SNP MPs would not support Tory plans due to serious concerns over ethics.

“Depending on the global context, there might be a need to consider means to facilitate international travel. Any such proposals could only be agreed in full consultation with the devolved governments.

“There also remain considerable issues to resolve on equity, ethics and privacy, which the UK government has not addressed.”

The prime minister has previously said there is “no doubt” any proposals for the use of domestic COVID passports would be put to parliament.