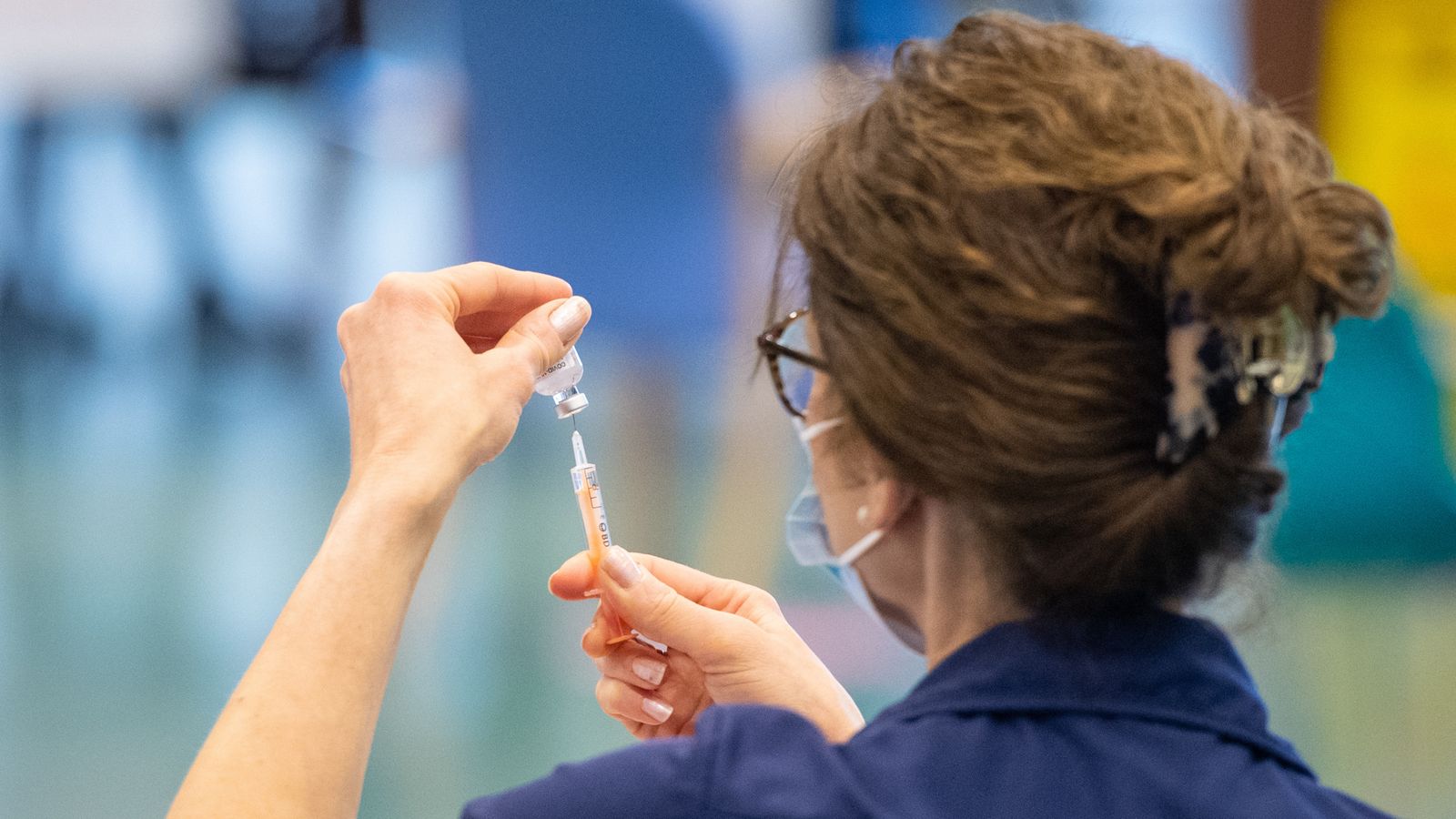 The number of first coronavirus vaccine doses given in the UK yesterday was the lowest since early January.

The latest data shows 40,744 people had their first jab on Easter Monday, the smallest daily figure since 10 January, when vaccination numbers started being published by the government.

The second lowest was Easter Sunday, when there were 48,055 first shots.

The number who had their second shot on Easter Sunday was 47,708, which was the lowest since 14 March.

The figures could be lower because they occurred during a four-day bank holiday weekend.

Health Secretary Matt Hancock tweeted: “Fantastic that 3 in 5 adults have now been vaccinated across the UK.

“Thank you to everyone involved in the vaccine roll-out – we’re making great strides in our national effort.”

Thank you to everyone involved in the vaccine roll-out – we’re making great strides in our national effort. pic.twitter.com/XgDnfDRaec

Also, Downing Street has insisted all adults will be offered a coronavirus vaccine by the end of July as planned despite official estimates of supplies being downgraded.

The Cabinet Office has suggested an average of 2.7 million doses a week will be given in England until the end of July, down from a previous estimate of 3.2 million.

Supplies of vaccines in April have been constrained by the need to test a batch of 1.7 million doses and delays in a shipment of around five million from India.

The government has previously said there would be more focus on second doses being administered in April so Britons would get their booster jab within 12 weeks of their first shot, amid a drop in vaccine supply.

It comes as the UK recorded 20 more COVID-related deaths and 2,379 new cases in the latest 24-hour period, according to the government’s data.

The figures compare with the 26 fatalities and 2,762 infections announced yesterday.

Last Tuesday, 56 deaths were reported along with 4,040 cases.

Since the coronavirus pandemic began, 126,882 people in the UK have died within 28 days of a positive COVID-19 test and there have been a total of 4,364,529 lab-confirmed cases.

Also, there are fresh concerns about the Oxford-AstraZeneca vaccine and its possible links to rare blood clots.

The UK’s Medicines and Healthcare products Regulatory Agency (MHRA) is reportedly considering proposals to restrict the use of the jab in younger people.

And the head of the European Medicines Agency (EMA) says it is “increasingly difficult” to say there is “no cause and effect relationship” between the shot and “rare cases of unusual blood clots”.

However, Marco Cavaleri, head of vaccine strategy at the EMA, told an Italian newspaper that full evaluation work was still “far from being completed” and that the risk-benefit ratio was still in favour of the vaccine.

Of the 18.1 million people who have had the Oxford vaccine in the UK, 30 people have developed blood clots.

The UK regulator has maintained there is no evidence to suggest a causal link between blood clots and the Oxford jab, and that the benefits continue to outweigh any risk.

Also, Dr Rogerio Pinto de Sa Gaspar from the World Health Organisation said there is “no link for the moment” between the Oxford-AstraZeneca vaccine and blood clots.

He told a briefing: “The appraisal that we have for the moment, and this is under consideration by the experts, is that the benefit-risk assessment for the vaccine is still largely positive.”

Meanwhile, Boris Johnson says he has not “given up” on allowing Britons to jet abroad from 17 May – as he raised the prospect of holidaymakers being able to use cheaper and faster COVID tests on their return to the UK.

Under the prime minister’s roadmap for lifting lockdown restrictions, international travel without a reasonable excuse will not be allowed to happen earlier than 17 May.

However, with many countries across Europe suffering a third wave of COVID infections, the government has not yet been able to confirm whether foreign holidays will be allowed beyond that date – leaving many families uncertain whether to book a summer break abroad.