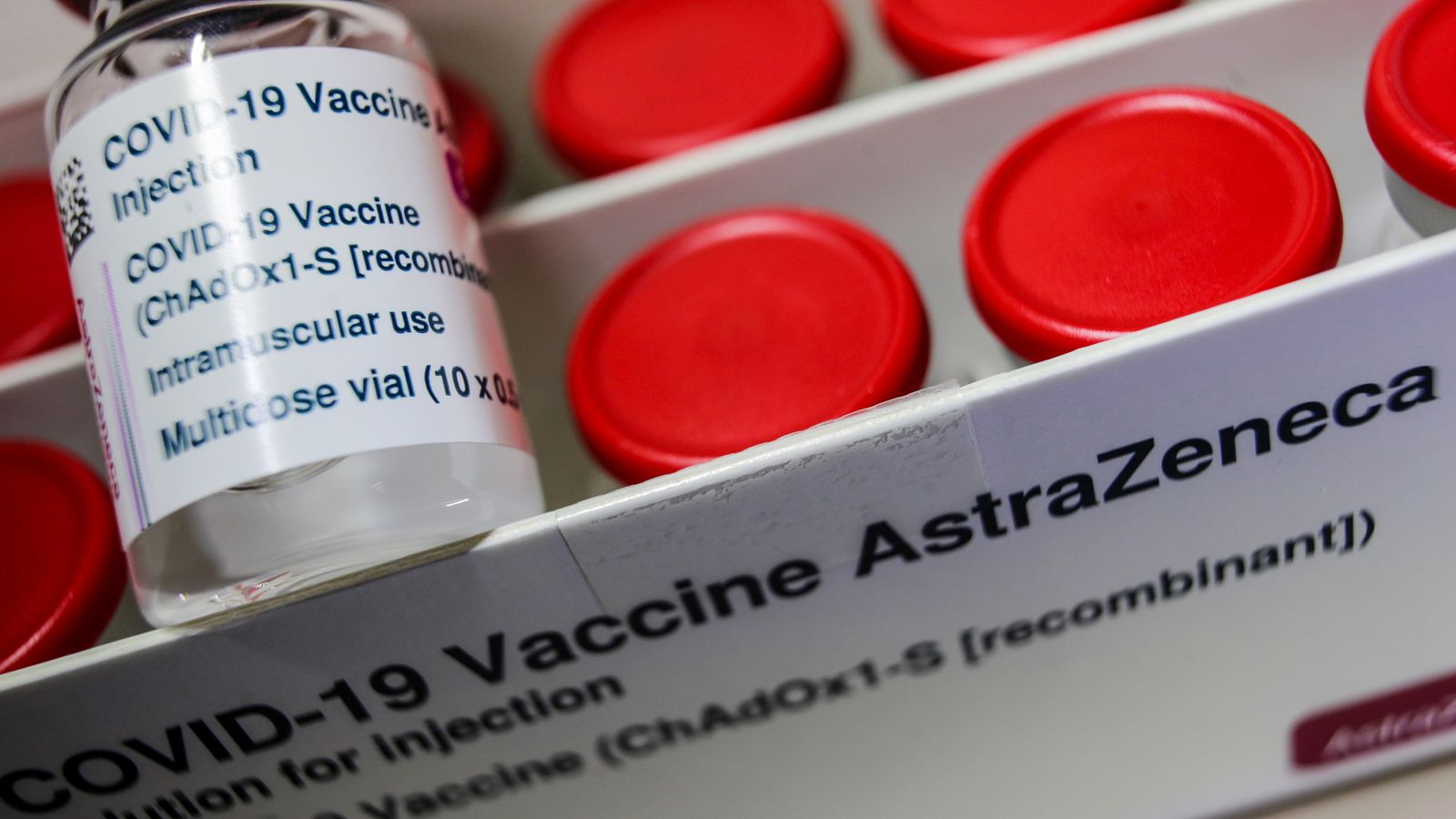 That has been the underlying narrative to the debate over the safety of the AstraZeneca vaccine.

People over the age of 80 have a 2.4% chance of dying if they become infected with COVID, according to the Office for National Statistics (ONS). For them there is no question that vaccination is safer than the disease.

But the risk of death to someone in their 20s is around 0.002%. Young people are likely to spread the virus because of their high contact rate, but they are very unlikely to die from it.

So, the young are vaccinated not so much to protect them from the effects of the virus, but to slow the spread of the infection to the wider, more vulnerable population.

In those circumstances a vaccine needs to be ultra-safe.

When the Joint Committee on Vaccination and Immunisation (JCVI) drew up its priority list for the jab last year it drew a line at the age of 50. Below that, it said, there would need to be a risk-benefit analysis for vaccination.

So, does the AstraZeneca vaccine pass the safety test?

Some countries have stopped the rollout to the young and middle-aged because of a possible link to a very specific blood clotting disorder.

Canada and France have suspended its use in the under-55s. Germany draws the line at 60.

The concern is over a rare combination of a low platelet count and clots that stop blood draining from the brain, causing a stroke.

In Germany there have been 31 of the clots – called cerebral venous sinus thromboses – and nine deaths out of 2.7 million people vaccinated with the AstraZeneca jab

In the UK there have been 30 cases and seven deaths in 18 million vaccinations.

It’s more than you would expect to see – particularly because the risk appears to be higher in young women.

They’re not the obvious profile for a stroke.

It may be a statistical freak, but there a growing unease. Some research has identified antibodies in the blood that have been linked to clotting disorders.

That’s why medical regulators are poring over the data, looking for anything that might link the cases. Perhaps they had an underlying health condition – or even undiagnosed COVID, which commonly causes blood clots.

The UK medical regulator, the MHRA, says the benefits of having the AstraZeneca vaccine outweigh the risks. And, again, that is certainly the case for older people.

But for the young the choice is not between the AstraZeneca jab and nothing.

The Moderna vaccine is now being rolled out, along with the Pfizer shot.

Both are RNA vaccines, different technology to the AstraZeneca jab.

Neither has been linked to the brain clots – and the Pfizer shot has been given to tens of millions of people in Europe, North America and Israel.

It’s a tricky decision for the medicines regulator. Confidence in the AstraZeneca vaccine has plunged on the Continent. In the UK it has so far held up.

But if they conclude that the AstraZeneca vaccine can no longer be given to the young, then jabs – and risk – will be assigned based on age.

It’s a difficult message to sell, and it could undermine the rollout.