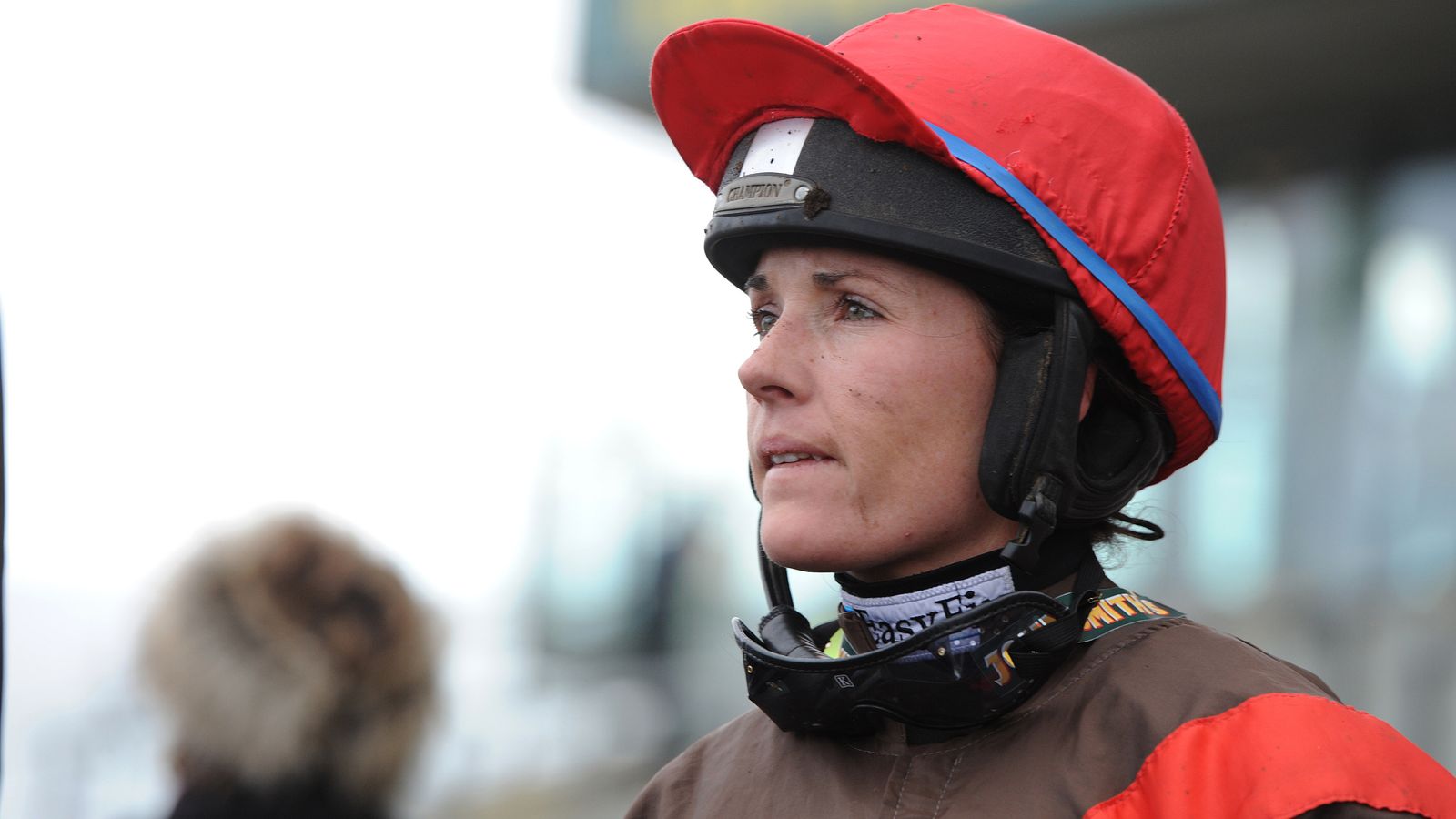 This year the hats, dresses, heels and laughter were replaced by masked, mostly silent caution as COVID-19 forced Aintree to keep away the crowds.

Instead, however, there is the real possibility that Grand National day itself could turn out to be ladies’ day.

It’s been said before – and women riders have come close before: Katie Walsh was third on Seabass in 2012, Bryony Frost fifth on Milansbar in 2018.

Image: Bryony Frost after winning the Ryanair Steeple Chase in 2019

But the prospect of the National’s first female winning rider feels more serious this year.

Frost tries again, outsider Tabitha Worsley thinks her chances are better than the bookies do, and Cheltenham heroine Rachael Blackmore has a genuine chance of conquering Aintree too.

Blackmore, the first woman to be leading jockey at the Cheltenham Festival three weeks ago, rides Minella Times, which some bookies rate as third favourite.

Image: Rachael Blackmore has a genuine chance of conquering Aintree

The hype around the 31-year old from County Tipperary is part of the reason for punters’ enthusiasm.

And part of the reason she’s flying is that top trainers are booking her to ride quality horses. Because they know she’s a winner. Chicken and egg.

He trusted her to partner Frodon in the King George VI Chase at Kempton three months ago. She won – the first woman to do so in the prestigious Boxing Day highlight.

A trail is being blazed.

But it would be just like the National to deliver a female winner hardly anyone saw coming. So how about Tabitha Worsley?

She’ll be on board Sub Lieutenant, one of just six horses in the trainer’s yard in Worcestershire. The trainer happens to be Worsley’s mum Georgie Howell.

You can just see the story, can’t you?

And so can they. Both are convinced Sub Lieutenant’s likely 100-1 price would be at least halved if his trainer was more fashionable, and the formbook suggests they could be right.

If history is made today, it would be especially apt in the first National since the suicide last summer of Aintree’s much-loved chairman Rose Paterson, a passionate champion of women in sport.

Her daughter Evie told Sky News: “Ma would have loved Rachael Blackmore’s success at Cheltenham. She would have been so thrilled.

“I feel like she will be smiling somewhere if we get a female winner in the National.”