Prince Philip dies: Tearful Countess of Wessex says ‘the Queen has been amazing’ as she leaves Windsor Castle 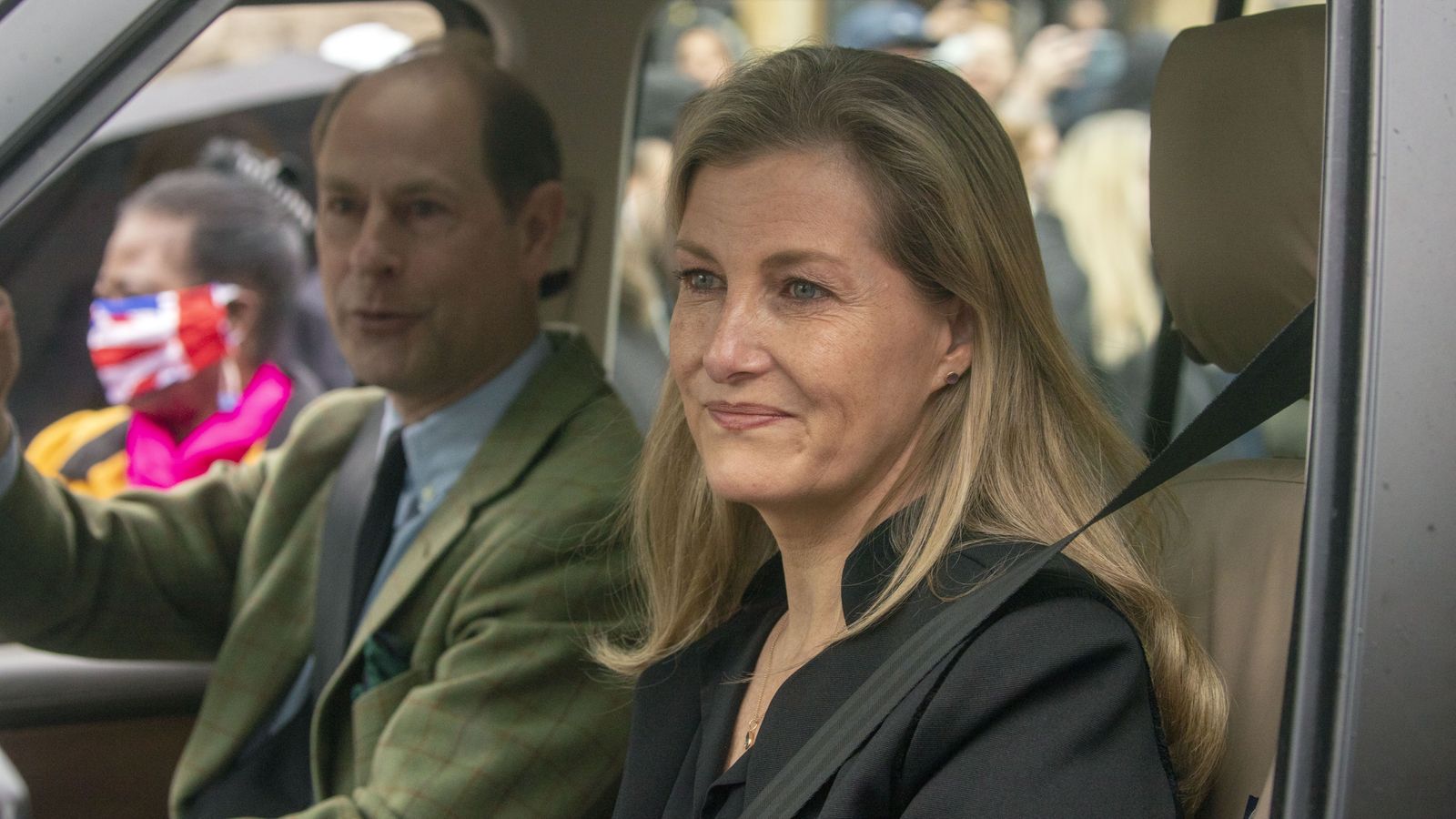 Prince Edward’s wife Sophie had tears in her eyes as she told Sky News that “the Queen has been amazing” following the death of her husband, as she left Windsor Castle after visiting the monarch.

The Countess of Wessex made the remarks to Sky’s royal correspondent Rhiannon Mills shortly after midday, having arrived with her husband about an hour earlier to mark Prince Philip’s death.

Image: Prince Edward and his wife Sophie arrived at Windsor Castle shortly after 11am Image: The royal couple left the grounds of Windsor Castle about an hour later

Around half an hour later, Prince Andrew was seen leaving Windsor Castle after visiting the Queen.

The Duke of York waved to the public as he drove his Range Rover down a street packed with crowds.

The government has warned people to continue following COVID-19 rules in the wake of the royal death, and to not gather at Buckingham Palace or Windsor Castle.

However, hundreds of people have already travelled to the royal residences.

Image: Prince Andrew waved at the public as he drove away from Windsor Castle Image: The Queen and Prince Philip pictured marking their golden wedding anniversary in 1997

Gun salutes also took place aboard some Royal Navy ships and in Gibraltar.

The duke had strong military links, including serving with the navy during the Second World War.

“He has, quite simply, been my strength and stay all these years, and I, and his whole family, and this and many other countries, owe him a debt greater than he would ever claim, or we shall ever know.”

-Her Majesty The Queen, 1997. pic.twitter.com/wbSldSavNA

A tribe on the remote island of Vanuatu which hailed Prince Philip as a god is expected to mark his death with ritual wailing and ceremonial dancing.

The villagers believed the Duke of Edinburgh to be a reincarnation of an ancient warrior who left the archipelago to fight a war.

Philip had maintained a respectful 50-year relationship with the tribe before his death on Friday.

COVID 19: More than 32 million have had first jab