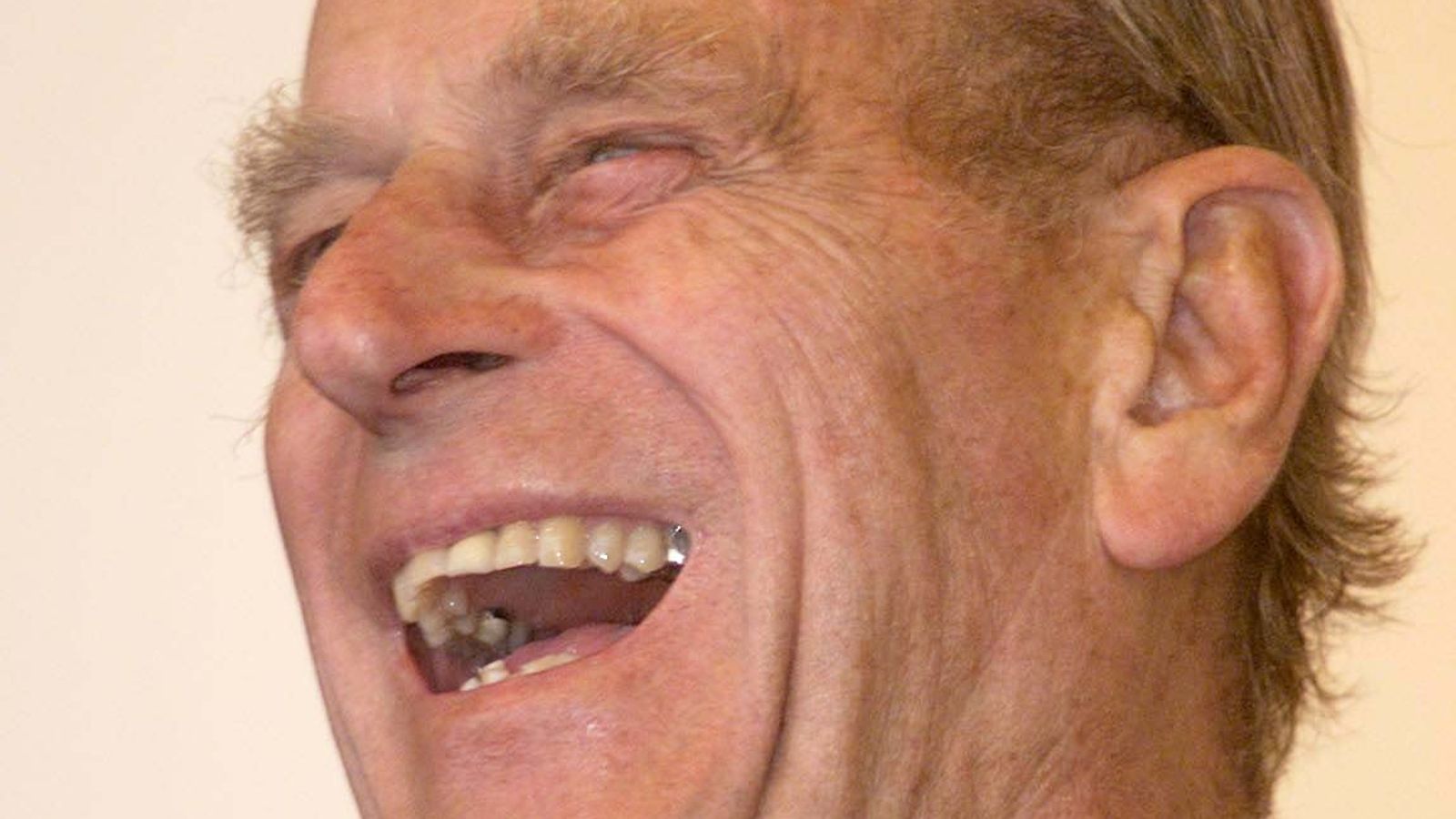 Sky News readers have been recalling their personal encounters with Prince Philip following the Duke of Edinburgh’s death at the age of 99.

They include one person who, as a child, got chocolate marks on the Duke’s trousers, another who had her nose tweaked by the royal when she was a baby, and a third who had a chance encounter with the prince while he was carriage driving.

Read on for some of the best anecdotes.

Sarah Prince on chocolate finger marks on the prince’s trousers

She wrote: “Many years ago Prince Philip attended club dinners at Windsor Rugby Club, of which he was patron. My late dad was a lifetime member of the club.

“At one of the dinners in the late ’70s, me being at an age where everything needed to be touched, I managed to cover his trousers in sticky, chocolatey finger marks.

“He commented to my dad that I could pay for the dry cleaning when I was old enough. Indeed I did make a donation to charity in respect of that when I got my first job.

“Some 25 years later, my son had the pleasure of meeting Prince Philip at a Windsor Rugby event and took great delight in reminding him of my infant mishap. I have no idea if he really did remember, but he told my son that the chocolate didn’t come out so he’d had to buy new trousers!”

Tania Messenger on her nose being tweaked

She wrote: “My grandad met him many times whilst in the Navy and afterwards.

“I met him too with my mum, although I do not remember it as I was just a baby.

“Prince Phillip was visiting Portsmouth with the Queen in July 1980, he stopped to chat with my mum, pulled back my blanket and tweaked my nose!

“My mum wrote to him afterwards and got a reply. He will always be in our hearts.

“Thinking of the Queen and the Royal Family today.”

Sandra Stanley says her father, who helped build Concorde, met him during a royal visit six decades ago

She sent an image of their encounter, along with the following message:

“Memories of my dad, Bernard Hewlett, showing the Duke of Edinburgh around Smith’s Industries at Cheltenham in the 1960s. Dad contributed towards the electronic components to Concorde.”

He wrote: “I had the absolute honour of meeting him informally in March 2010, one peaceful Monday morning as I ambled around a deserted Virginia Water lake with some South African visitors.

“We were the only people there walking along the narrow path and suddenly in the distance this very British vision of horse and carriage drove into view 100 yards or so away.

“I was on camera duty recording memories of my friends’ visit and duly raised my camera and fired off a couple of shots as the carriage passed (with me and my friends standing in a ditch to allow it to do so).

“It was only on lowering the camera as the carriage drew level with me that my jaw dropped and I realised who the driver actually was. In rather stunned fashion I offered a “Good Morning, Sir” to Prince Philip, who dipped his head towards me and offered the same greeting in return.

“The moment lasted seconds but the memory will stay with me forever. What a lovely man, especially in such an ‘off-duty’ environment.”

Jayne Griffiths on the Duke making a beeline for her father

She wrote: “My parents and I had the pleasure of meeting the Duke of Edinburgh.

“Photographed here on board THV Patricia, he was the former Master of Trinity House. My dad stood behind him to the left and was commanding officer of the vessel at the time.

“Many years later we were invited to a Royal Garden party at Buckingham Palace.

“We were not due to be introduced to the Duke but he made a beeline for my dad when he spotted him (totally ignoring the queue of people awaiting a formal introduction. His conversation was light-hearted and full of humour.

“I will never forget a story my mum told me when she first met the Duke at a cocktail party during Cowes Week in the 1980s. He asked her who cut her lawn whilst my dad was away at sea for weeks at a time. She replied ‘well I do of course’ before asking him the same question!”

He wrote: “A number of years back I had the privilege of opening the gates, whilst on duty at Wellington Barracks across the road from Buckingham Palace, to His Royal Highness Prince Philip.

“It was when he drove himself around central London in his private dark green London taxi that he owned.

“It was a midweek afternoon, and we had around 5-10 minutes notice that he was expected! Which wasn’t unusual in situations like that.

“However, he pressed down the window as he drove through and in his usual way of being direct said ‘thank you very much, and have a good afternoon!'”

She wrote: “I was on a course to learn how to send telex messages on a day the Queen and Prince Philip were visiting Sussex Police headquarters.

“He stopped alongside me and said, ‘do you think I could use this to contact my bookies?’. It was a lovely moment. I have never forgotten it.”

Prince Philip: ‘A capacity for unbridled kindness but intolerant of faff’