Sir Richard Sutton: Man arrested over murder of one of UK’s wealthiest men released from hospital 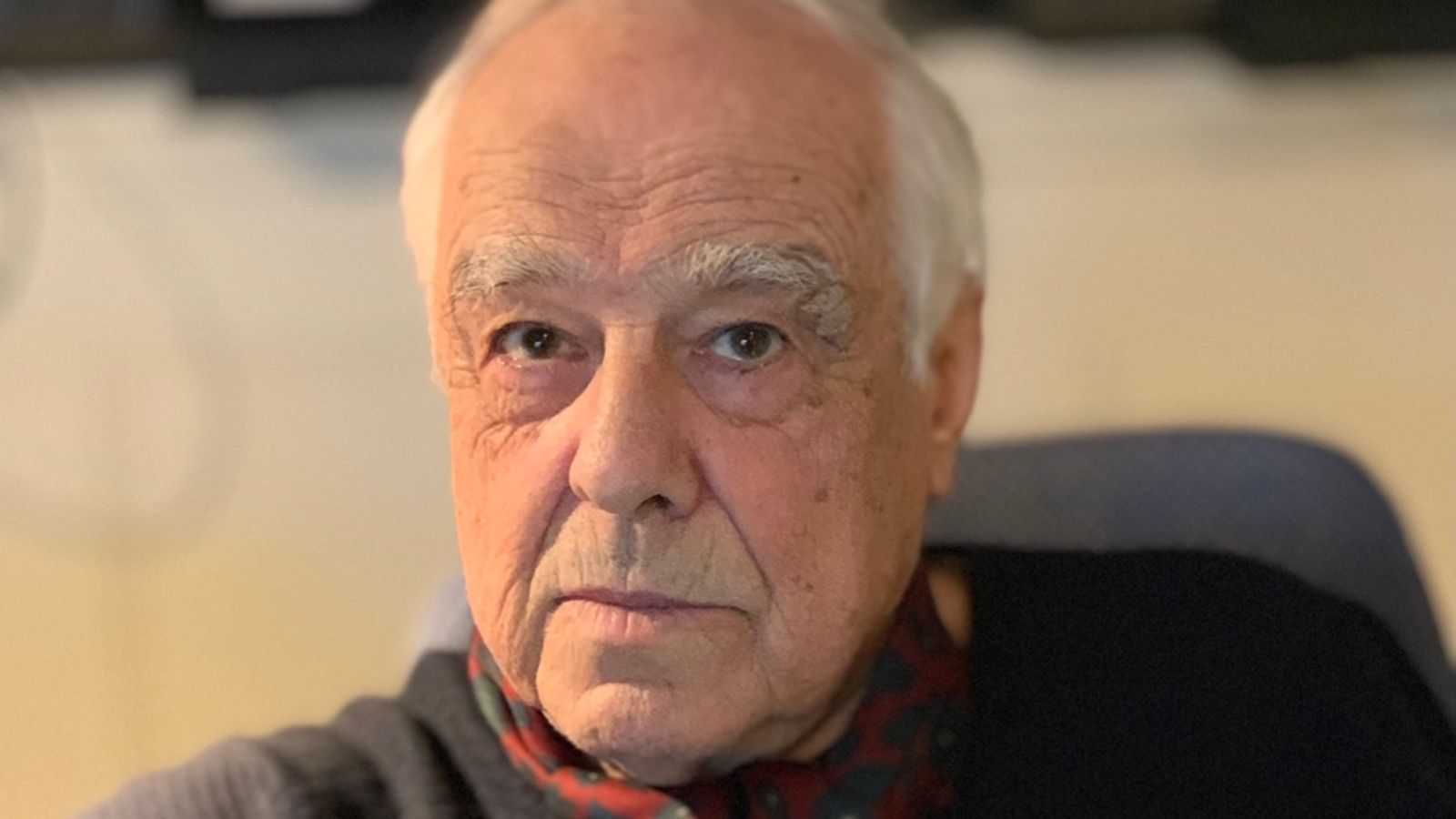 A man arrested on suspicion murdering one of Britain’s wealthiest men has been released from hospital.

The 34-year-old was arrested on Wednesday evening after a car he was travelling in was “forcibly stopped” by police officers more than 100 miles from the scene of the killing.

Hotelier Sir Richard Sutton was stabbed to death at his home in Dorset on Wednesday evening.

Image: Scene of the arrest in Chiswick

A witness told Sky News how officers swooped on a vehicle in west London on Wednesday night.

Maureen Kane said: “I looked out of the window and saw about 20 police cars, they were swerving to block this car in, and there were police officers all around the car with what looked like machine guns pointed at it.

“I thought it was a scene from a movie at first.”

A woman – named in reports as Sir Richard’s wife – was also attacked during the incident at Higher Langham, near Gillingham.

She was seriously injured and airlifted to hospital in Bristol where she remains in a critical condition.

Dorset Police said on Friday that the 34-year-old suspect, from the Gillingham area, was “assisting detectives with their inquiries”.

The force added that the man was known to the victims.

Detective Inspector Simon Huxter said: “Our thoughts remain with the family of the man who sadly died and the injured woman, who will continue to be updated with developments.

“A detailed and thorough investigation continues in an effort to establish the full circumstances of this utterly tragic event.”

A statement from Sir Richard’s company said: “Sir Richard was a caring, generous and warm family man, who genuinely regarded those who worked for him as part of his extended family.

“Sir Richard was passionately devoted to both his company and its people, setting the highest standards for quality in the hotel, farming and property interests within the group.

“His loss will be felt by everyone within the company, those who worked with him, and his family who have lost an incredible individual. Our thoughts are with the Sutton family at this tragic time.”

According to The Sunday Times, Sir Richard’s fortune was worth an estimated £301m in May 2020, making him the 435th-wealthiest person in the country.

He owned the five-star Sheraton Grand and Athenaeum hotels on London’s Park Lane.

The entrepreneur had an extensive property and farming portfolio, including the 6,500-acre Benham Estate in West Berkshire and the Stainton Estate in Lincolnshire.

Anyone with information should contact Dorset Police at 101@dorset.pnn.police.uk or by calling 101, using crime number 55210054816.

Prince Philip: Gun salutes to be fired across UK to mark Duke of Edinburgh’s ‘legacy of indomitable spirit’