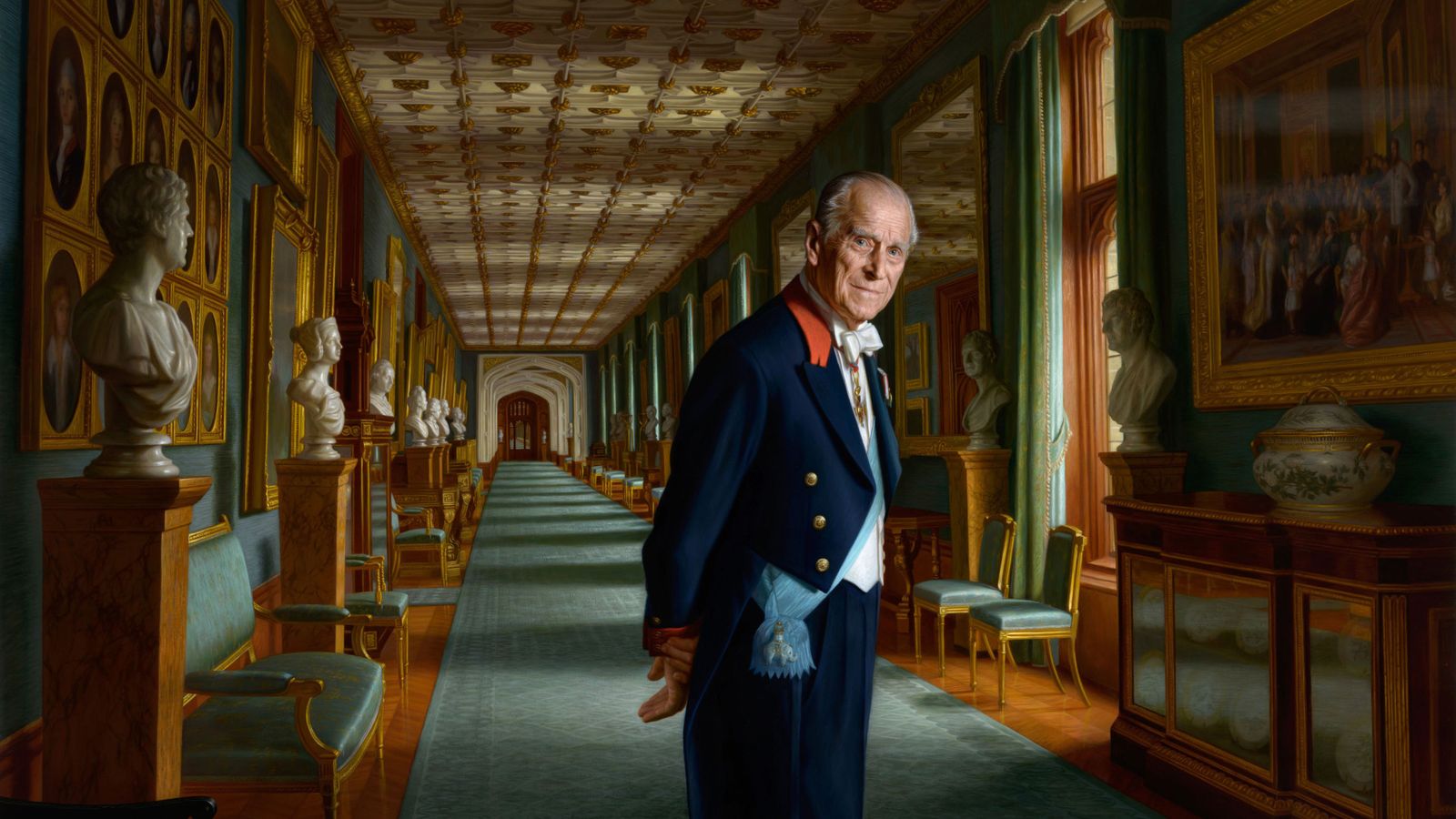 Royal artist Ralph Heimans recounts meeting the Duke of Edinburgh, a man of “incredible presence and charisma” – and most of all “fun”.

Mr Heimans approached Buckingham Palace as he was planning an exhibition at the Museum of National History in Denmark and thought a portrait of Prince Philip would be a perfect addition since he was born a Prince of Denmark, as well of Greece, and had a close association with the Nordic country.

The duke’s grandfather, George I of Greece, was a Danish prince born in Copenhagen, while his great grandfather Christian IX was king of Denmark from 1863 to 1906.

A request was made to the royal household – and it was soon accepted.

Mr Heimans recalled: “It all happened very quickly – the sitting was just 16 days later, they were very accommodating.

He chose Windsor Castle for the setting since it felt like the prince’s “main focus. It was home”.

The artist added: “He managed the estate at Windsor, he restored it after the fire, so had a lot of personal involvement apart from just being a family home.

“It was an interesting discovery to learn both his mother and grandmother were born there.

“They were born in a room at the end of this grand corridor which isn’t open to the public, but the palace provided access to me and when I first saw it, it blew me away, it was so stunning – it was like looking into history. And a very personal history for Prince Philip.

“It was almost like a visual manifestation of his long life which was steeped in history.

“For me, he represents history for us, and that’s what I wanted to express.”

Mr Heimans was granted a one-hour sitting with the duke, which he said was “fun”.

“He was actually really fun to meet.

“He had a way of putting you at ease immediately. He walked in unannounced… He was very relaxed.”

He added: “He had an incredible presence and charisma. He was very impressive.

“The prince was 95 at the time, walked without a cane, he was upright, alert as ever, witty and sharp – it was a wonderful experience.”

Image: Mr Heimans did not want to paint the prince (picture here in 1996) in his military uniform in order to ‘access the individual’. Pic: Associated Press

Mr Heimans said the prince revealed he was a painter himself, and liked to paint in his spare time, so he was interested in the process of a portrait.

“Philip was engaged with the ideas because I think his Danish roots were important to him and he understood what I was trying to achieve with the portrait… It was just a really great sitting.

“I very consciously wanted to get the fact he’s accessible across.

“I wanted him to look like somebody we could relate to because sometimes when you’re wearing full military uniform with medals etcetera, it’s almost hard to access the individual.

“He was just a fun person to be with. There was a sense of fascination and joy and of course I really wanted to capture that expression, a sort of nuanced expression, that sparkle and wit.

“When we see images of Prince Philip in the media we often see him with his hands behind his back, walking around and he has this very distinctive turn of the body where he turns around and I thought how wonderful it would be if he were turning to the viewer.

“When you were in his company, he looked right at you.

“He was very direct, he liked direct answers, I think that’s the kind of person that he was – he appreciated honesty and directness and that was the way he looked at you.

“I thought his expression in the painting was very characteristic.”

And finally, when Mr Heimans unveiled the finished painting to Prince Philip and his private secretary, he had been warned not to expect any comment.

But, he said: “We talked about some of the details in the work and I got some very good feedback from the palace.”

Prince Philip: Charles pays tribute to ‘dear Papa’ and says he was a ‘much-loved and appreciated figure’