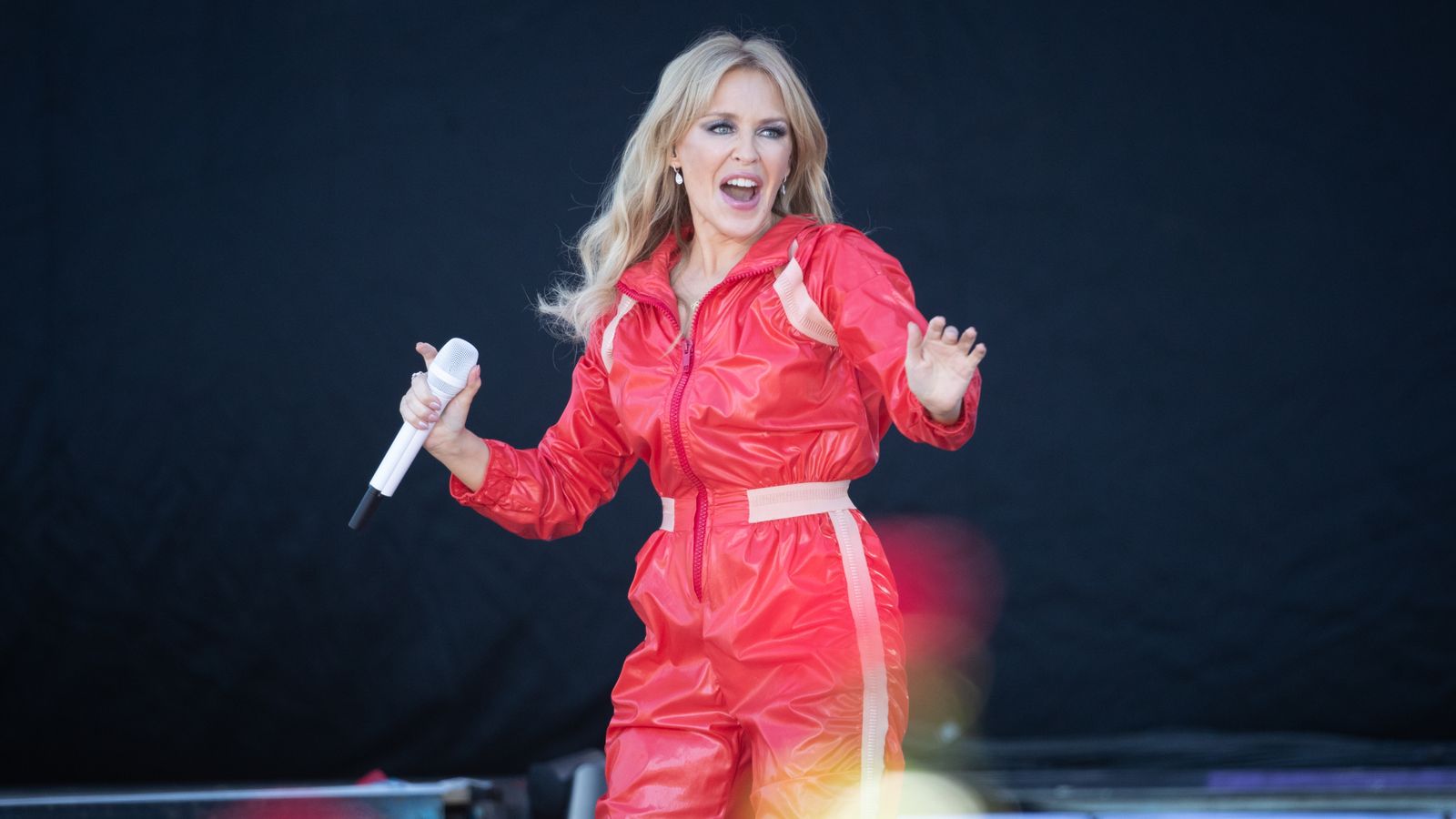 Kylie Minogue says she is relieved she did not rise to fame in the age of social media.

The pop star, 52, told PA news agency: “I have tried to put my teenage self into the modern frame and to be honest, I can’t imagine how I would, or wouldn’t, have handled it.

“It can be such a wonderful source of connect but, as we all know now, it isn’t always easy.”

Image: Kylie says she hopes to still be performing on stage a decade from now

While she would “never have imagined this” at the start of her career, the former Neighbours actress said it is “truly heart-warming and mind-blowing to feel like I’ve been on the right path”.

Minogue released her latest album, Disco, last year, with plans for the tour put on hold due to lockdown.

The singer said she has missed performing and working with her team – and that when the time comes to get back on the road, she will “love every second of it”.

Kylie was one of the headline acts at what turned out to be the final pre-pandemic Glastonbury Festival in 2019.

She said she hoped to still be recording and performing live in a decade’s time – and hinted that there could be more acting on the cards in the years ahead.

Image: The crowd for Kylie at Glastonbury 2019

Minogue’s interview came as she reached a major milestone for her wine brand, selling her millionth bottle.

The range, which includes the signature Kylie Rose wine, was launched in May 2020 to mark her 52nd birthday.

“I’m overwhelmed with this milestone,” she said. “To think we are just about to celebrate our first birthday and have been able to reach so many people is amazing.”

After countless requests, she revealed she is excited to be launching a rose prosecco in a lovers’ bottle.

“The lovers bottle (with de-bossed glass love hearts) is a tribute to fans the world over, who I call lovers because of the song All The Lovers, and embodies the sentiment behind the pink prosecco – love,” she said.

Nikki Grahame ‘one of the best characters that the world’s ever seen’, says Big Brother co-star Pete Bennett