Nikki Grahame ‘one of the best characters that the world’s ever seen’, says Big Brother co-star Pete Bennett 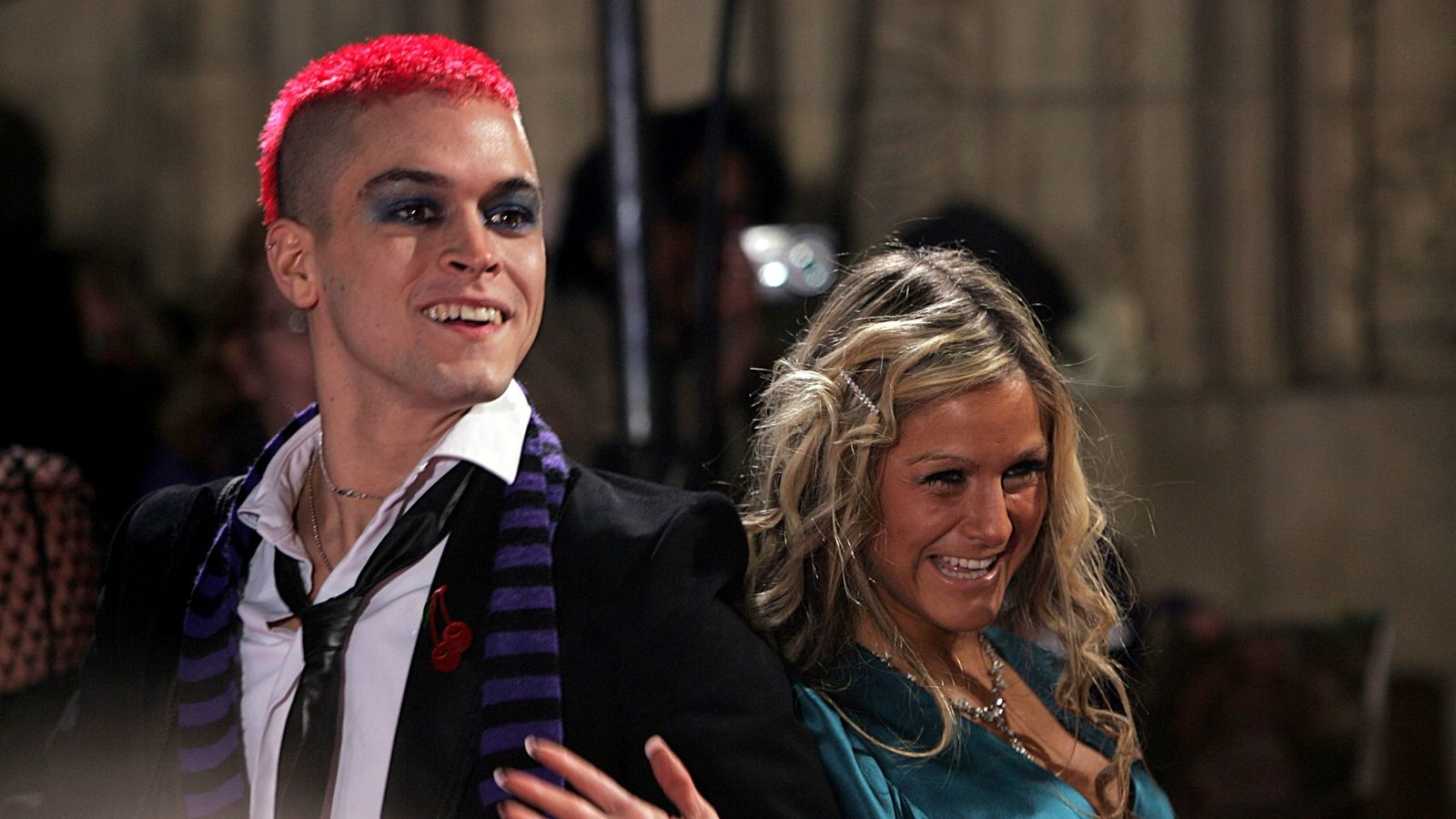 Nikki Grahame was “one of the best characters that the world’s ever seen”, her Big Brother co-star Pete Bennett has said.

Grahame died on Friday at the age of 38, after checking into a hospital for her anorexia nervosa.

Speaking to Sky News on Monday, Bennett, who also posted a video tribute to the star online, revealed that he went to visit her after seeing a fundraiser for Grahame online.

Image: Pete Bennett and Nikki Grahame left the Big Brother house as a couple in 2006

“When I found out she was ill in the last lockdown, she told me not to say she was getting care but she rang me up and said ‘Pete I’m ill, come and get me in the clinic’, but this lockdown happened and I remember seeing the fundraiser Carly and Leon had made… and I was like ‘oh my god she’s really, really ill man’.

“I was in London at the time and I just went and got in the cab and went over there, and my girlfriend who is a mental health nurse, and we just tried to give her as much love and support… and because it’s me… I thought the love I had would just boost her up and get her out the darkness.”

He added that the lockdown restrictions have been tough for many people, exacerbating issues for those with mental health difficulties.

“Look at what it’s done, it’s taken one of the best characters that the world’s ever seen, it’s just rubbish man,” he added.

Grahame had previously recounted her struggles with anorexia nervosa in two autobiographies, revealing she has been into several centres throughout her life to help try and treat it.

“Eating disorders are a very complex mental health disorder and they need specialist intervention which is why we’d really encourage anybody who’s suffering, or anybody who sees a family member friend suffering, to seek help at the earliest opportunity.

Image: Grahame shot to fame on Big Brother in 2006

Talking about what help is available, Ms Reynolds said: “The first step is to see your GP. There is a lot of information on Beat’s website, which can help you understand what condition you may be suffering with and can give you vital information about how to communicate this with your doctor.

“But getting to your doctor and getting a referral to an eating disorder service is the first point of call, and the sooner that happens, generally the faster and more sustained recovery can be.”