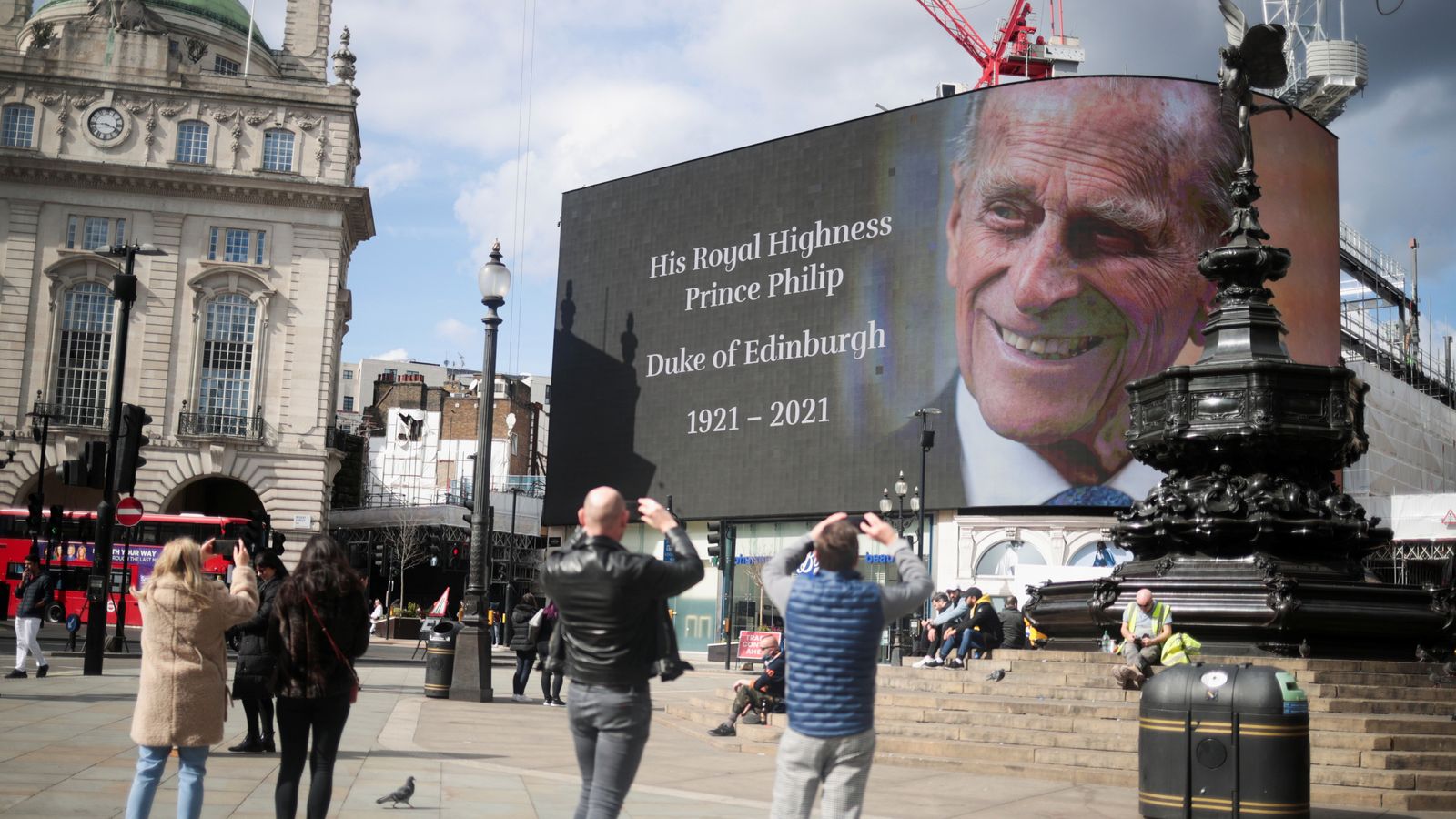 MPs and politicians across the UK are returning early from the Easter break today to pay tribute to the Duke of Edinburgh.

Members are back at the Commons a day early, the Welsh and Scottish parliaments have been recalled, while the Northern Ireland Assembly will also pay its respects.

It comes after a weekend of tributes from the Duke of Edinburgh’s family and the first words attributed to the Queen about his death.

Prince Andrew said the monarch had “described it as having left a huge void in her life”.

Speaking after a Windsor church service, he said his father was a “remarkable man” and that the family were “rallying round” the Queen – who he described as “incredibly stoic”.

He described the death of his father as resonating with many people, saying: “We’ve lost almost the grandfather of the nation.”

She said: “It was right for him and, you know, it was so gentle. It was like someone took him by the hand, and then he went.

“Very, very peaceful and that’s all you want for somebody, isn’t it?”

‘It was just like somebody took him by the hand’

The Princess Royal added her thanks to the public, as she paid tribute to her father as someone who “leaves a legacy which can inspire us all”.

Princess Anne said in a statement: “My father has been my teacher, my supporter and my critic, but mostly it is his example of a life well lived and service freely given that I most wanted to emulate.”

On Saturday, Prince Charles also spoke about his “dear Papa” and said the 99-year-old “would have been amazed” by the tributes to him.

With five days until the funeral, Prince Harry is now reportedly back in the UK and in quarantine.

The Duke of Sussex is said to have arrived at Heathrow on a British Airways flight from Los Angeles at 1.15pm on Sunday.

He was met by police and security on the tarmac and driven away in a Range Rover, The Sun reported, and is thought to have been taken to Kensington Palace.

Meghan is not travelling after doctors advised against it because she is heavily pregnant.

Image: The Duke of Edinburgh meeting Royal Marines during his final engagement in August 2017

The duke will not have time to complete the 10 days’ quarantine but COVID rules allow someone to temporarily leave their place of isolation on “compassionate grounds”, which includes a funeral.

Harry’s return to the UK has been described by former prime minister Sir John Major as an “ideal opportunity” to mend rifts in the family after the Oprah Winfrey interview.

Saturday’s ceremony is limited to 30 people under coronavirus rules and will be televised. It will be preceded by a national minute’s silence.

It will not be a state funeral, which is usually reserved for the monarch, and is in line with the duke’s own wishes.

He will also not lie in state and his body remains at rest within a private chapel in Windsor Castle.

No public processions will take place and the public is being urged not to turn up at the castle.

Prince Philip: Harry ‘back in the UK’ ahead of Duke of Edinburgh’s funeral on Saturday