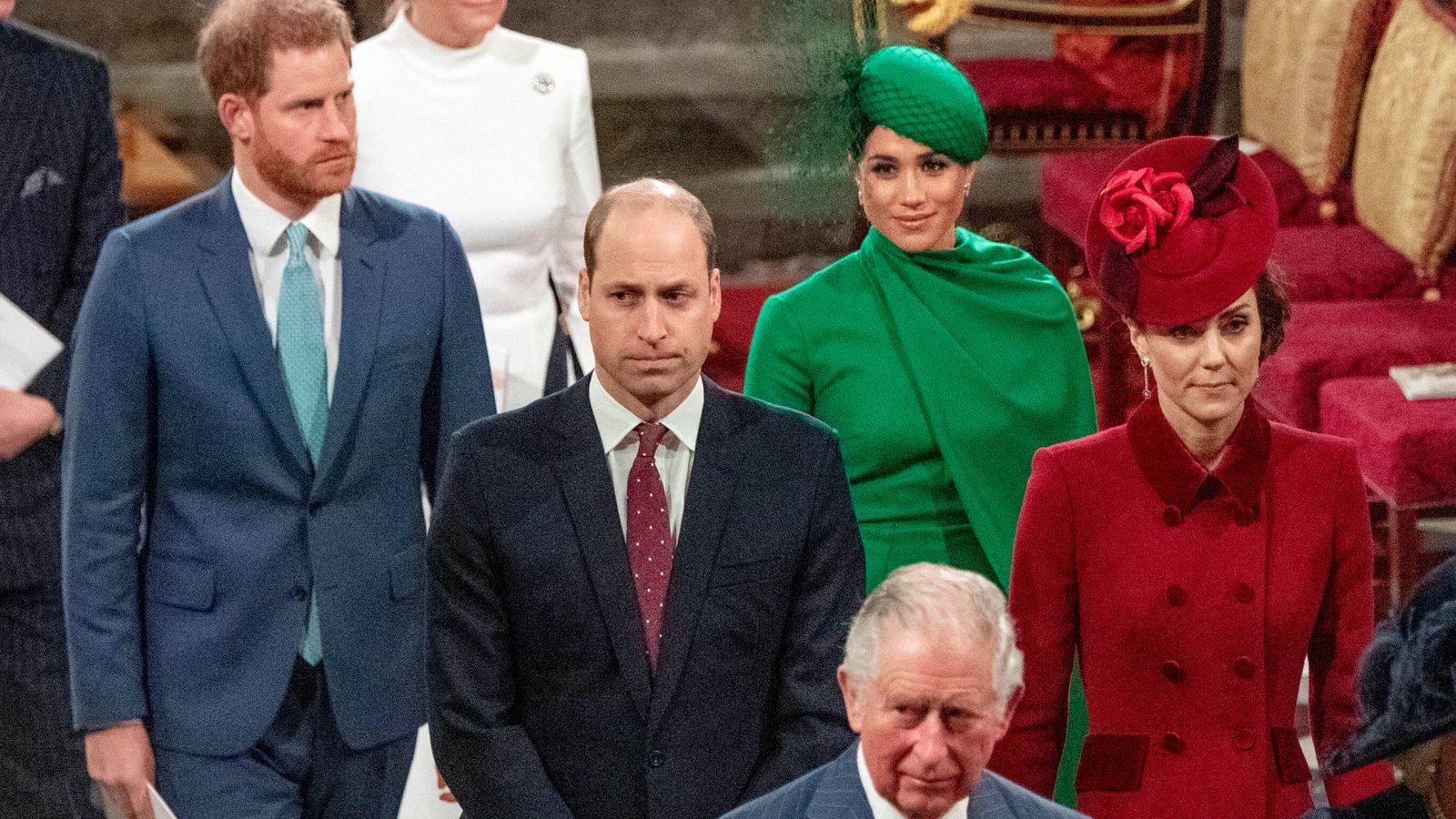 Shared grief over the death of the Duke of Edinburgh is an “ideal opportunity” to mend rifts within the Royal Family, former prime minister Sir John Major has said.

His comments came after Cardinal Vincent Nichols, the head of the Catholic Church in England and Wales, suggested a coming-together for Prince Philip’s funeral could help heal any tensions.

Prince Harry laid bare details of friction with members of his family during an interview with Oprah Winfrey in March.

Asked during an appearance on the BBC’s Andrew Marr programme if he agreed with Cardinal Nichols, Sir John said: “I’m sure he is right, I hope he’s right, I believe he is right and I certainly hope so.

“The friction that we are told has arisen is a friction better ended as speedily as possible, and a shared emotion, a shared grief, at the present time because of the death of their father, their grandfather, I think is an ideal opportunity.

“I hope very much that it is possible to mend any rifts that may exist.”

Image: Prince Harry laid bare a rift with the Royal Family during an interview last month

Cardinal Nichols had said during an interview with Times Radio on Saturday: “Many a family gather and get over tension and broken relationships at the time of a funeral.”

“Something very profound unites them all again. And that would be true for this family, I’m sure.”

The Duchess of Sussex accused a member of the Royal Family of racism while speaking to Winfrey during the bombshell interview in March, and also said the institution failed to help her when she had suicidal thoughts.

Prince Harry, who has not returned to the UK since stepping down as a senior royal just over a year ago, told the chat show host he felt let down by his father the Prince of Wales.

He added he wanted to heal the relationship but “there’s a lot of hurt that’s happened”.

Harry described his relationship with his brother William as “space” but said he loved him and “time heals all things, hopefully”.

Their rift stretches back to before the Sussexes’ wedding, when Harry was reportedly angered by what he perceived as his brother’s “snobbish” attitude to Meghan.

William had allegedly questioned whether he should rush into things with the former actress.

Following the Winfrey interview, the Queen issued a statement saying “while some recollections may vary”, the issues raised would be taken “very seriously” but dealt with privately as a family.

It comes as the Archbishop of Canterbury paid tribute to Philip at a remembrance service at Canterbury Cathedral on Sunday morning.

Justin Welby said the duke showed a “remarkable willingness to take the hand he was dealt in life and straightforwardly to follow its call”.

The archbishop continued: “For the Royal Family, as for any other, no words can reach into the depths of sorrow that goes into bereavement.

“We all know that it is not simply a factor of age or familiarity. It is not obliterated by the reality of a very long life remarkably led, nor is the predictability of death’s arrival a softening of the blow. Loss is loss.”

The archbishop went on: “For his Royal Highness the Duke of Edinburgh there was a willingness, a remarkable willingness, to take the hand he was dealt in life and straightforwardly to follow its call.

“To search its meaning, to go out and on as sent, to enquire and think, to trust and to pray.”

He later said during the service: “The duke would have been the first to harrumph strongly at over spiritualisation of the world he found, let alone of himself.”

Image: The country has entered a period of national morning after Prince Philip’s death

The archbishop also asked people to pray for Prince Philip, the Royal Family and others who are grieving.

He said: “Our lives are not completed before death… so we can indeed pray that the Duke of Edinburgh may rest in peace and rise in glory.

“We may pray for comfort. We may pray and offer love for all who find that a great life leaves a very great gap.”

The UK is officially in a period of national mourning for the next week, up to and including Philip’s funeral on Saturday afternoon.

The Queen and her family will wear masks and adhere to social distancing guidelines as they gather to say their final farewell at St George’s Chapel, Windsor Castle.

Prince Charles spoke movingly of his “dear Papa” on Saturday and said the Royal Family are being helped through this “particularly sad time” by the public outpouring of support.

The Prince of Wales said his father, who was 99, had devoted himself to the Queen, his family and the country for some 70 years.

Northern Ireland: The role of social media in stirring up unrest

Prince Philip: Queen described loss of Duke of Edinburgh as a ‘huge void in her life’, says Prince Andrew