COVID-19: Remaining England university students cannot return to campus until 17 May ‘at the earliest’ 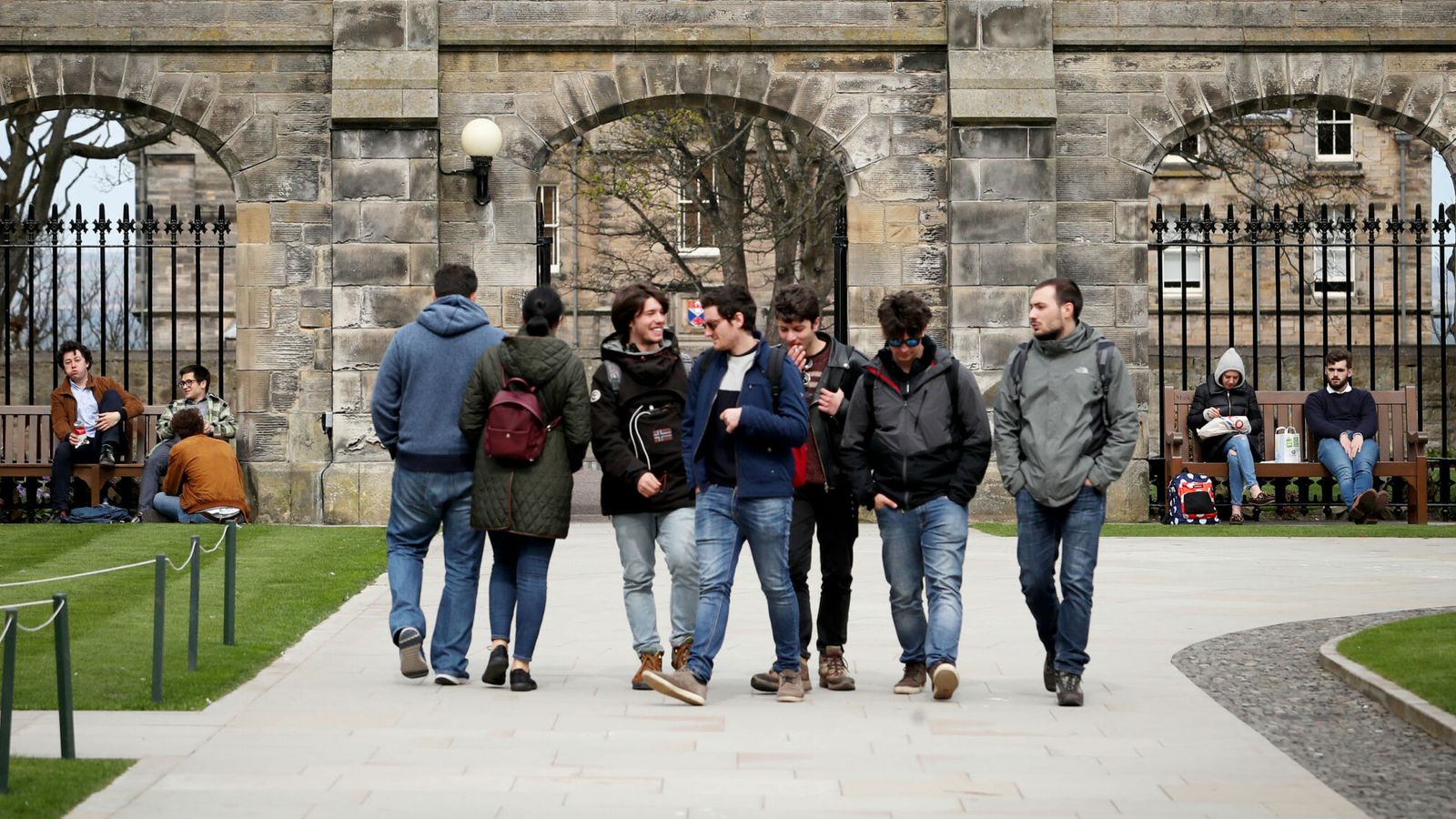 University students in England who have been studying online since Christmas, have been told by the government they cannot return to campuses until at least 17 May.

The Department for Education announced that as part of the route out of lockdown, all students who have not yet resumed in-person teaching will do so “no earlier than 17 May”.

The return will coincide with step three of the government’s wider roadmap, also due to begin that day, where restrictions on social contact and indoor mixing will be further eased.

However, as with all steps, progression to the next stage remains dependent on a review of the latest data and the impact of step two which began on Monday with the opening of non-essential shops, pub gardens and outdoor dining.

Since March, only students on creative and practical courses have been allowed in-person teaching. It is estimated around half of university students in England were not eligible to return to campuses.

The news came after university leaders in England had intensified calls for students to be allowed to return to campus as soon as possible, as seminars and lectures will be largely coming to an end at many universities by mid-May.

Image: Students are expected to get tested on their return

Professor Graham Galbraith, vice-chancellor at the University of Portsmouth, called on the government to explain how it reached its decision – and has described the move as “nonsensical” and “unfathomable”.

He added: “That this date is after many universities will have finished their teaching year shows a government with a cavalier disregard for details. This isn’t good enough.

“Students can now buy a book on British history in Waterstones and discuss it with a tattoo artist while they have their body decorated, but they cannot do the same thing in a COVID-secure environment with their university lecturer.”

On their return, all students and staff will be encouraged to take three supervised tests at special testing sites set up on many campuses.

For the remainder of the summer term, students will have access to either home testing kits or ones part of the “University Collect” service distributed from communal locations on campus, such as libraries.