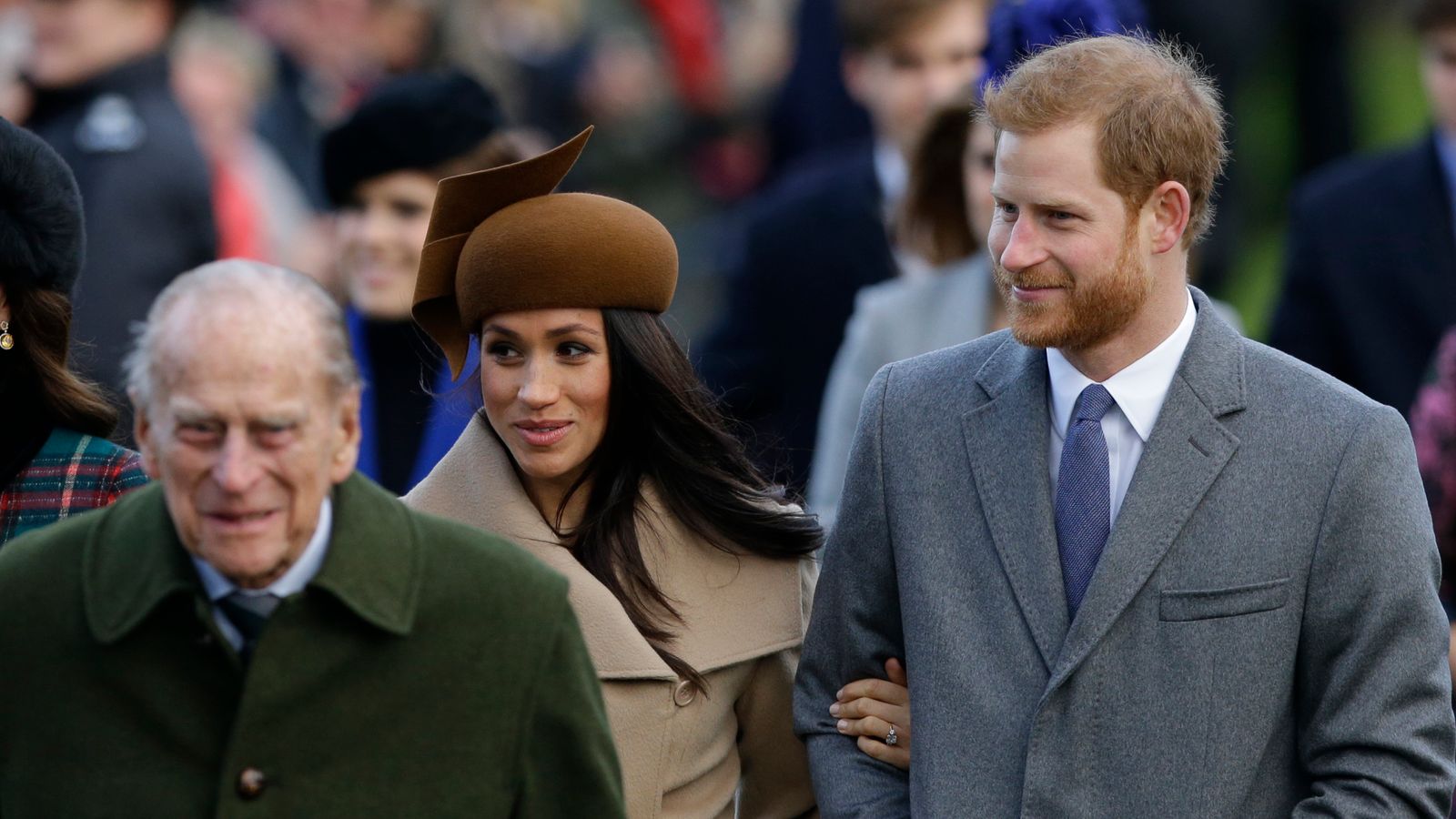 Prince Harry has said the Duke of Edinburgh was “a legend of banter” and he and Meghan “will always hold a special place for you in our hearts”.

In a statement released shortly after one from his brother, Prince Harry said: “My grandfather was a man of service, honour and great humour. He was authentically himself, with a seriously sharp wit, and could hold the attention of any room due to his charm – and also because you never knew what he might say next.

“He will be remembered as the longest reigning consort to the Monarch, a decorated serviceman, a Prince and a Duke.

“But to me, like many of you who have lost a loved one or grandparent over the pain of this past year, he was my grandpa: master of the barbecue, legend of banter, and cheeky right ’til the end.

“He has been a rock for Her Majesty The Queen with unparalleled devotion, by her side for 73 years of marriage, and while I could go on, I know that right now he would say to all of us, beer in hand, ‘Oh do get on with it!’

“So, on that note, Grandpa, thank you for your service, your dedication to Granny, and for always being yourself. You will be sorely missed, but always remembered-by the nation and the world.

“Meghan, Archie, and I (as well as your future great-granddaughter) will always hold a special place for you in our hearts. Per Mare, Per Terram.'”

Image: The Queen and Prince Philip were married for more than 70 years

The statement was released after Prince Harry arrived in the UK ahead of Prince Philip’s funeral on Saturday.

The Duke of Sussex arrived at Heathrow on a British Airways flight from Los Angeles at 1.15pm on Sunday, The Sun reports.

Prince William described Philip as an “extraordinary man” in his statement and said he will “miss my Grandpa”.

The Duke of Cambridge said: “My grandfather’s century of life was defined by service – to his country and Commonwealth, to his wife and Queen, and to our family.

“I feel lucky to have not just had his example to guide me, but his enduring presence well into my own adult life – both through good times and the hardest days.”

He added: “Catherine and I will continue to do what he would have wanted and will support The Queen in the years ahead.”

Sir John Major, the former prime minister, has said shared grief over Philip’s death is an “ideal opportunity” heal any rifts within the family.

Prince Harry laid bare details of friction with his fellow royals during a bombshell interview with Oprah Winfrey in March.

The Duchess of Sussex accused a member of the Royal Family of racism during the broadcast.

She also said the institution failed to help her when she had suicidal thoughts.

Image: The Duke of Edinburgh pictured with Prince George in an image taken by the Duchess of Cambridge

Buckingham Palace later issued a statement saying “while some recollections may vary”, the issues raised would be taken “very seriously” but dealt with privately as a family.

Sir John’s comments came after Cardinal Vincent Nichols, the head of the Catholic Church in England and Wales, suggested a coming-together for Prince Philip’s funeral could help heal any tensions.

Asked during an appearance on the BBC’s Andrew Marr programme if he agreed with Cardinal Nichols, Sir John said: “I’m sure he is right, I hope he’s right, I believe he is right and I certainly hope so.

“The friction that we are told has arisen is a friction better ended as speedily as possible, and a shared emotion, a shared grief, at the present time because of the death of their father, their grandfather, I think is an ideal opportunity.”