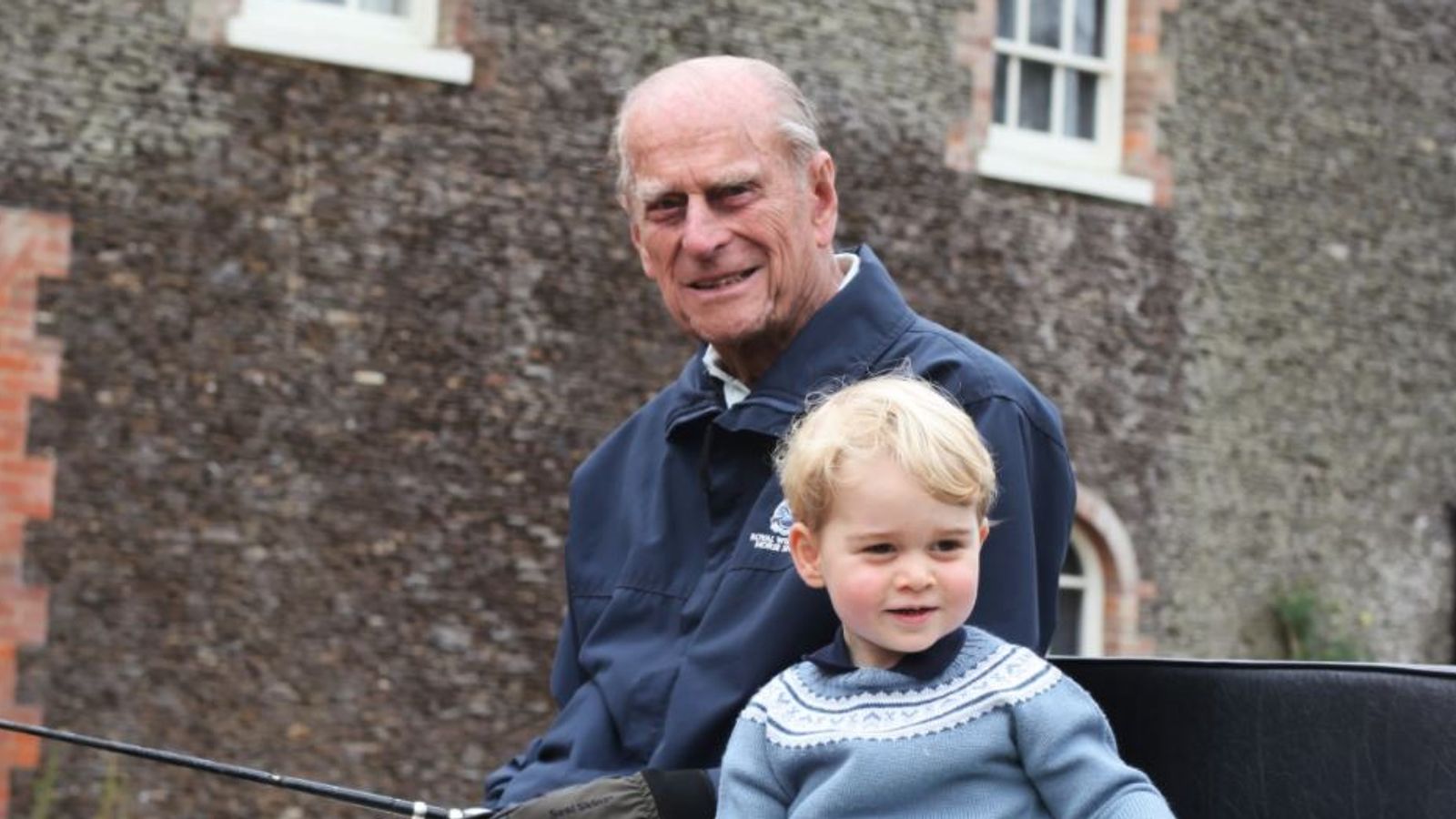 Prince William has said he will “support The Queen in the years ahead” in a tribute to his late grandfather, the Duke of Edinburgh.

Describing Prince Philip as “an extraordinary man”, William said he will “miss my Grandpa”.

In a statement, he said: “My grandfather’s century of life was defined by service – to his country and Commonwealth, to his wife and Queen, and to our family.

“I feel lucky to have not just had his example to guide me, but his enduring presence well into my own adult life – both through good times and the hardest days.

Image: The Duke of Edinburgh pictured with Prince William in 2015

“I will always be grateful that my wife had so many years to get to know my grandfather and for the kindness he showed her.

“I will never take for granted the special memories my children will always have of their great-grandpa coming to collect them in his carriage and seeing for themselves his infectious sense of adventure as well as his mischievous sense of humour!

“Catherine and I will continue to do what he would have wanted and will support The Queen in the years ahead.

“I will miss my Grandpa, but I know he would want us to get on with the job.”

Kensington Palace shared a photograph of a young Prince George with his great-grandfather alongside the message from William.

George, a future king, is pictured sat beside the duke on the box seat of a carriage, as Philip holds the reins and a whip.

The image was taken by the Duchess of Cambridge in Norfolk in 2015.

Image: (L-R) The Queen, Prince Philip, The Duchess of Cambridge, Prince William and their children Prince George and Princess Charlotte in 2017. Pic: AP

Prince Harry released his own statement shortly after William in which he called the Duke of Edinburgh “a legend of banter”.

He added that he and Meghan “will always hold a special place for you in our hearts”.

It comes a day after members of the Royal Family gathered at a Windsor church service, with Prince Andrew saying that his father was a “remarkable man” and that relatives were “rallying round” the Queen.

He revealed that the Queen had described the Duke of Edinburgh’s death “as having left a huge void in her life”.

On Saturday, Prince Charles also spoke about his “dear Papa” and said the 99-year-old “would have been amazed” by the tributes to him.

MPs and politicians across the UK are returning early from the Easter break today to pay tribute to Prince Philip.

Members are back at the Commons a day early, the Welsh and Scottish parliaments have been recalled, while the Northern Ireland Assembly will also pay its respects.

Prince Philip’s funeral is due to be held on Saturday in the grounds of Windsor Castle.

Attendance is limited to 30 people under coronavirus rules and it will be televised. It will be preceded by a national minute’s silence.

Philip’s children, grandchildren and other close family are expected to attend.

The Duke of Sussex is reported to have arrived in the UK from the US, but this has not been confirmed by Buckingham Palace or Harry’s spokesperson.

His pregnant wife the Duchess of Sussex had been advised by her doctor not to travel.

The prime minister’s official spokesman said: “He intends to watch the funeral on television, as I’m sure large parts of the public will do.”

Number 10 had already said Mr Johnson would not attend St George’s Chapel in person, in order to allow as many family members as possible to be there.

The duke was married to Queen Elizabeth II for more than 70 years and became the longest-serving consort in British history – he was due to turn 100 in two months’ time, on 10 June.

Prince Philip: What we know about Duke of Edinburgh’s funeral arrangements