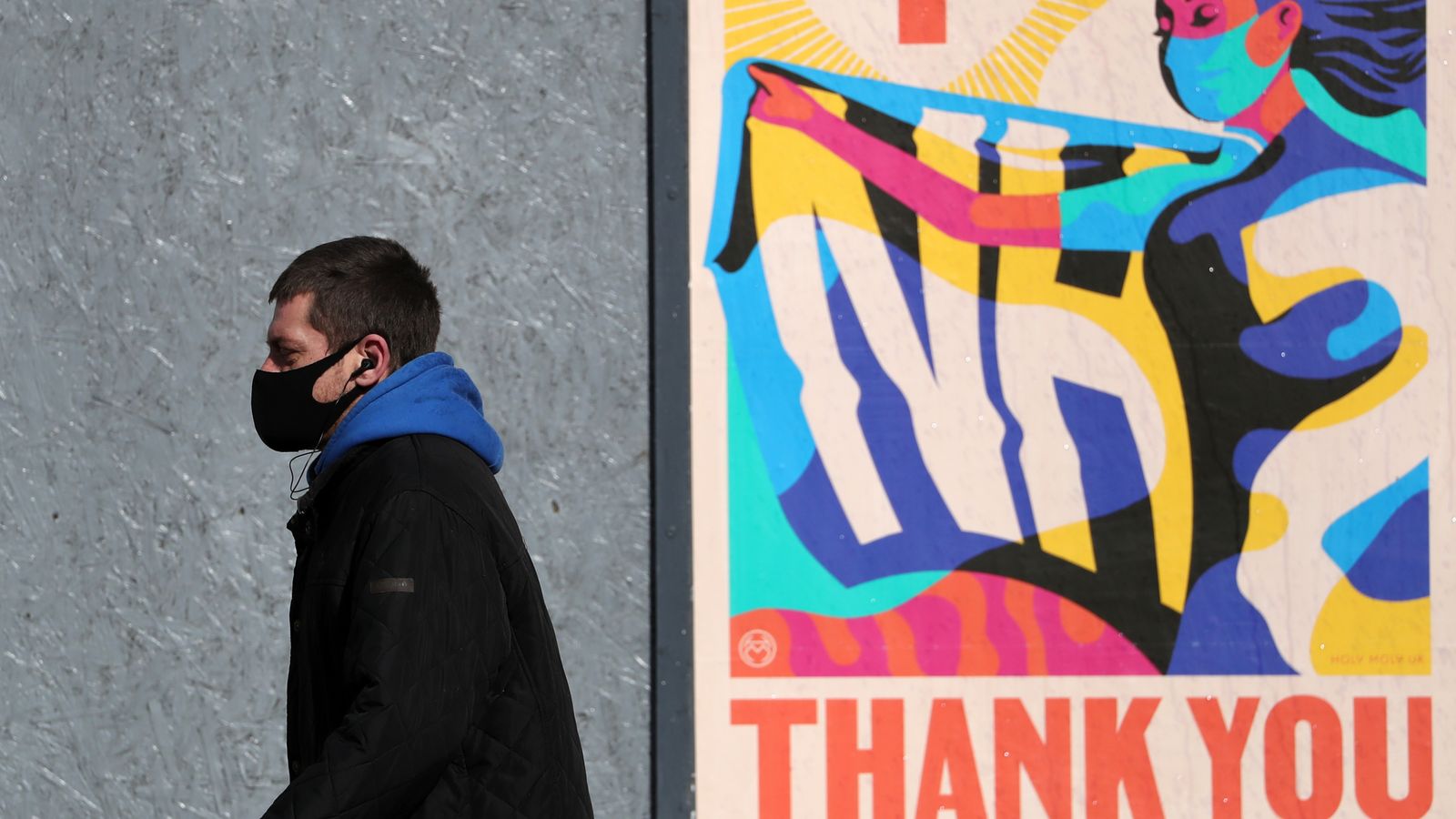 Coronavirus travel restrictions will be eased in Scotland from Friday and more people will be able to meet up outdoors, Nicola Sturgeon has said.

The first minister said a reduction in prevalence of the virus meant some acceleration of planned lockdown easing was possible to support mental health and wellbeing.

She told a coronavirus briefing there had been three deaths and 221 positive tests in the past 24 hours.

It followed an almost seven-month low in cases on Monday, with 199 cases.

Ms Sturgeon said people will be able to leave their local authority area for the purposes of socialising, recreation or exercise, from Friday.

Travel between the mainland and some islands will not be permitted.

Rules on gatherings will also be relaxed, with six adults from up to six households able to meet up outside.

Hospitality businesses will need to close their doors at 8pm indoors and 10pm outdoors, with alcohol only allowed to be served outside.

Travel will also be allowed on this date to other parts of Britain, with reviews planned on journeys to Northern Ireland and the Republic.

From 17 May, pubs are set to open indoors until 10:30pm and contact sports, cinemas, and some small scale events can take place.

Up to four people from two households will also be able to meet up indoors.

Scotland has five tiers of coronavirus restrictions, with the entire country – excepting some of the islands – currently in the highest tier, Level 4.

Ms Sturgeon said she was confident the country will move down levels as planned.

She said: “We are now extremely confident that those parts of the country currently in Level 4 will move to Level 3 on April 26, that’s now less that two weeks away.

“That means, amongst other things, that on that day shops will fully reopen. Pubs, cafes and restaurants will also be able to fully open outdoors on April 26 and will be able to open indoors on that date, but on a restricted basis.”

Current advice is that the risk of infection is lower among outdoor gatherings as opposed to indoors, the first minister said.

“Because of the success of the vaccination programme, we are seeing a decoupling of the infection numbers we are having across the country and the way they have traditionally translated into severe illness and deaths.

“That whole assessment of risk is now changing.”

Figures in the hospitality industry responded to the first minister’s announcement later on Tuesday.

Emma McClarkin, chief executive of the Scottish Beer and Pub Association, said: “This is a positive announcement for our sector but unfortunately falls short of what is required to make licensed premises viable.

“We desperately need a return to licensing hours indoors, as well as allowing alcohol to be sold indoors from April 26.”

Marc Crothall, chief executive of the Scottish Tourism Alliance, said: “While many hospitality businesses will not be able to operate as they would wish within the coming weeks in relation to guidance around social distancing and alcohol, I know that the first minister’s announcement will bolster many hundreds of accommodation providers, other hospitality businesses and their suppliers who have been so keen to get going and welcome guests back after so many months of being closed.”

COVID-19: Lockdown is main reason for drop in coronavirus cases and deaths