Prince Philip: Full military rehearsals under way ahead of Duke of Edinburgh’s funeral 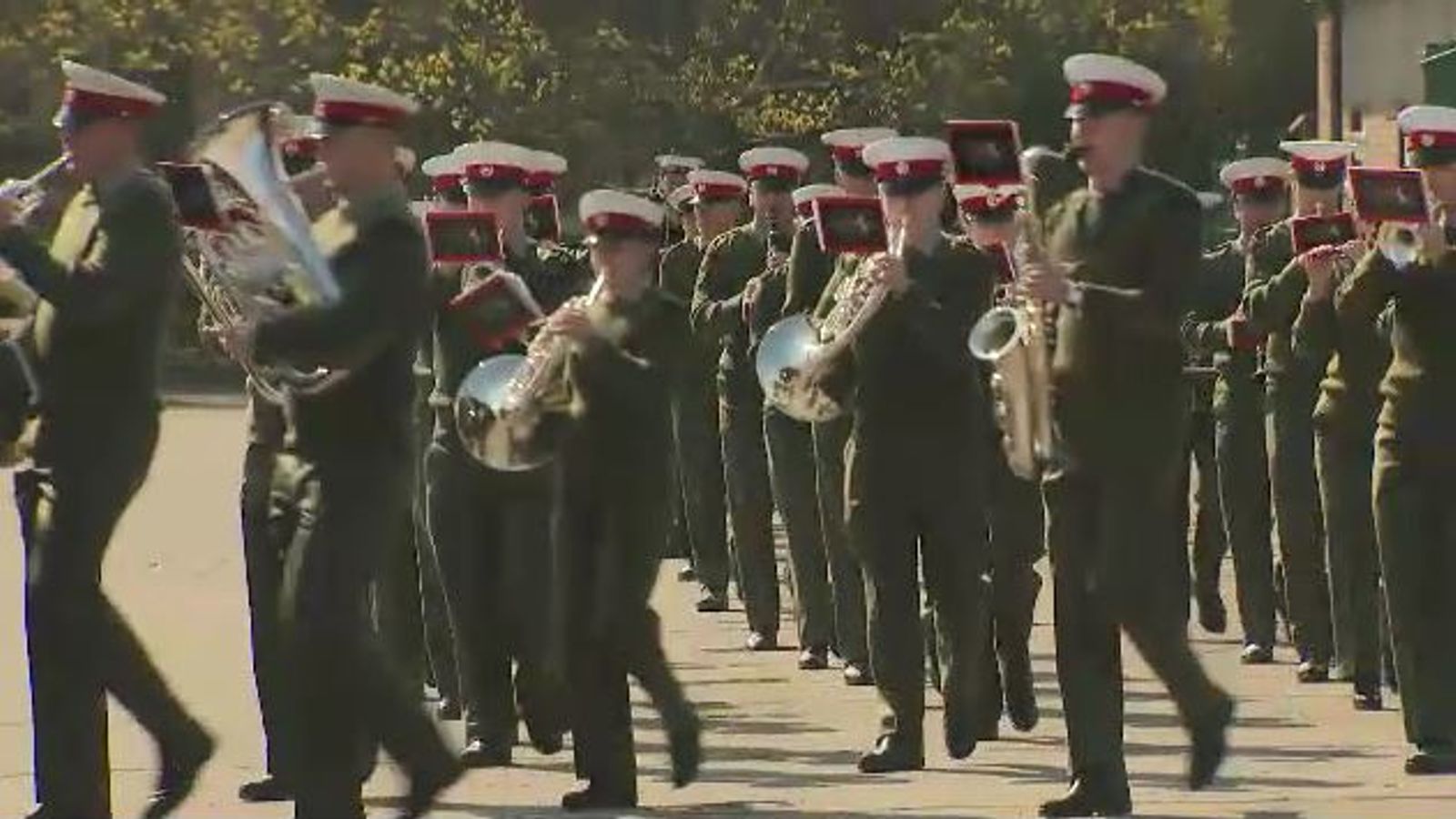 Full military rehearsals are under way ahead of the Duke of Edinburgh’s funeral this weekend.

About 730 men and women, from all branches of the armed forces, will be involved in Saturday’s ceremony.

The funeral has been scaled down because of the COVID pandemic but the armed forces will be at the centre of events inside Windsor Castle.

Image: All branches of the armed forces will be involved in the ceremony Image: Rehearsals are taking place at Pirbright Barracks in Surrey ahead of the funeral inside Windsor Castle

The rehearsals are taking place at Pirbright Barracks in Surrey, where a parade ground has been marked out to represent the Quadrangle in Windsor Castle.

Units involved in Saturday’s funeral include the Grenadier Guards, Royal Gurkha Rifles, the Corps of Royal Electrical and Mechanical Engineers and the Band of the Royal Marines.

The Band of the Grenadier Guards will lead the procession, chosen because the Duke of Edinburgh was Colonel of the Regiment for 42 years.

“Everyone is working so hard to make this absolutely right.”

Captain Gemma Darrington, who has been part of the logistics team behind the scenes, said: “We had people in here as early as Saturday getting set up.

“It’s a case of making sure the people on parade have everything they need to perform their duty.”

Image: Sergeant Bugler Jamie Ritchie will perform The Last Post with three others at the funeral

Sergeant Bugler Jamie Ritchie will perform The Last Post on Saturday. It will be a poignant moment.

“I remember him being incredibly relatable as a person,” he told Sky News.

“His speech (to us) was something we could all relate to having just come back from operations and deployment. It was a short speech but it got a lot of laughs.

“There will be four of us playing The Last Post and we’ll make sure we give the best possible performance to make Prince Philip proud if he was there listening.”