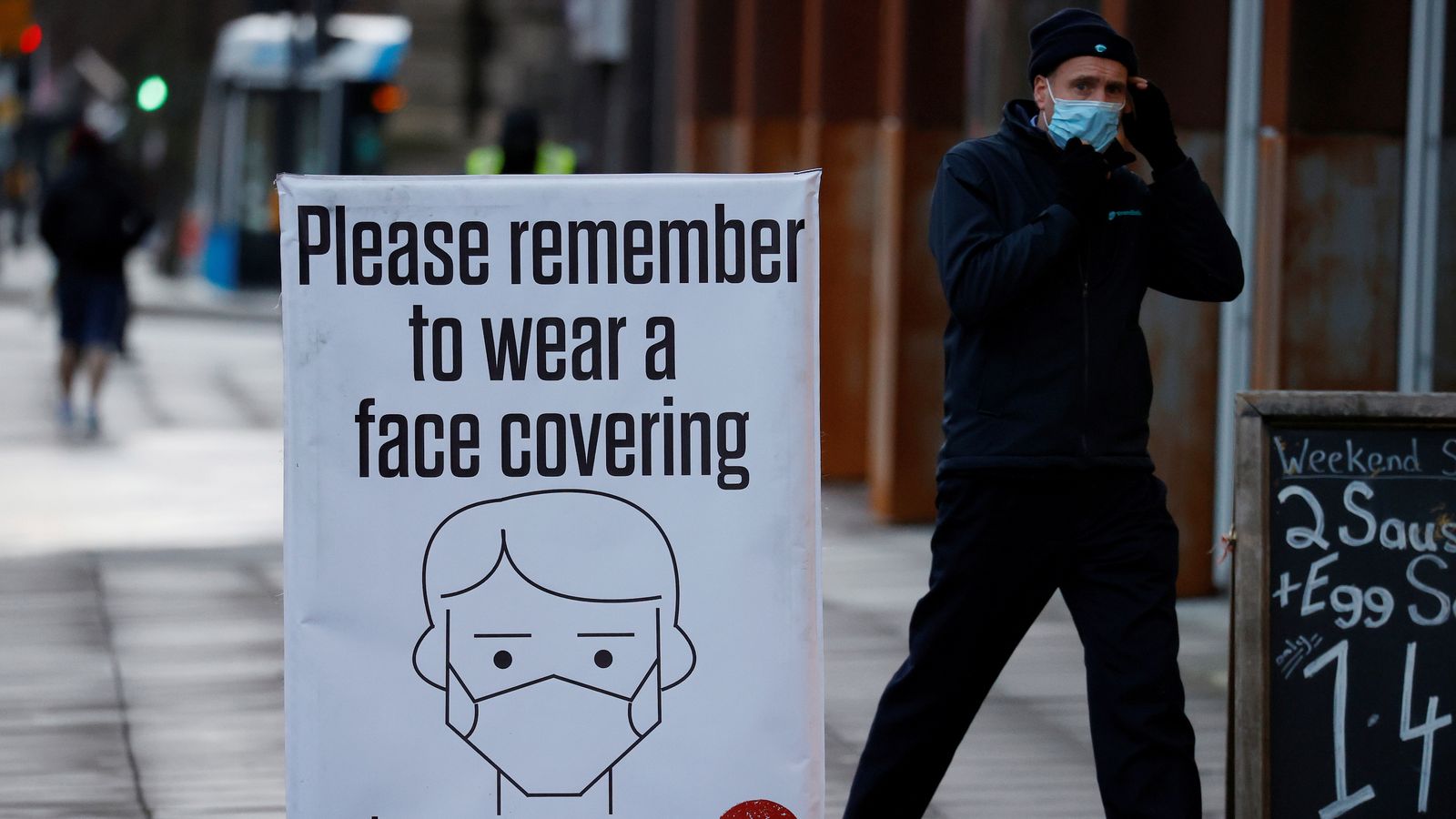 Northern Ireland is “entering brighter and better times” as its lockdown exit plans have been brought forward.

Stormont’s leaders announced new plans for opening up the country after analysing the risks and looking at the economic and societal data.

The reopening of the tourism and hospitality sectors are being fast-tracked as part of a series of measures agreed on Thursday, which include three key relaxation dates – 23 April, 30 April and 24 May.

Image: Northern Ireland has an ample supply of vaccines, unlike the Republic

All retail, outdoor hospitality and gyms will reopen on 30 April, the Northern Ireland Executive said after earlier indicating they would open later in May.

Indoor dining and hotels will now reopen on 24 May, subject to COVID-19 infection rates and a review that month.

Three-fifths of Northern Ireland’s population has now had a first COVID-19 vaccine dose.

On Monday, the remainder of secondary school students – years eight to 11 – returned and a limited number of outdoor retail outlets such as garden centres and car dealerships reopened.

The number of people who can meet outdoors in gardens increased from six to 10, click-and-collect services for non-essential retail resumed and outdoor sports clubs restarted.

Image: Ministers will review whether they can further ease lockdown on 24 May

Meanwhile, the Republic of Ireland has only given a first vaccine dose to a fifth of its population and plans to begin the phased reopening of retail in May and parts of the hospitality sector from June.

Over the past year, fears have been raised that differences in rules on either side of the border would result in large numbers of people crossing to the country with fewer restrictions.

• Self-catering domestic holidays with your own household allowed

From 24 May (if review allows)