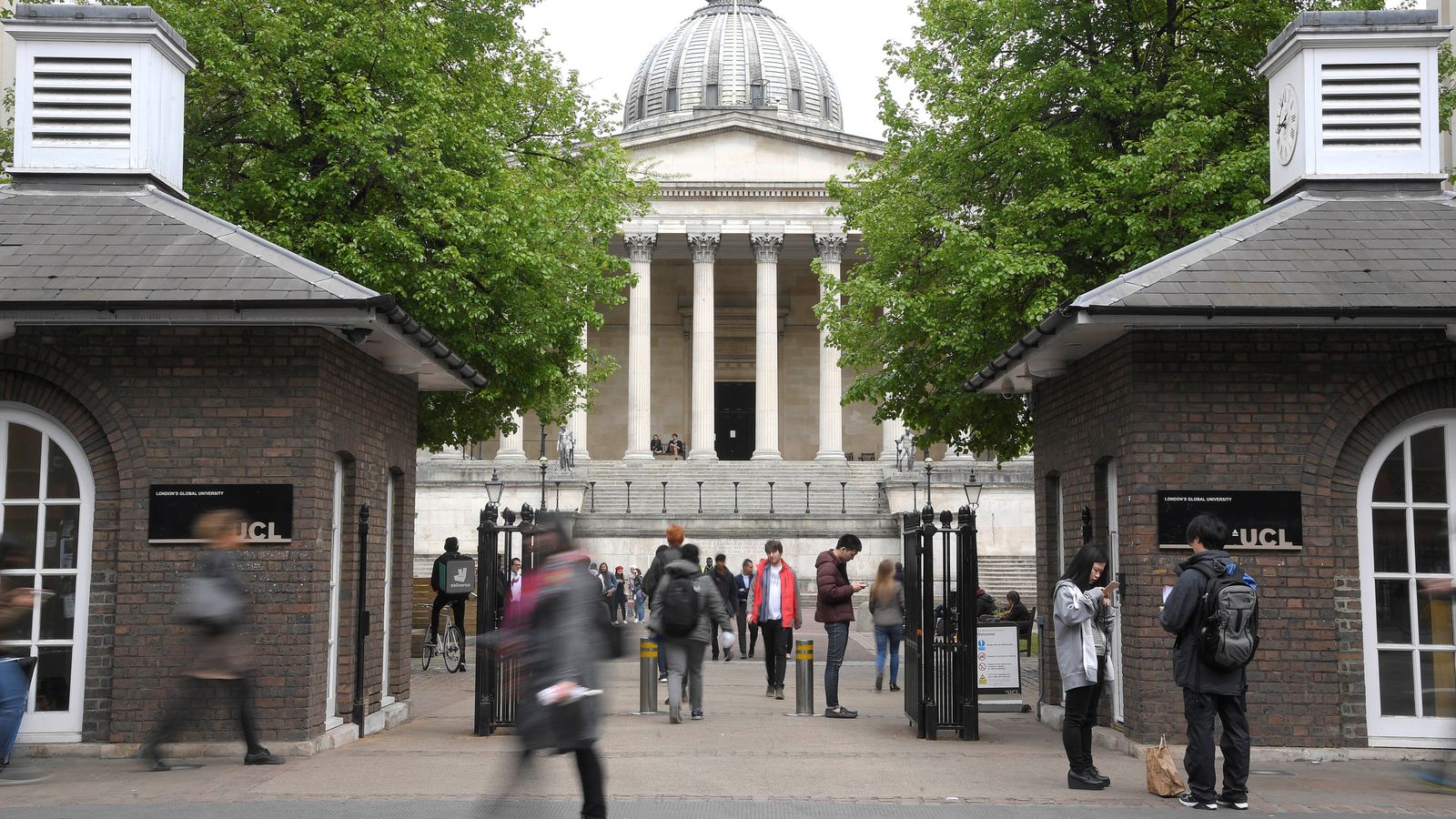 More than 80 UK universities have been named on a website where students have been posting about sexual harassment, abuse, misogyny and assault.

Some are mentioned dozens of times on the Everyone’s Invited site, including around 50 mentions each for elite universities such as Oxford, Exeter and University College London.

The site has previously highlighted a so-called “rape culture” in schools and more higher education students are now speaking up.

Seventeen UK universities have more than five mentions and 15 of these are Russell Group universities – traditionally among the best in the country.

“As Everyone’s Invited has emphasised from the outset, rape culture is everywhere including in all universities,” said its founder Soma Sara.

Ofsted said last week it would be visiting a sample of the schools mentioned and reviewing whether they have proper safeguarding measures.

Nearly 15,000 anonymous experiences have been posted on the site.

Everyone’s Invited received more than 1,000 new testimonies related to universities in just a week – between 26 March and 2 April, campaigners say.

Eighty-four institutions have been mentioned on the site so far.

Image: Soma Sara says ‘rape culture is everywhere including in all universities’

Asked why elite universities had more mentions, Ms Sara said: “There are logical reasons for this bias. The platform is still new, and it has grown through word of mouth, with friends sharing it with friends.

“I went to a private school and then a university in London. As a result, we received an abundance of testimonies from certain areas and groups.”

A Russell Group spokesman said: “No student should feel unsafe or have to tolerate harassment or sexual misconduct in any circumstance. Our universities take this issue incredibly seriously and provide a range of support to help students feel supported and safe.

“Where a crime has been committed it should be reported to the police. The testimonies highlighted via the Everyone’s Invited website show the need for us all to take this issue seriously.”

A University of Exeter spokesman said “the safety, security and wellbeing of our students is, and always will be, our primary concern”, adding that it had a “zero tolerance for sexual harassment, abuse or assault”.

A Leeds University spokesman also said it had a zero-tolerance approach.

“We encourage complainants to report criminal offences to the police and support students and staff through our reporting procedure, which can be used anonymously if preferred,” said the spokesman.

A University of Edinburgh statement said it treated all complaints seriously and sensitively.

“We are committed to addressing the issue of sexual violence on campus and have invested significantly in awareness raising, delivering training for students and staff and ensuring there is effective professional support available for any student who needs it,” the statement added.

British troops to withdraw from Afghanistan alongside NATO and the US

COVID-19: Cleaning the air in offices, school and hospitals key to fighting coronavirus in future