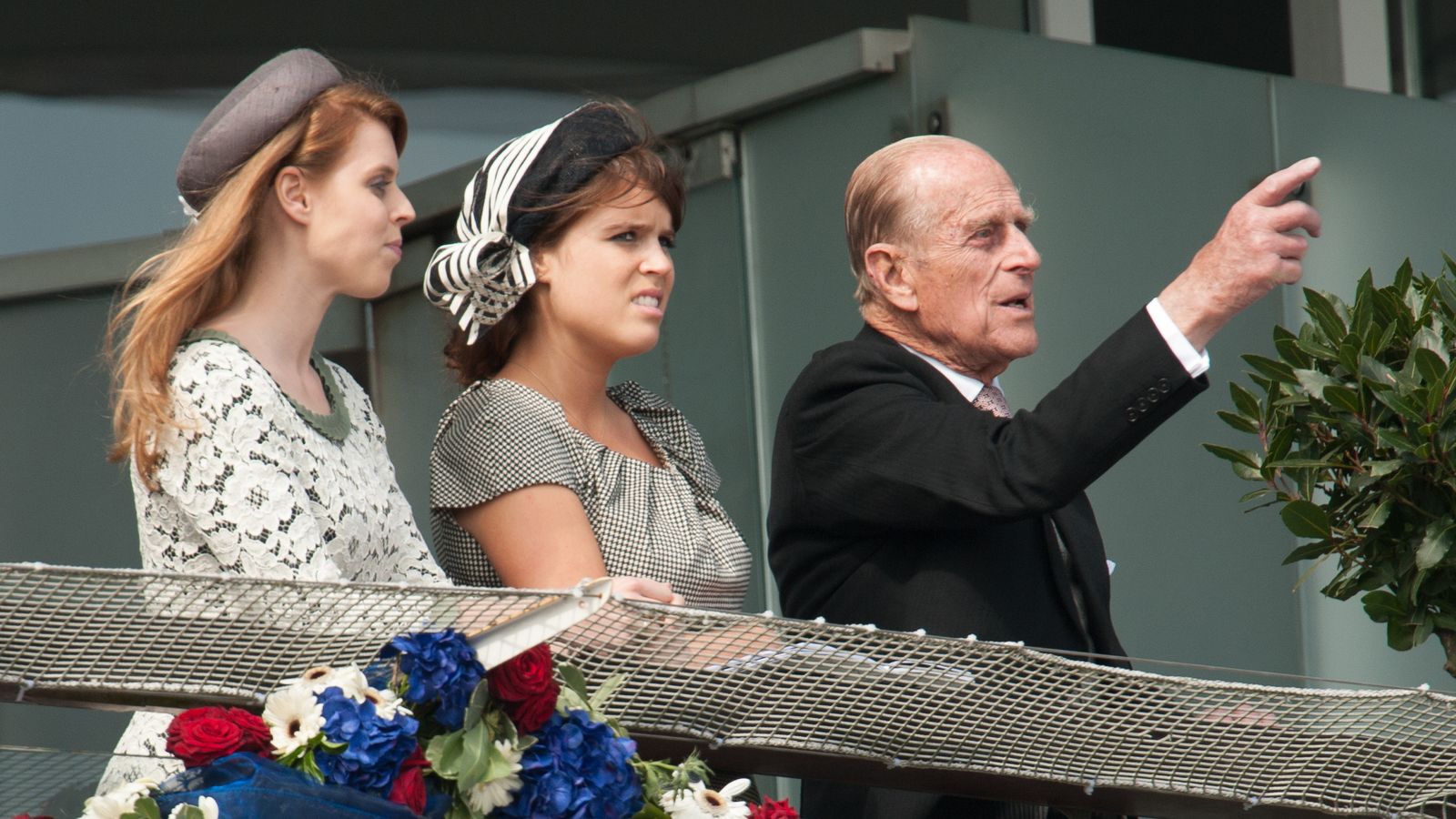 Princess Eugenie has paid a heartfelt tribute to Prince Philip, saying he would be “so touched by all the tributes that have been shared with me the past few days”.

Eugenie, the daughter of Prince Andrew and Sarah, Duchess of York, wrote on Instagram “We all miss you”, adding how others have been remembering the Duke of Edinburgh to her since his death aged 99 on Friday.

Posting a picture of her and elder sister Beatrice with the duke, she said her memories of her grandfather included learning “how to cook, how to paint, what to read” as well as his sense of humour.

“I remember incinerating the sausages and you swooping in to save the day,” she wrote.

“Thank you for your dedication and love for us all and especially Granny, who we will look after for you,” she added.

Prince Andrew said at the weekend that the Queen described her husband’sdeath as leaving a “huge void in her life”.

The Duke of York said “we’ve lost almost the grandfather of the nation”.

Princes William and Harry paid their own tributes to their grandfather on Monday.

Image: Princess Eugenie of York and Jack Brooksbank leaving the church after their wedding in 2018. Pic: AP

William said the duke’s “century of life was defined by service – to his country and Commonwealth, to his wife and Queen, and to our family”.

Harry said “he was my grandpa: master of the barbecue, legend of banter, and cheeky right ’til the end”.

The Queen has returned to royal duties – four days after his death, it was announced on Wednesday.

The royals are observing two weeks of mourning but members of the family will continue “to undertake engagements appropriate to the circumstances”, a palace official said.

The Princess Royal returned to public duties on Wednesday, meeting young sailors during a visit to the Isle of Wight.

Princess Anne met with members of the Royal Yacht Squadron and spoke fondly of Prince Philip and her “early memories of sailing” at the west Cowes-based club.

Coronavirus measures mean only 30 people will be allowed to attend Philip’s funeral on Saturday. About 800 people were set to be invited as part of planning that took place before the pandemic.

There is no confirmation yet on who will be invited, but Prince Harry is set to be there after flying in from America and immediately going into quarantine.

Under the funeral plans, the duke’s coffin will be carried to the chapel on a specially modified Land Rover, which he helped to design.

The Prince of Wales and members of the Royal Family will take part in the procession on foot, immediately behind the duke’s coffin, together with staff from Philip’s household.

COVID-19: Surge testing to take place in an area of north London after cases of South African variant found