Prince Philip: William and Harry will not walk side by side as details of Duke of Edinburgh’s funeral procession revealed 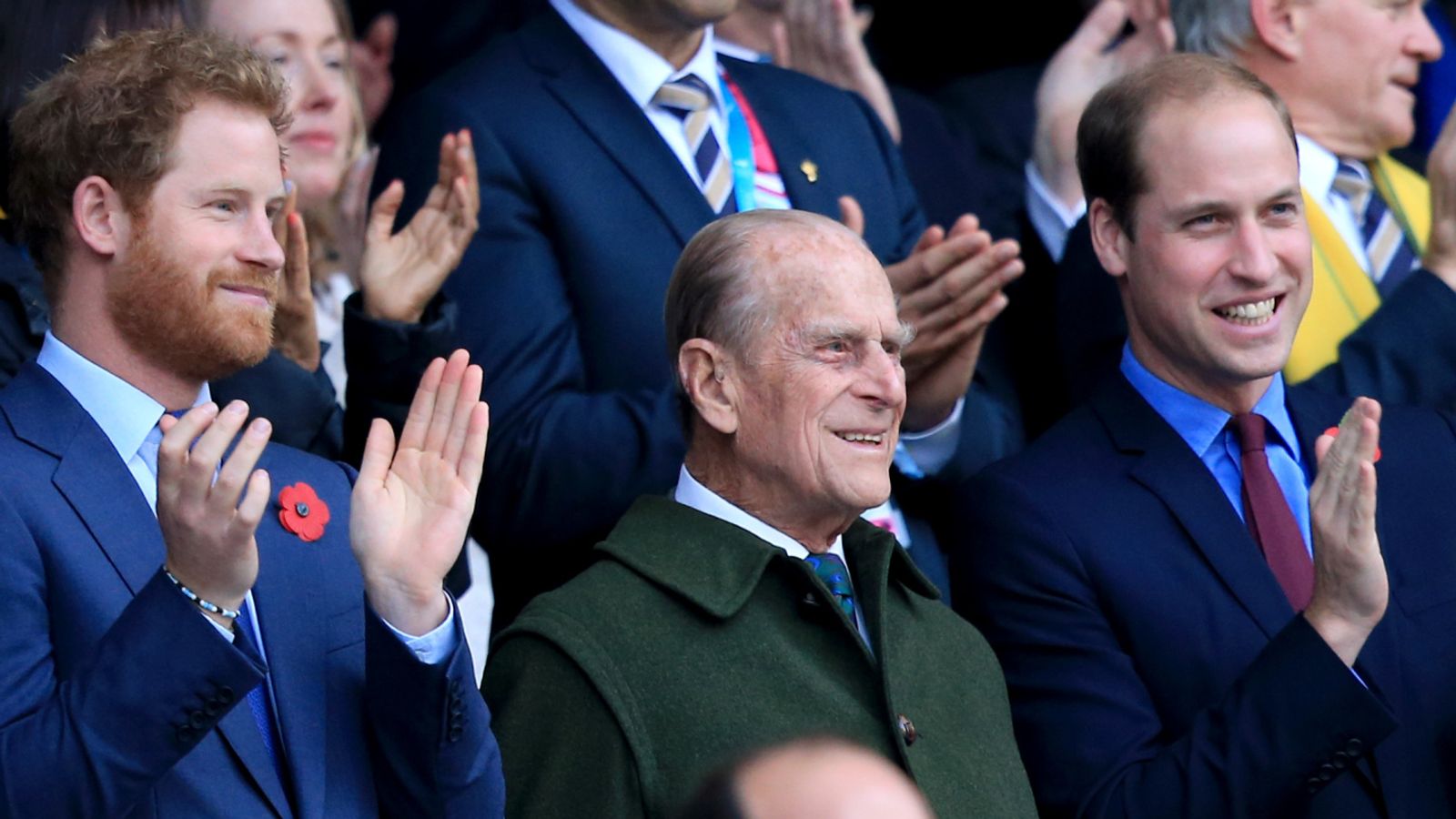 The Duke of Cambridge and Duke of Sussex will not walk side by side when they join other senior royals in the Duke of Edinburgh’s funeral procession.

Their cousin Peter Phillips will be between Prince William and Prince Harry, whose troubled relationship has been well publicised, when they walk behind their grandfather’s coffin on Saturday.

William will move ahead of Harry as the Royal Family arrives in pairs after the coffin is taken into St George’s Chapel at Windsor Castle.

Buckingham Palace has also revealed the Queen will sit alone during the ceremony, due to coronavirus precautions.

Details of Philip’s funeral have been released ahead of the service on Saturday.

The scaled-down ceremony will have just 30 guests due to coronavirus restrictions.

It has been confirmed the Queen – like everyone invited to the service – will wear a facemask.

She will sit alone in the quire of St George’s Chapel, with all mourners following COVID-19 guidelines and remaining socially distanced.

The Duke of Edinburgh handpicked many of his funeral arrangements.

Image: Peter Phillips will walk between William and Harry

A military green, custom Land Rover hearse, designed by the duke, will take his coffin in a slow procession from the state entrance of Windsor Castle through the grounds to the west steps of St George’s Chapel.

Meanwhile, a selection of military medals, picked by the duke himself, will appear on the altar inside the chapel.

Reflecting his life-long association with the Royal Navy, buglers of the Royal Marines will sound Action Stations during the service.

It is played on a warship to signal all hands should go to battle stations and is sometimes featured at funerals of naval men.

A reduced choir of four singers will feature during the service and the guests will follow coronavirus rules and not sing.

Image: The Duchess of Cornwall is one of 30 guests who will attend the funeral

Among the guests are the Duchess of Cornwall, all of the duke’s grandchildren and their spouses, the children of the Queen’s sister Princess Margaret, and three of Philip’s German relatives – Bernhard, the Hereditary Prince of Baden; Donatus, Prince and Landgrave of Hesse; and Prince Philipp of Hohenlohe-Langenburg.

Also invited is a close friend of the duke, Countess Mountbatten of Burma, previously known as Lady Romsey and later Lady Brabourne, who was Philip’s carriage driving partner and one of his closest friends.

Buckingham Palace confirmed that royal men will wear morning coats with their medals, in a break with tradition, and the women will wear day dresses.

Today, full military rehearsals got under way in Surrey, ahead of the service in two days time.

About 730 men and women, from all branches of the armed forces, will be at the centre of events inside Windsor Castle.

The rehearsals took place at Pirbright Barracks in Surrey, where a parade ground was marked out to represent the Quadrangle in Windsor Castle.

Units involved in Saturday’s funeral include the Grenadier Guards, Royal Gurkha Rifles, the Corps of Royal Electrical and Mechanical Engineers and the Band of the Royal Marines.

The Band of the Grenadier Guards will lead the procession, chosen because the duke was Colonel of the Regiment for 42 years.