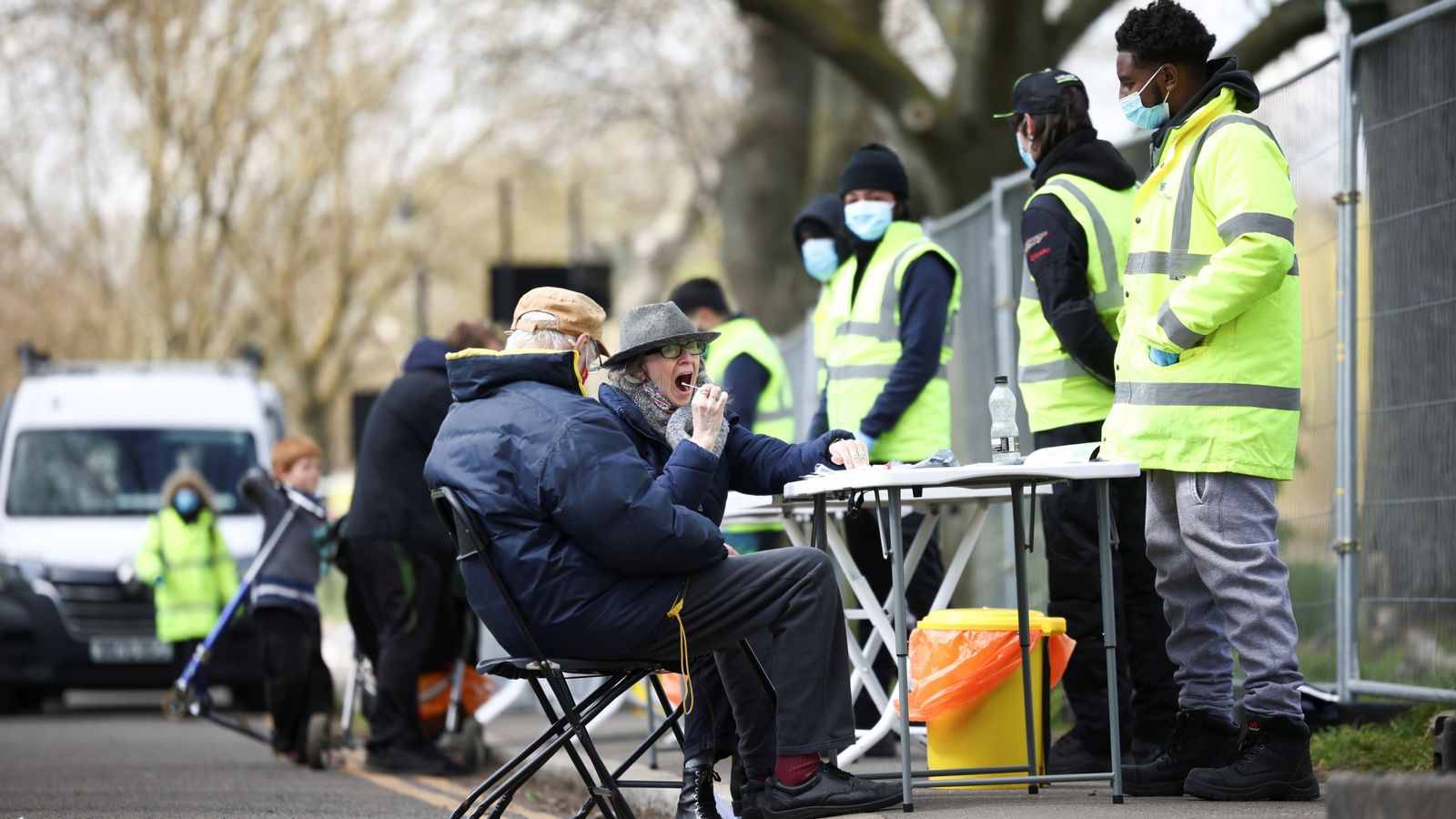 The Indian coronavirus mutation could “scupper” the UK’s march to freedom, a leading scientist has warned.

It comes despite the lockdown and vaccine programme leading to cases falling to a seven-month low.

COVID-19 infections across the UK dropped to the lowest level since the autumn, according to the latest figures.

But a professor of immunology has said the country should be on its guard against a third wave of coronavirus after 77 cases of the B.1.617 variant, which was first discovered in India, were found.

Imperial College’s Danny Altmann said the discovery of the Indian variant should warrant the country being placed on the UK’s “red list” meaning incoming travellers arriving should be subject to a hotel quarantine.

However, officials have designated it as a variant under investigation (VUI) rather than a variant of concern.

And Downing Street has insisted Boris Johnson’s trip to India later this month – his first major international visit since securing a Brexit trade deal with Brussels – will go ahead.

“I think we should be terribly concerned about it,” Prof Altmann told BBC News.

“They (variants of concern) are things that can most scupper our escape plan at the moment and give us a third wave. They are a worry.”

Prof Altmann said he found it “mystifying” and “slightly confounding” that those flying in from India were not required to quarantine in a hotel.

Meanwhile, the group advising ministers on vaccine deployment has recommended that pregnant women should be offered a COVID-19 jab at the same time as the rest of the population.

The Joint Committee on Vaccination and Immunisation (JCVI) had previously only recommended that jabs be offered to pregnant women when their risk of exposure to the virus is high, such as health workers, or if a woman has underlying health conditions.

The development coincided with a continuing decline in coronavirus infections across Britain.

But the fall marked a contrast to rising case rates in other parts of the world.