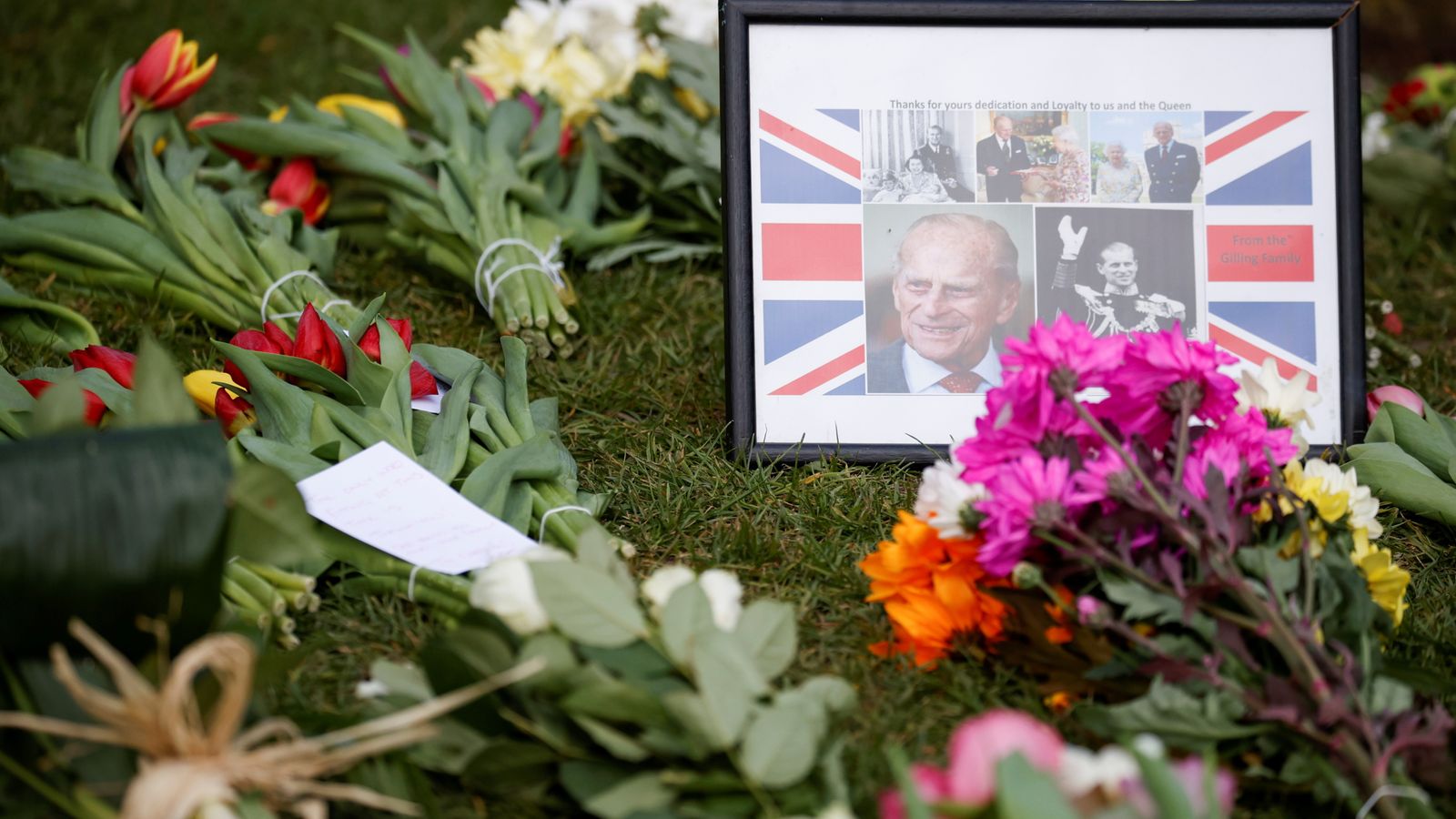 At the stroke of 3pm – silence consumed the town they called home. An undoubted, poignant mark of respect for their “neighbour”.

People stood side-by-side outside the castle walls – social distancing difficult in the circumstances as the pavements were crammed full of mourners. With face coverings on, they remembered.

“It’s very overwhelming to be standing outside today, I felt coming here was the right thing to do,” said one mourner.

“It would’ve been nice for us all to have been allowed in there together really as one, as all of England do. But I feel very emotional today, it’s nice for everybody to be together outside.”

Another described the sentimental moment as surreal because they were unable to see anything in person.

“It’s quite poignant really, it’s nice to come down and pay respects even if we are watching it on our phones,” they said.

“I think it was important to make the effort and come down here and watch it from here.”

Windsor has been the home of the royals for decades. They are neighbours to the residents; locals would often see the Duke of Edinburgh driving his Land Rover through the town and he would always wave and give them a soft smile.

People describe a sense of loss – “the town feels different”, according to locals.

Image: Simon says people in Windsor where the duke spent much of his time have ‘felt a bit lost’ since his death

“It’s been quite solemn,” says Simon who lives near the Long Walk. “I can tell it’s really affected the place, people have felt a bit lost.”

The majority here want to extend their condolences to the Queen – and let her know that they are thinking of her.

The Lynch family has attended Jubilee ceremonies and the Queen’s 90th birthday at Windsor.

Elizabeth Lynch’s son was spotted in the crowd by Prince Philip at one event and lifted over the barriers to give his flowers to the Queen himself.

The family felt a personal bond with the Royal Family and wanted to pay their respects.

“We wanted to come down and pay our condolences to the Queen and the family,” they said.

“We know she must be feeling quite lonely. We understand loss is hard, I lost my father last year, so I know this will be difficult for them. The duke is such a great man in so many ways.”

On the Long Walk up to Cambridge Gate we met Professor Chris Imafidon and his daughter Samantha, both with face masks with the Duke of Edinburgh’s face on them.

Professor Imafidon says “we should be celebrating him”.

He credits the extraordinary work Prince Philip did with inner-city children. Many he encouraged and believed in found renewed energy and faith in the education through the Duke of Edinburgh scheme.

“I had to be here for his funeral,” he said. “What the duke did for education, empowerment and equality changed the country and the world more than people know.”

The police presence is huge as safety is the number one priority. Marshals in purple tabards fill the streets, reminding visitors to social distance – many people coming for the Saturday shopping happily going about their weekend routine despite the mammoth occasion.

Many have heeded advice to stay away from royal residences. But over the past eight days a steady stream of people from across the country have been laying flowers at the gates of Buckingham Palace and Windsor Castle – despite advice from the Royal Family urging them not to.

Each day the flowers outside Windsor Castle have been cleared and are now spread across the grass outside St George’s Chapel.

Some have also expressed surprise the Long Walk hasn’t been busier.

“It does surprise me that it’s not a bit busier, and it is such a shame it’s happened during the pandemic,” one onlooker said.

Many have been taking a moment to bid their final goodbye.