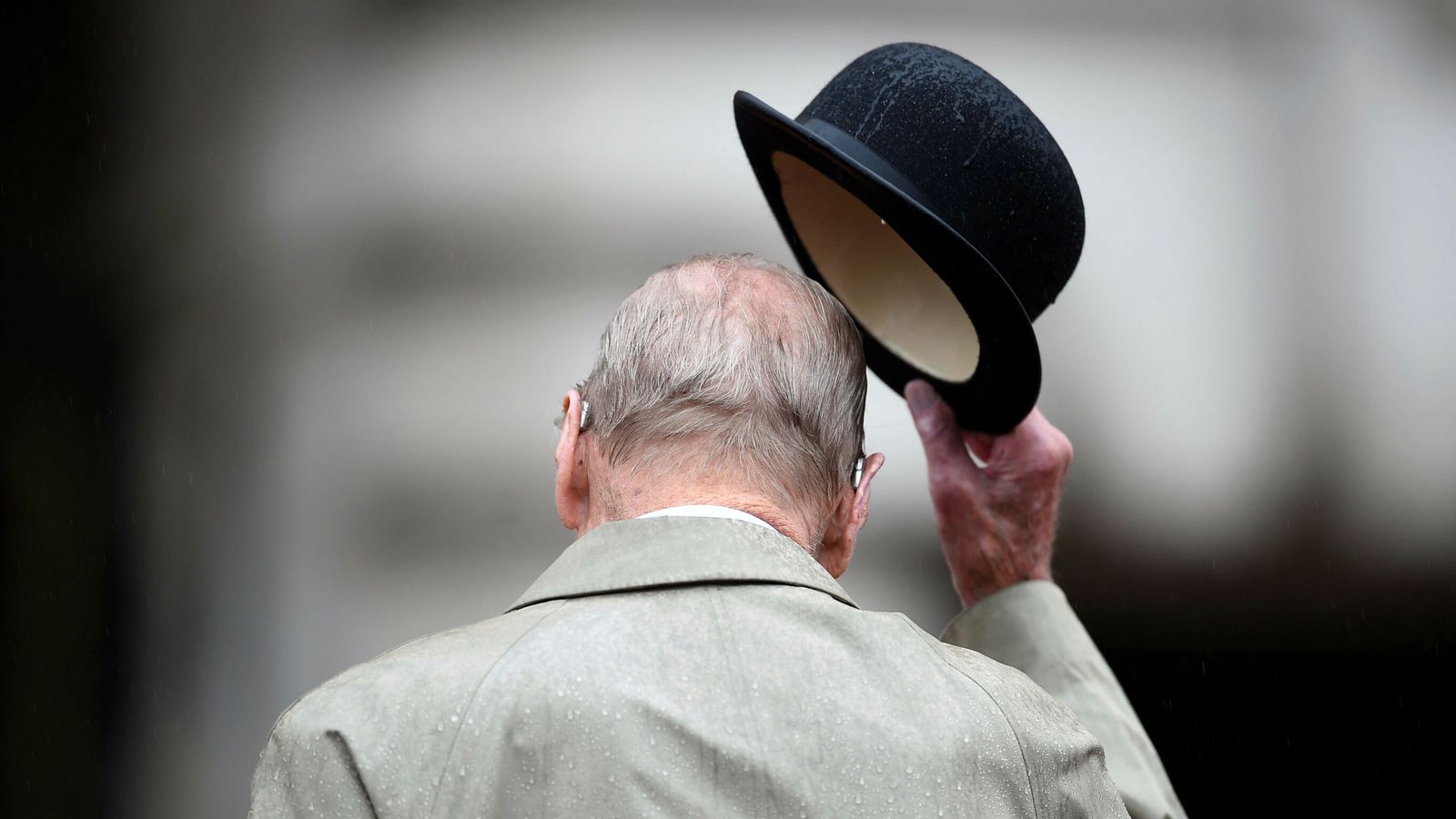 Inside the castle grounds – as I watched Prince Philip’s coffin move past our studio on the back of the Land Rover – it was a poignant yet quirky reminder that at the heart of the ceremony were the ideas of a man who didn’t always like to conform.

A chance to say a final farewell to the patriarch of the Royal Family, but also a figure who has forever left his mark on Britain’s monarchy.

The mix of the military ceremony and the more personal moments made me wonder whether this may shape the plans and look of other future royal events, especially with his past track record for shaking things up.

The world Prince Philip married into could not have been more traditional. Yet he was the one who came up with the idea of televising the Queen’s coronation.

Then came the revolutionary 1960s and the family had to adapt further to fit in with a less deferential society.

Again, the Duke of Edinburgh drove that change. He was the first royal to ever do a TV interview, and pioneered the royal walkabout as a way to get out and connect with people.

But unlike some public figures today, his appetite to question or challenge the status quo was never about his own image or gaining popularity – and you could tell that from his personality. He never just did or said things for the sake of it.

At times he could be brusque and straight talking, but it was often when he thought it would make things happen, especially if they were right for the monarchy.

Now, Prince Philip’s death does focus the mind on who in the family are the new pioneering figures. The Queen and her advisers have no doubt pinpointed the top team they hope will continue to keep the institution relevant.

Last December, it felt like the Queen had gathered them at Windsor Castle, with the Prince of Wales, the Duchess of Cornwall, the Duke and Duchess of Cambridge, the Earl and Countess of Wessex and the Princess Royal, all standing on the steps for an engagement to thank key workers.

We have seen this week how Prince Charles is being subtly positioned as the new patriarch of the family, backed in that role by others in the family. After all, he was the first to pay tribute to the duke on behalf of the family.

Image: Prince Philip’s death does focus the mind on who in the family are the new pioneering figures

Prince William and Kate have also been praised for connecting on some of the big social issues of the day, including mental health and the environment.

But the disagreements following Harry and Meghan’s decision to step away has earned the family some criticism for not being truly modern and adaptable.

Pictures of Prince William and Prince Harry walking side by side after the service may suggest the beginnings of reconciliation. In the past, the Queen would have weathered difficult times with her husband by her side, that sounding board is now sadly gone.

The final photograph tweeted by the Royal Family is particularly telling. A picture taken in 2017 when he retired from public life, just showing the back of the duke’s head, his hand lifting his bowler hat, as if to say he’s bowing out, his work is done.

The family know that Her Majesty is now their priority. Her children and grandchildren have already said in their tributes this week how they intend to rally around her as Prince Philip would have wanted.

But as the supporting cast, they must also support the monarch in her work, continuing the duke’s legacy and his genuine commitment to safeguard the future of the institution.