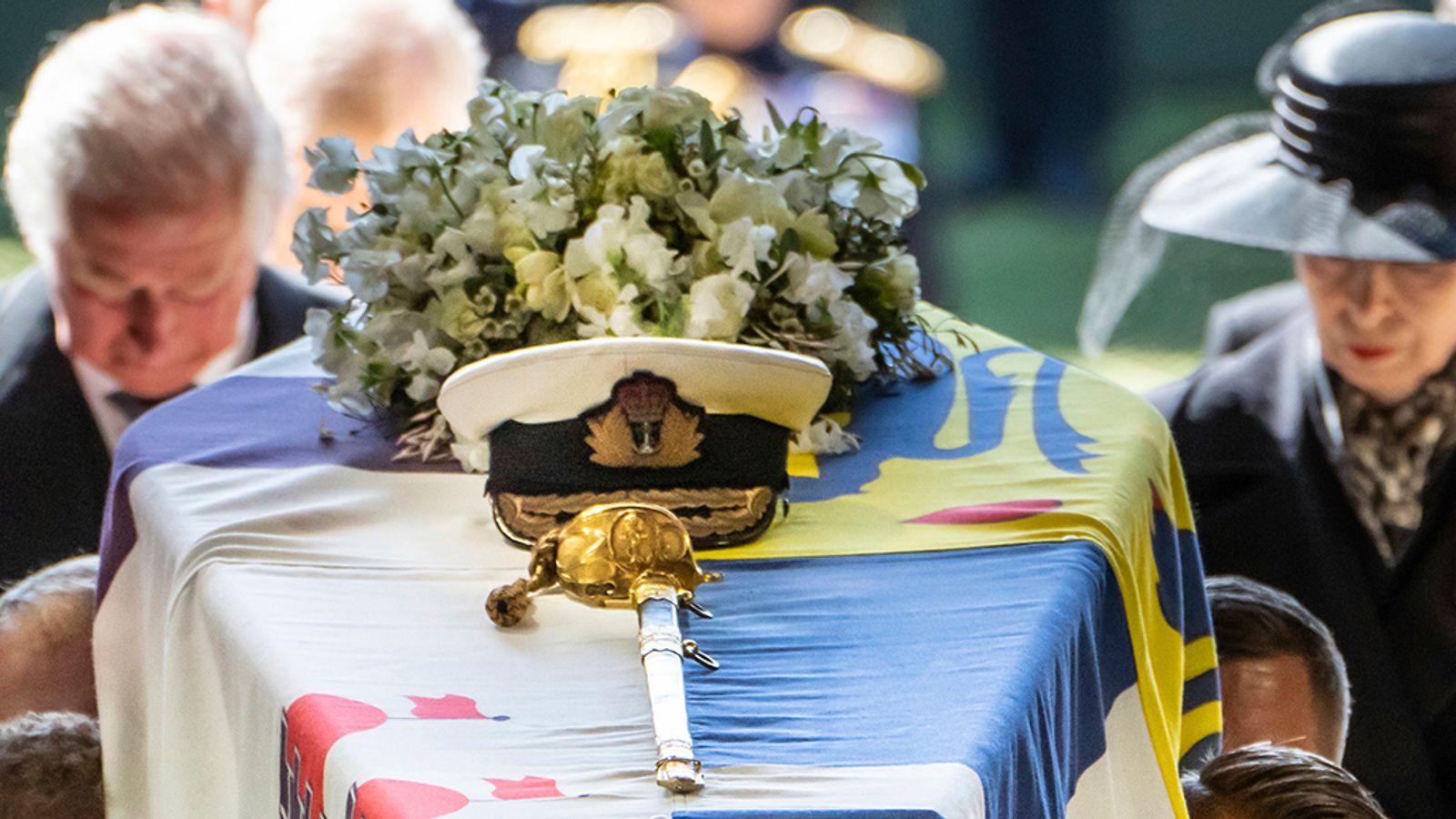 Prince Philip was instrumental in designing his own funeral service which has been in the planning for more than 25 years.

Here, in pictures, is the story of the day.

Image: The Queen takes her seat for the service Image: A poignant image – the Queen caught alone in the chapel Image: The King’s Troop Royal Horse Artillery arriving at Windsor Castle in preparation for the gun salute on the palace grounds Image: The Duke of Cambridge (left) and the Duke of Sussex (centre) follow the coffin Image: Some of those attending, including the Duke of Cambridge and the Duke of Sussex, separated by their cousin, Peter Phillips Image: The Duke of Edinburgh was laid to rest at St George’s Chapel Image: A procession in the lead up to the Duke of Edinburgh’s funeral service in Windsor Image: Prince Philip’s coffin was draped in his striking 12ft personal standard and decorated with a wreath of flowers chosen by the monarch, and his Admiral of the Fleet Naval Cap and sword Image: St George’s Chapel, where the funeral was held Image: Members of the Royal Family follow the coffin into the chapel Image: The Queen watches as the coffin is placed in the chapel, ahead of the service Image: The Duchess of Cornwall and the Prince of Wales Image: The Duke of York during the funeral Image: Prince William and Catherine, Duchess of Cambridge during the service Image: Prince Charles walks behind the hearse Image: Prince Charles follows the coffin as it makes it’s way past the Round Tower. Pic: AP Image: Detachments of service personnel from the military units the duke had a special relationship with were there, as well as troops from the Household Cavalry and the Foot Guards. Pic: AP Image: Soldiers arrive at the Windsor Castle. Pic: AP Image: Members of Household Cavalry march by St George’s Chapel. Pic: AP Image: Fell ponies, Balmoral Nevis and Notlaw Storm pulling the Duke of Edinburgh’s driving carriage