COVID-19: Meet the Syrian doctor who left hospital bombings behind in Aleppo for the UK’s coronavirus frontline 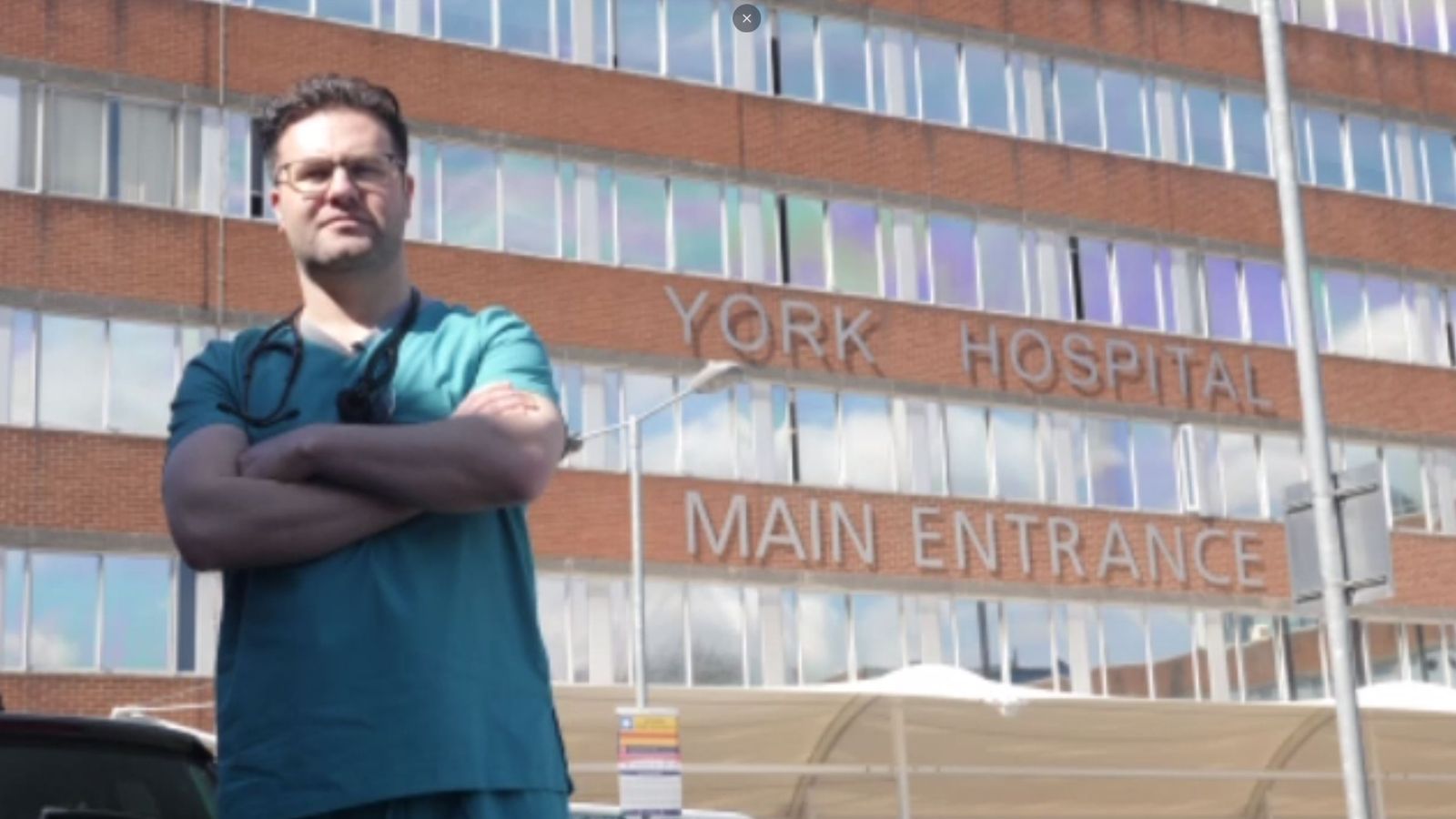 In the midst of gunfire and airstrikes that rained across the Syrian city of Aleppo, a young final-year medical student trained how to treat war injuries.

In 2012, as the Battle of Aleppo raged, Mohamed Kajouj had to learn quickly.

He didn’t know then that this high-pressured training would someday help the UK in its fight against COVID-19.

“It was completely different to what you read in textbooks,” he tells Sky News, describing some of the injuries he came across in Aleppo.

“I remember someone with a remarkable skull fracture, a remarkable part of his brain outside, he was choking and vomiting.”

The 31-year-old completed his medical studies, keeping his work in the trauma hospital a secret from his family.

But the situation worsened, and the Dar al Shifa hospital where he worked was routinely bombed.

Image: The ENT doctor came to Britain to escape war

Dr Kajouj’s best friend was among the colleagues he lost that day.

“I’ll never forget how I felt when I realised he died. We had grown up together, we studied in school together, we lived together,” he said.

“It will stay in my mind forever. It took more than five hours to start taking people out from under the rubble. We couldn’t get anyone alive, all of them were dead. More than 30 people.”

Like some 70% of Syria’s health professionals, Dr Kajouj left his home country for safety.

The ear, nose and throat (ENT) doctor ended up in Britain where he is now on another frontline: in the emergency department of York Teaching Hospital.

Image: Dr Kajouj says COVID is worse than the war in some ways

“There are a lot of similarities, they are both life threatening conditions,” he says.

COVID is in some ways worse, he explains.

“It was new to the world and nobody knew what to do with coronavirus patients at the beginning, and all the treatments around the world were trials.

“You try this treatment on a patient and they get better, but you try it on someone else and it doesn’t make any difference to them.”

Although Dr Kajouj no longer has to worry that his hospital will get bombed, he admits there were safety fears for hospital staff at the start of the pandemic when PPE was in short supply.

But the hardest part of the job is always the same.

Image: There were safety fears over PPE supplies early on

“To prioritise patients and decide who to treat, and who you can do nothing for. I will always remember the first COVID patient I saw in the emergency department,” he says.

There are rising concerns of post-traumatic stress disorder (PTSD) among NHS staff, and calls for an urgent plan to address mental health issues.

Dr Adrian James, president of the Royal College of Psychiatrists says the problems could last years after the immediate threat of the virus recedes.

Dr Kajouj is learning to play the violin in an effort to find peace and calm away from the constant pressure of the emergency room.

“Most people will remember COVID as lockdown and not being able to function as normal,” he says.

“For healthcare workers it’s a completely different matter. They will carry on having memories of patients they couldn’t help.

“They could see them dying in front of their eyes, not being able to do anything.”