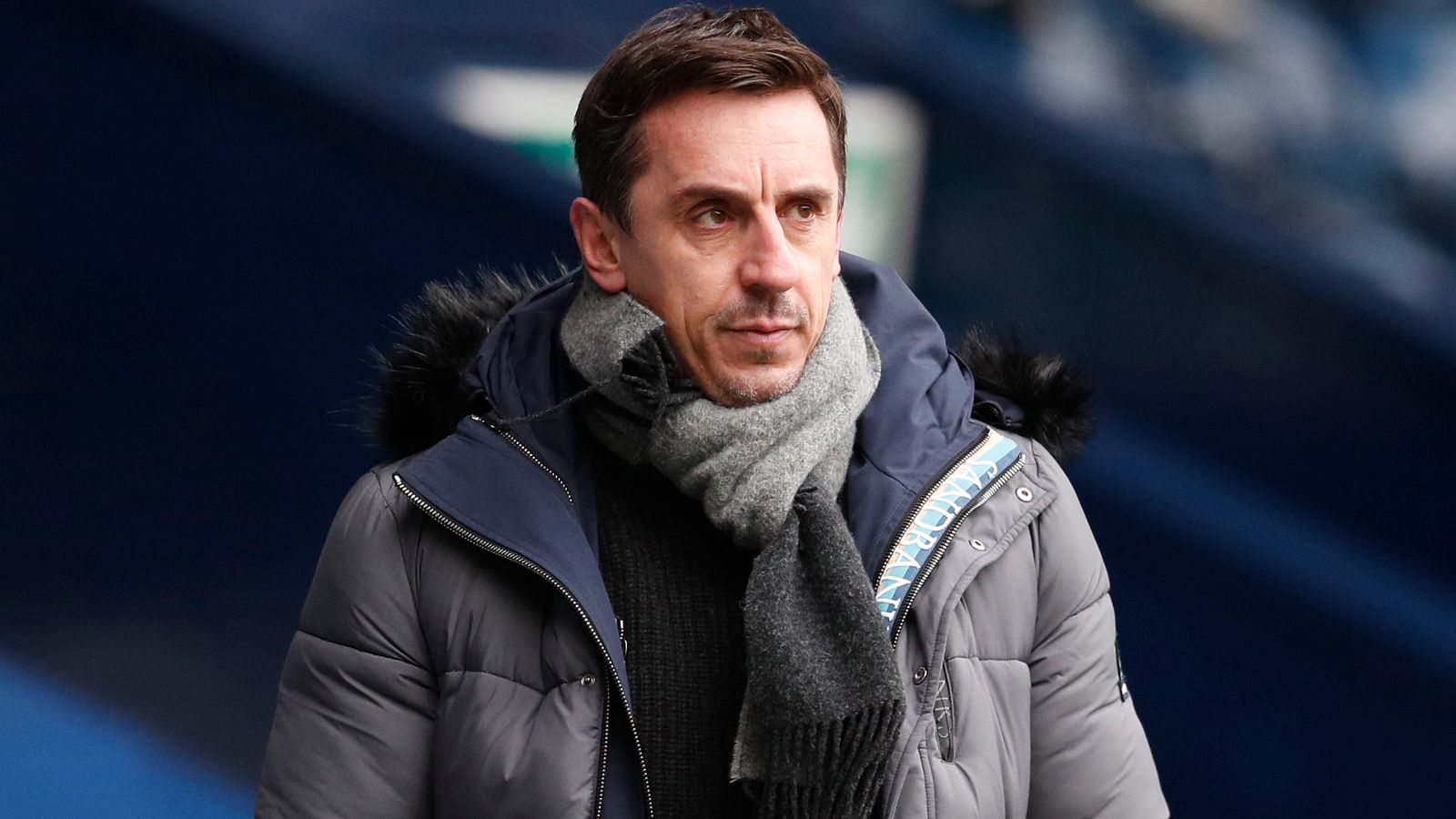 Former players at some of England’s top football clubs have hit out at plans to create a European Super League, calling the proposals a “joke”, “greed” and a “disgrace”.

Among the six English clubs involved in the breakaway project are Liverpool, Manchester United, Manchester City, Arsenal, Chelsea and Tottenham.

A statement said: “It is anticipated that a further three clubs will join ahead of the inaugural season, which is intended to commence as soon as practicable.”

French and German clubs have refused to sign up to the new league.

Image: Boris Johnson has expressed his opposition to the new league

However, UEFA along with football authorities in England, Spain and Italy have all expressed their opposition to it.

And Boris Johnson tweeted: “Plans for a European Super League would be very damaging for football and we support football authorities in taking action. They would strike at the heart of the domestic game, and will concern fans across the country.

“The clubs involved must answer to their fans and the wider footballing community before taking any further steps.”

Ex-Manchester United defender Gary Neville told Sky Sports he was “absolutely disgusted” with the plans and it was “pure greed”.

He said: “I’m disgusted with Manchester United and Liverpool the most. They’re breaking away into a league without competition that they can’t be relegated from? It’s an absolute disgrace.”

Image: Manchester United and Liverpool in action in January. Both clubs are involved in the new league. Pic: AP

“We have to wrestle back the power in this country from the clubs at the top of this league – and that includes my club.

“It’s pure greed, they’re imposters. The owners of Manchester United, Liverpool, Chelsea and Manchester City, they are nothing to do with football in this country.

“Manchester United, Arsenal, Tottenham aren’t even in the Champions League. And they want a God-given right to be in there? They’re an absolute joke.

“The time has come now to have independent regulators to stop these clubs from having the power base. Enough is enough.”

He also said: “I’m not against the modernisation of football competitions, we have the Premier League, the Champions League.

“But I think to bring forward proposals in the midst of COVID and the economic crisis for all clubs is an absolute scandal.

Neville added: “They should deduct six points off all six teams that have signed up to it. Deduct points off them all. To do it during a season? It’s a joke.”

Keane says Super League plan is ‘down to greed’

“Obviously we’ve heard nothing from FIFA yet but it doesn’t sound good. Let’s hope it’s stopped in its tracks.

“We talk about the big clubs. Bayern Munich are one of the biggest clubs in the world – at least they’ve made a stand, which is a good start.”

“We all know it’s a business but what happens to the fans, the memories fans have had over the years? Are they just forgotten about for the sake of money?

“I think it’s an absolute disgrace, to be honest.”