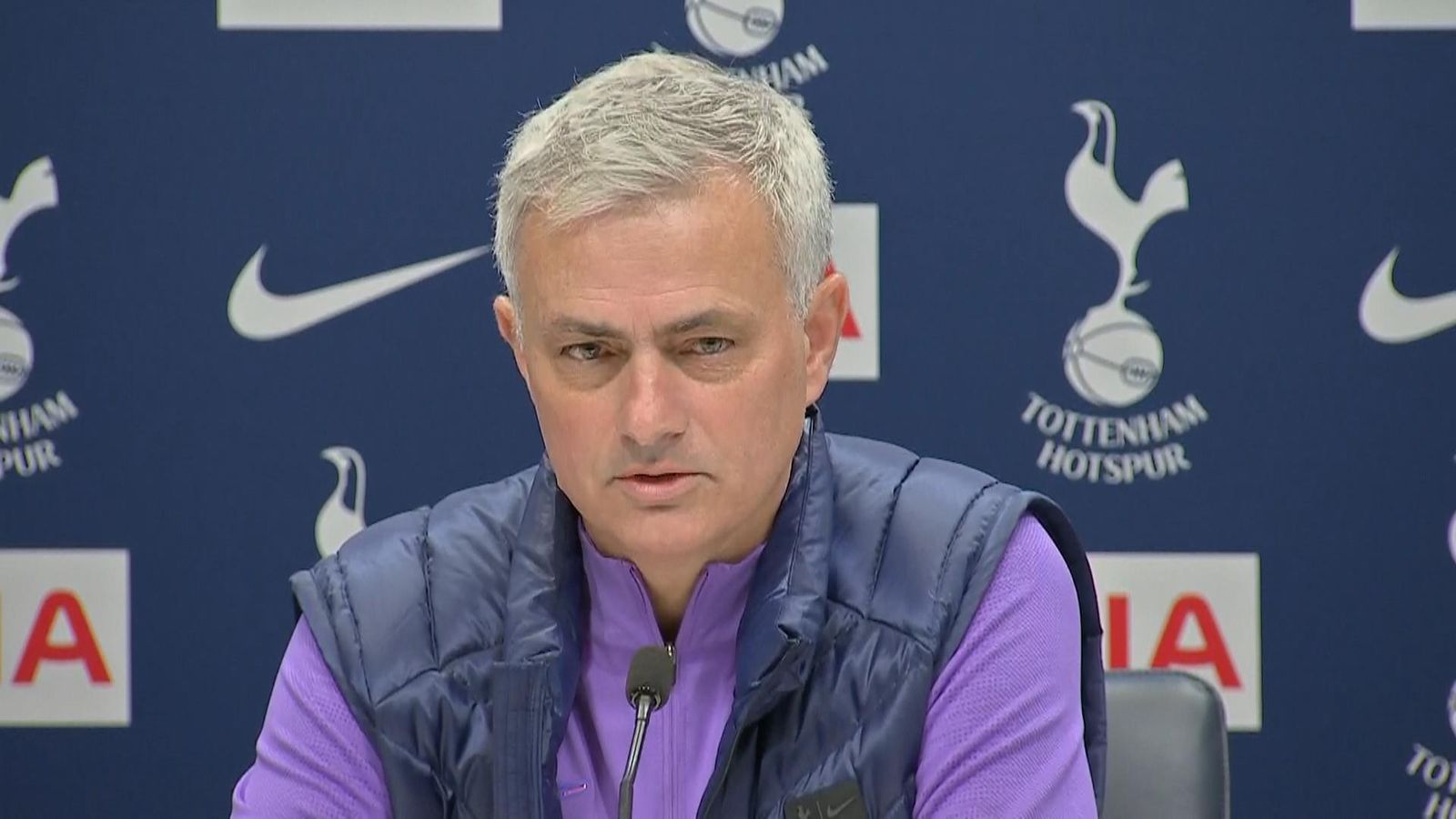 Jose Mourinho has been sacked as Tottenham Hotspur manager.

The announcement comes just hours after the Premier League club announced it was part of controversial plans to join a European Super League.

The 58-year-old had been in charge of Spurs since November 2019 after taking over from Mauricio Pochettino.

The Portuguese manager’s original deal with the north London club had been due to run until the end of the 2023 season.

The Club can today announce that Jose Mourinho and his coaching staff Joao Sacramento, Nuno Santos, Carlos Lalin and Giovanni Cerra have been relieved of their duties.#THFC ️ #COYS

In a statement, Spurs said: “The club can today announce that Jose Mourinho and his coaching staff Joao Sacramento, Nuno Santos, Carlos Lalin and Giovanni Cerra have been relieved of their duties.

“Ryan Mason will take first team training today and a further update will follow in due course.”

Tottenham chairman Daniel Levy said on the club’s official website: “Jose and his coaching staff have been with us through some of our most challenging times as a club.

“Jose is a true professional who showed enormous resilience during the pandemic.

“On a personal level I have enjoyed working with him and regret that things have not worked out as we both had envisaged.

“He will always be welcome here and we should like to thank him and his coaching staff for their contribution.”

Tottenham centre forward Harry Kane posted on Twitter that it had been “a pleasure” to have worked with the Portuguese.

Mourinho’s departure comes with Spurs in seventh position in the table and five points away from the places needed for Champions League qualification. In their last match on Friday, Spurs drew 2-2 at Everton.

It also comes just days before Spurs meet Manchester City in the final of the League Cup at Wembley.

When Mourinho took charge at Spurs, the club was 14th in the league table – but he led them to sixth that season to secure Europa League qualification.

RB Leipzig manager Julian Nagelsmann is the early favourite to replace Mourinho, though the German coach has also been linked with Bayern Munich.

Spurs are among 12 clubs to have rocked the world of football by announcing the formation of a breakaway European Super League.

It is not clear how much of the decision to terminate Mourinho’s contract was a result of Tottenham’s entry into the competition.

Arsenal, Chelsea, Liverpool, Manchester City and Manchester United are the other English clubs to have put their names to the competition to widespread condemnation from across the game.