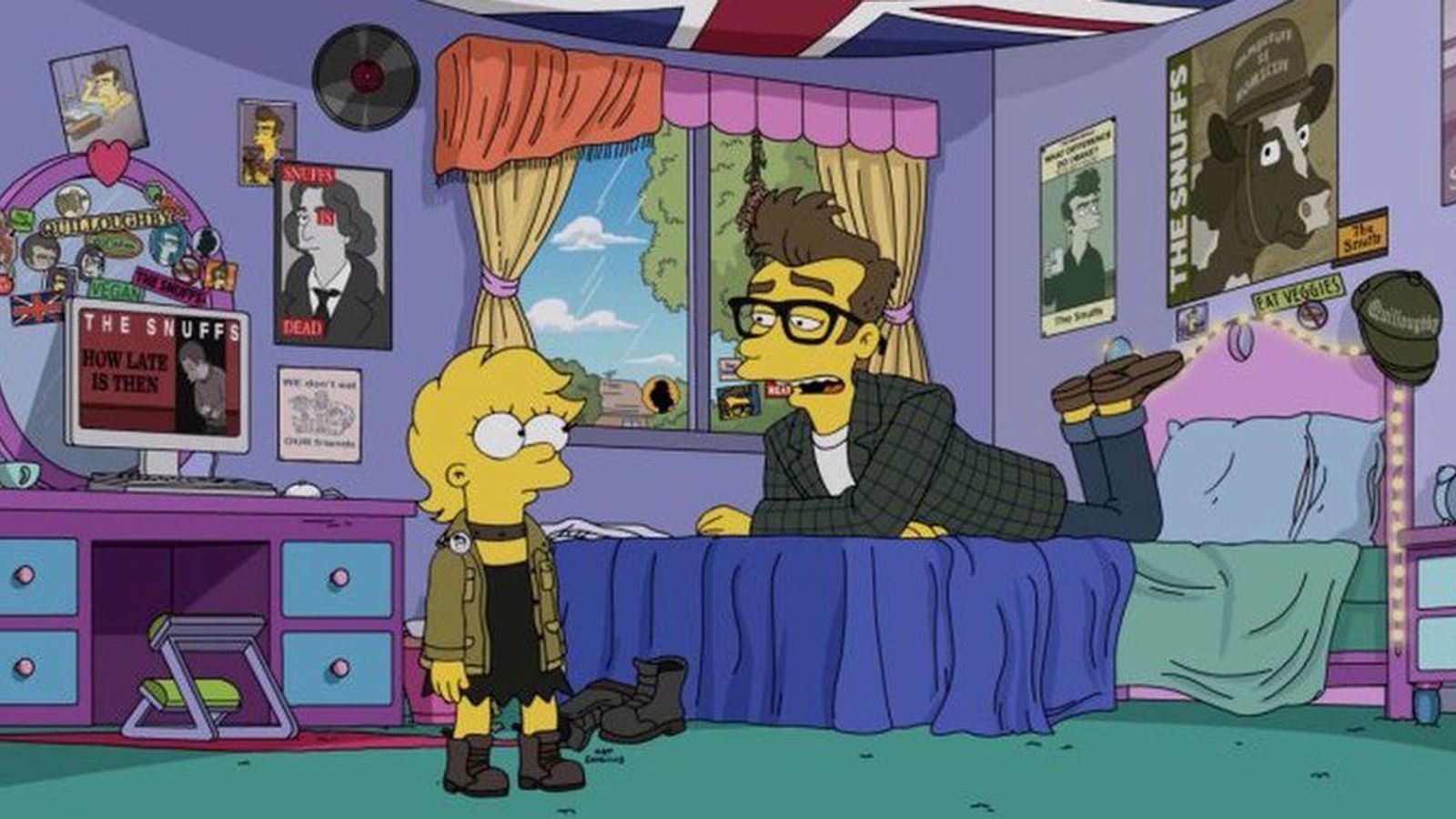 Morrissey’s management has criticised the portrayal of the star in a recent episode of The Simpsons, describing it as “hurtful and racist”.

Manager Peter Katsis accused the show’s producers of “trying to capitalise on cheap controversy and expounding on vicious rumours”.

He said they had used “harshly hateful tactics” by “showing the Morrissey character with his belly hanging out”.

Mr Katsis was referring to an episode called Panic On The Streets Of Springfield, which sees Lisa Simpson become obsessed by a militant-vegan frontman of an 1980s indie band called The Snuffs.

But she is left crestfallen when the character, named Quilloughby and voiced by Benedict Cumberbatch, turns out to be an overweight, jaded star who eats meat and has anti-immigrant views.

Writer Tim Long has previously said the character is “Morrissey-esque” but not a direct representation of The Smiths singer.

“The character is definitely Morrissey-esque, with maybe a small dash of Robert Smith from the Cure, Ian Curtis from Joy Division, and a bunch of other people,” he told Variety.

Although he has not commented himself, Morrissey’s manager wrote on Facebook: “Surprising what a “turn for the worst” the writing for The Simpsons tv show has taken in recent years.

“Poking fun at subjects is one thing. Other shows like SNL still do a great job at finding ways to inspire great satire.”

“But when a show stoops so low to use harshly hateful tactics like showing the Morrissey character with his belly hanging out of his shirt (when he has never looked like that at any point in his career) makes you wonder who the real hurtful, racist group is here,” he continued.

“Even worse – calling the Morrissey character out for being a racist, without pointing out any specific instances, offers nothing. It only serves to insult the artist.”

Mr Katsis said the producers should “take that mirror and hold it up to themselves”.

Image: Morrissey has made headlines for various controversial comments over the years

He also commented on the recent decision by actor Hank Azaria – who is white – to stop voicing Simpsons character Apu – who is Indian.

Mr Katsis continued: “Unlike the character in the Simpsons “Panic” episode… Morrissey has never made a “cash grab”, hasn’t sued any people for their attacks, has never stopped performing great shows, and is still a serious vegan and strong supporter for animal rights.

“Truly they are the only ones who have stopped creating, and have instead turned unapologetically hurtful and racist.”

Morrissey, 61, has made headlines in recent years for his controversial comments.

He has referred to halal meal as “evil” and expressed support for former EDL leader Tommy Robinson and far-right party For Britain. The star has always denied being a racist.

Panic On The Streets Of Springfield is yet to air in the UK.

Sky News has approached the creators of The Simpsons for comment.