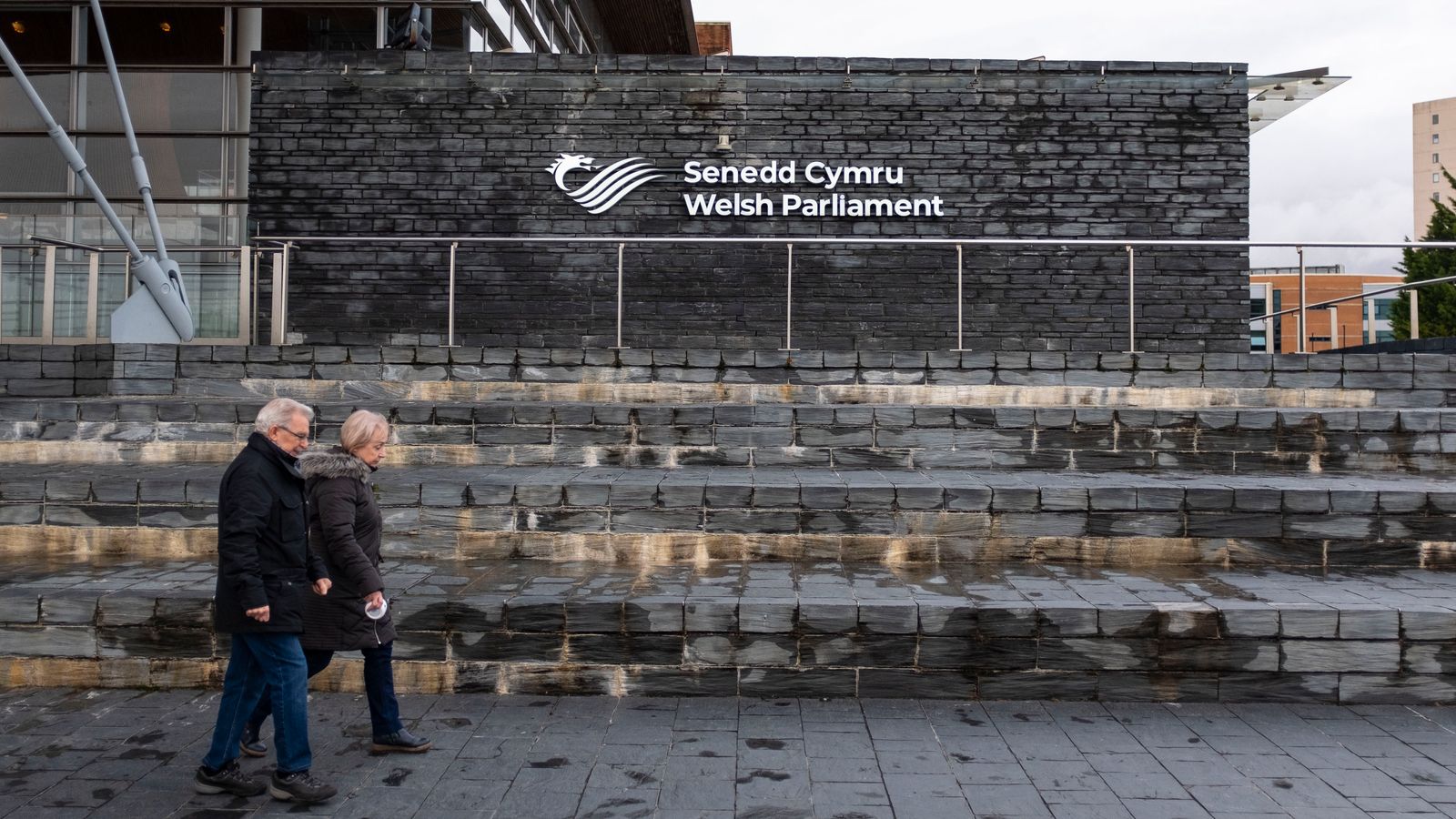 Labour is within touching distance of an overall majority in the Welsh Parliament, a new poll for Sky News reveals.

Labour and the Tories have both made gains since the last time the Welsh Parliament was up for election, at the expense of UKIP, the nationalists and Liberal Democrats, according to a new poll by Opinium.

Welsh voters get two votes, the first for their constituency and second for candidates on a regional list.

Image: Britain’s exit from the European Union is one of the reasons the UKIP vote has dropped significantly in Wales

The “others” category, which included UKIP in 2016 is on 7%, down eight points on 2016. This means Labour has a 10 point lead in the constituency race for the Welsh Parliament.

In the regional vote, Labour is on 38%, up six points, Conservatives are on 27%, up seven points and Plaid Cymru is on 19%, down two points.

If you put these seats through a seat calculator, it suggests Labour would win 29 of the 60 seats, two short of an overall majority.

Britain’s exit from the European Union is one of the reasons the UKIP vote has dropped significantly and is one of the principal reasons that even if Labour loses constituency seats to the Conservatives, the party’s seat tally might remain unchanged or even go up on last time, as it gains regional list seats.

The Conservatives are not doing quite as well in Wales as they did in the 2019 general election. However, they are still in a much better position than the last time the Welsh Assembly was elected in 2016 – and that means they are likely to gain seats in this election and likely lead the opposition.

Plaid Cymru, formerly the second largest party in the Assembly, might fall back into third place.

There is little good news for either the Lib Dems or UKIP.