Potholes: UK’s roads like ‘the surface of the moon’, after record rise in breakdowns, RAC says 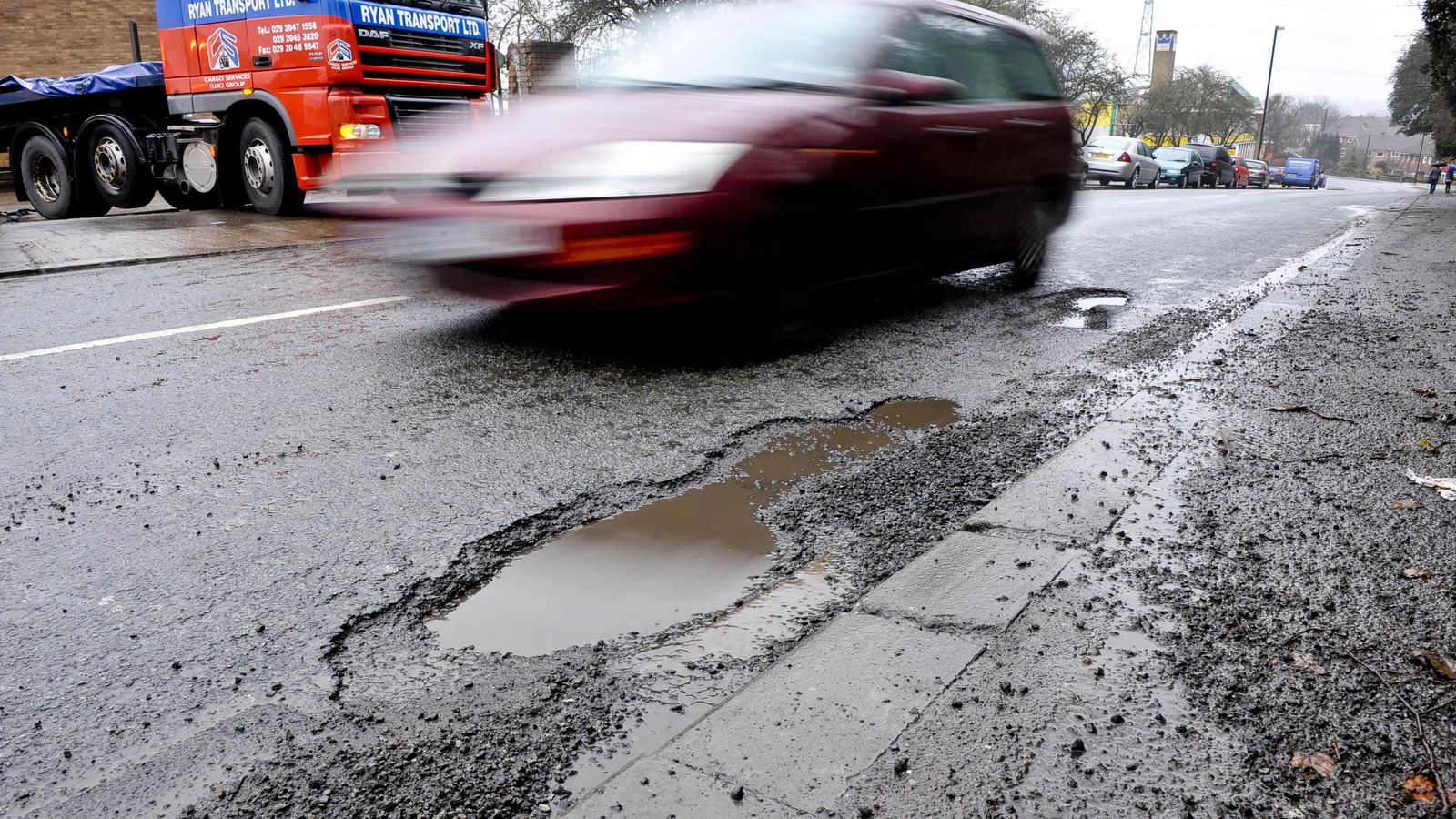 Many of the UK’s roads look like “the surface of the moon”, the RAC has said, after a record rise in the number of pothole-related breakdowns the company has dealt with.

Image: A pothole is repaired every 19 seconds in England and Wales according to the LGA

Distorted wheels, broken suspension springs or damaged shock absorbers are some of the typical pothole-related problems RAC patrols found themselves dealing with.

The company’s head of roads policy, Nicholas Lyes, said: “Many drivers are finding themselves having to use roads that in places better resemble the surface of the moon.”

Many roads, he said, are in a “desperate state”, indicating some councils, which are responsible for repairs, are “simply patching up potholes rather than fixing them properly.”

“Extensive damage” was also caused by the coldest January across the UK since 2010, Mr Lyes said.

Britain shivered in an average temperature of just 2.2C (35.9F), according to the Met Office, and potholes are formed by water seeping into cracks and expanding when frozen.

Mr Lyes also wants to see a change in public policy to drive longer-term maintenance, urging ministers and councils to “commit to doing something differently” by ring-fencing funds over a five-year period.

Image: Councils are responsible for filling in potholes

A spokesman for the Local Government Association defended the efforts of councils.

He said: “Despite the pandemic, councils have been working hard to repair our roads, fixing a pothole every 19 seconds as well as supporting an increase in other infrastructure through temporary road measures.”

A report by trade body the Asphalt Industry Alliance published last month said councils in England and Wales would need to spend a total of £10 billion over a decade to bring all their pothole-plagued roads up to scratch.

Councils were handed an extra £500 million in 2020 through the new £2.5 billion Potholes Fund announced in last year’s Budget.

The funding was intended to fix up to 50 million potholes, the government said, and provide longer-term road resurfacing works to prevent potholes from appearing in the first place.