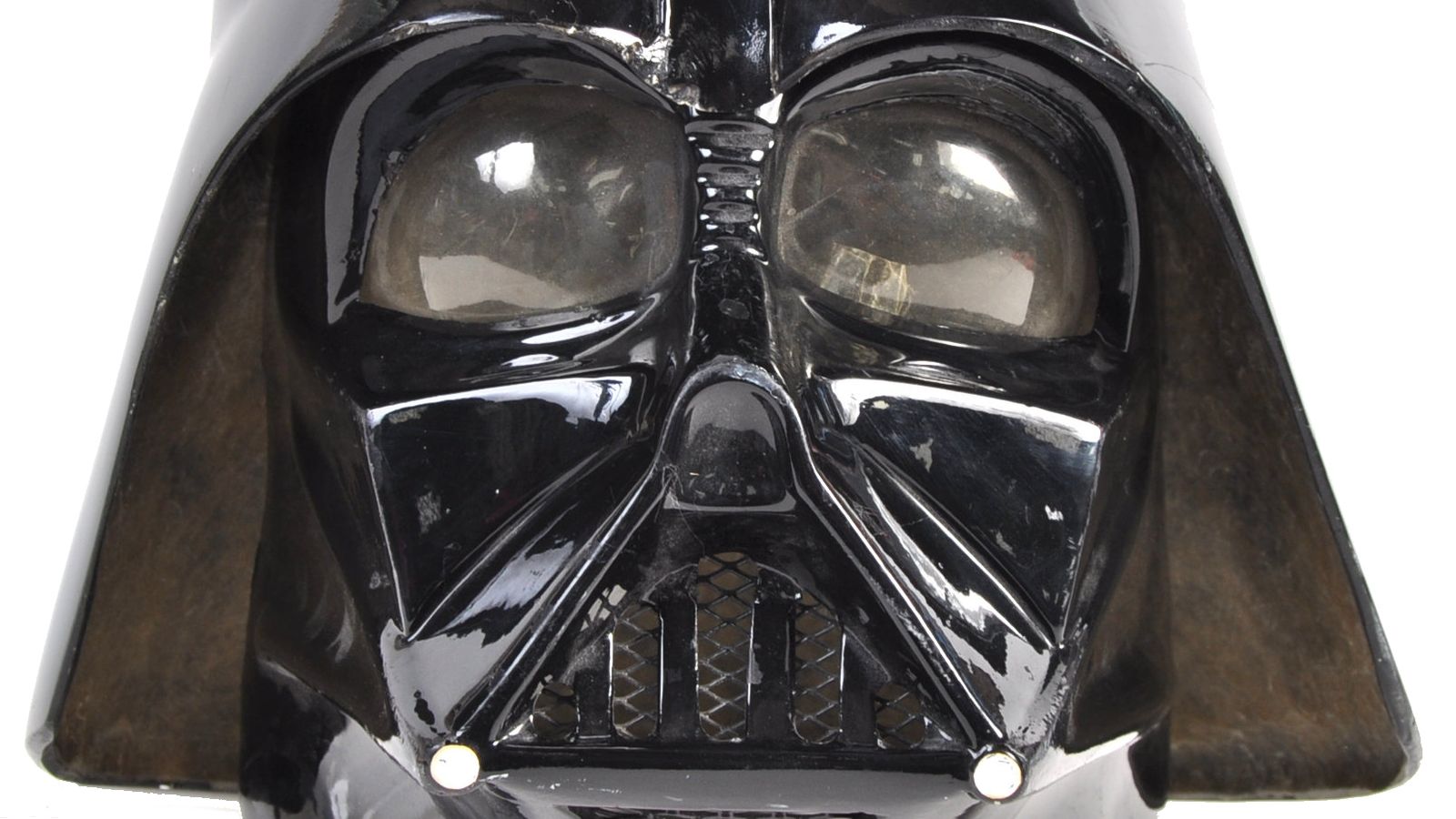 Star Wars memorabilia which belonged to the late Dave Prowse, who played iconic villain Darth Vader, is going under the hammer.

Prowse died last year at the age of 85, following a short illness after living with Alzheimer’s.

Around 600 items will be auctioned off this month, with a percentage of profits going to Alzheimer’s Research UK..

Image: Dave Prowse’s Star Wars script is up for auction

Among the lots is an original production script used by Prowse from The Empire Strikes Back and a small piece of the Millennium Falcon, as well as a raft of signed posters and photos from the franchise.

As well as playing the classic villain in the original Star Wars trilogy, he was also the face of road safety in the UK, with his Green Cross Code Man suit also being auctioned off.

Two months was spent researching and organising the star’s items by friend and assistant Julian Owen.

He said: “It’s been an honour to do this for the Prowse family. I worked with Dave for over 10 years and going through the collection has brought back a lot of great memories. We’re expecting a lot of interest from around the world.

“It was so hard to see Dave’s decline with Alzheimer’s disease. We worked together most weekends and every time I saw him there would be a little less of him there.

“Dave’s wife Norma said from the start that she wanted some of the money raised to go to Alzheimer’s Research UK.

“While nothing could be done for Dave, she knows just how important it is to support dementia research, to ensure future generations don’t have to go through the same heartbreak.

“Dave would be delighted to know some of what’s raised is going to help others.”

Image: Signed photos and posters will also go under the hammer

Tim Parry, director at the charity, said: “David Prowse is a movie icon who introduced the world to one of the most enduring screen villains of all time.

“It’s an honour that Alzheimer’s Research UK will benefit from this auction, which will undoubtedly generate a huge amount of buzz in the Star Wars community.

“We can’t thank Norma and the family enough for using the auction as a way of supporting the search for breakthrough dementia treatments.”