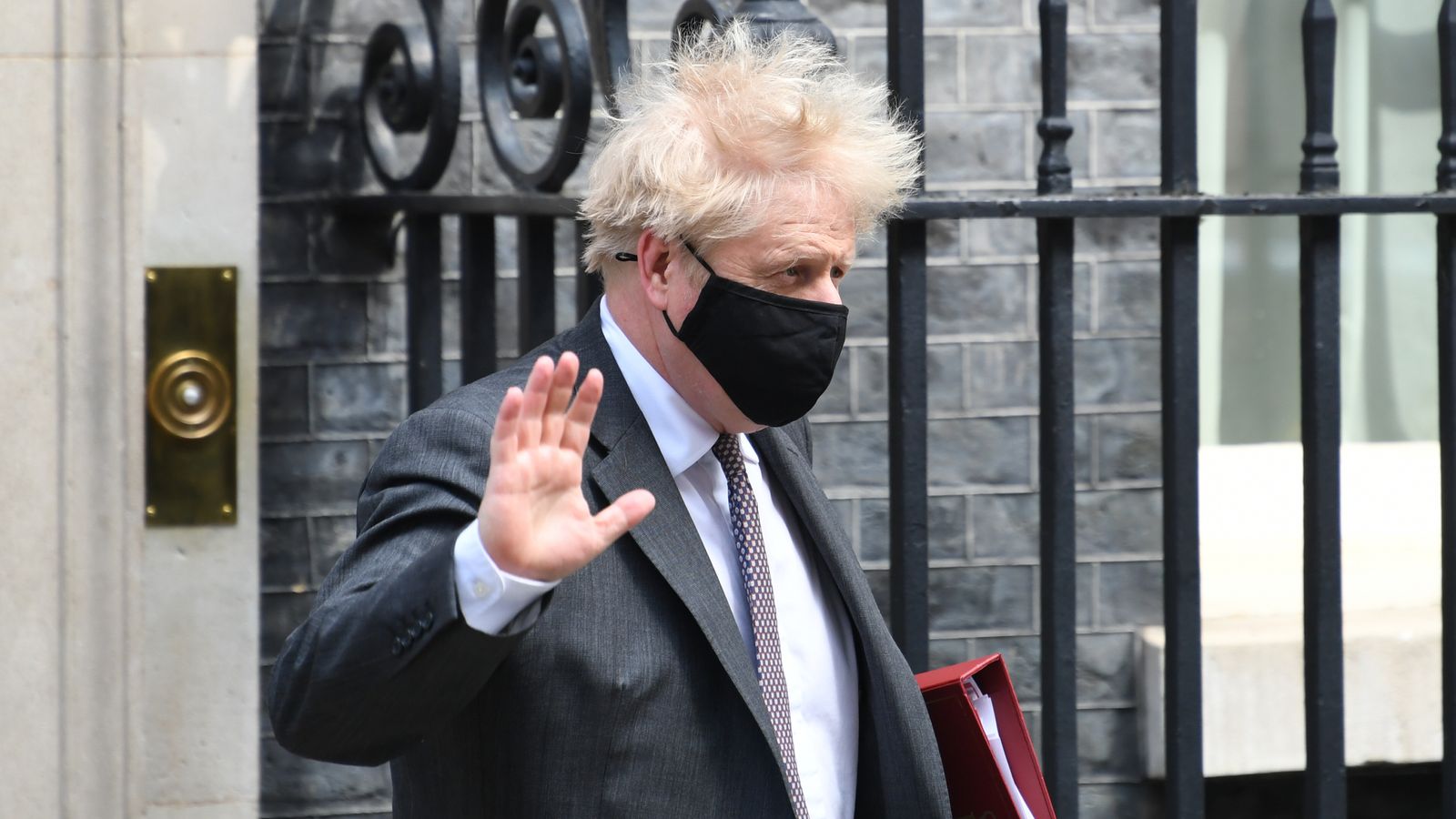 The prime minister has said he makes “absolutely no apology at all” for text messages with Sir James Dyson, after it was revealed he personally promised the businessman he would “fix” an issue over the tax status of his employees.

The BBC reported that it had seen a series of text messages between Boris Johnson and Sir James after the entrepreneur was unable to get the assurances he was seeking from the Treasury.

It said the conversations took place last March in the early stages of the COVID-19 pandemic.

Image: The PM messaged Sir James: ‘I will fix it tomo! We need you. It looks fantastic’

At the time, the government was appealing to companies to supply ventilators in case the NHS ran out.

Labour said the revelations were “jaw-dropping” and declared: “Tory sleaze has reached the heart of Downing Street.”

Party leader Sir Keir Starmer said it was “one rule for those that have got the prime minister’s phone number, another for everybody else”.

The Dyson revelation was another example of “sleaze” on Mr Johnson’s watch, he claimed.

“Every day there are new allegations about this Conservative government: dodgy PPE deals; tax breaks for their mates; the Health Secretary owns shares in a company delivering NHS services,” Sir Keir said.

“With this scandal now firmly centred on him, how on earth does he expect people to believe that he is the person to clean this mess up?”

Image: Sir James said it is ‘absurd to suggest’ his company was doing anything other than trying to follow the rules

“I make absolutely no apology at all for shifting heaven and earth and doing everything I possibly could, as I think any prime minister would in those circumstances, to secure ventilators for the people of this country,” he said.

The PM said he was “happy to share all the details” of the communications as there was “nothing to conceal”.

Responding to the BBC’s report, the government said it was right to secure equipment for the health service in “extraordinary times”.

They said: “At the height of the pandemic, there were genuine fears that we would quickly run out of ventilators, leaving the NHS unable to treat patients and putting many lives at risk.”

Sir Keir said nurses “didn’t get a text from the prime minister, they got a kick in the teeth” with the government’s 1% pay rise offer.

And on support for the self-employed amid the pandemic, there was “an open door for those with the prime minister’s number, a closed-door to the three million”.

“What this shows once again is the extent of the sleaze and the cronyism that is at the heart of his Conservative government,” the Labour leader said.

Later, a spokesman for Sir Keir said there was “evidence” Mr Johnson breached the ministerial code over the texts.

Under the code, ministers should have an official present when discussing government business.

If this is not possible, they are supposed to report back to their department as quickly as possible if a conversation does take place where that is not possible.

Mr Johnson’s spokesman said the PM had told officials of his text messages to Sir James in a “timely manner” in line with the code and that officials in the Treasury were already working on the matter when the businessman got in touch.

“It allows skilled individuals to come in for a time-limited period. That was something that was flagged in the Finance Bill and voted through in parliament.”

He denied the PM had breached the ministerial code, saying: “He [Mr Johnson] alerted officials after his contact with Dyson and then that passed on to officials to work up the advice.

“It came to the House, it was voted on in parliament.”

The PM insisted ministers were “doing the right thing at the right time” and “we take the tough decisions to procure thousands – tens of thousands – of ventilators in record time, which apparently he [Sir Keir] now opposes”.

Sir James, whose company is based in Singapore, wrote to the Treasury seeking assurances that his staff would not have to pay more tax if they came to the UK to help with the ventilators project.

The BBC reported that when he did not receive a response, Sir James raised the issue personally with the PM.

He said in a text that his company was ready but “sadly” it seemed like no-one wanted them to proceed.

Mr Johnson messaged back: “I will fix it tomo! We need you. It looks fantastic.”

When he sought further assurance, the PM said: “James, I am First Lord of the Treasury and you can take it that we are backing you to do what you need.”

Sir James said it was “absurd to suggest” his company was doing anything other than trying to follow the rules.

In a statement sent to Sky News, he said: “We were in the midst of a national emergency and I am hugely proud of Dyson’s response – I would do the same again if asked.

“Our ventilator cost Dyson £20m, freely given to the national cause, and it is absurd to suggest that the urgent correspondence was anything other than seeking compliance with rules, as 450 Dyson people – in UK and Singapore – worked around the clock, seven days a week to build potentially life-saving equipment at a time of dire need.

“Mercifully they were not required as medical understanding of the virus evolved.

“Neither Weybourne nor Dyson received any benefit from the project, indeed commercial projects were delayed, and Dyson voluntarily covered the £20m of development costs.”