COVID-19: At least 100 fake coronavirus test certificates are used by UK arrivals every day, it is revealed 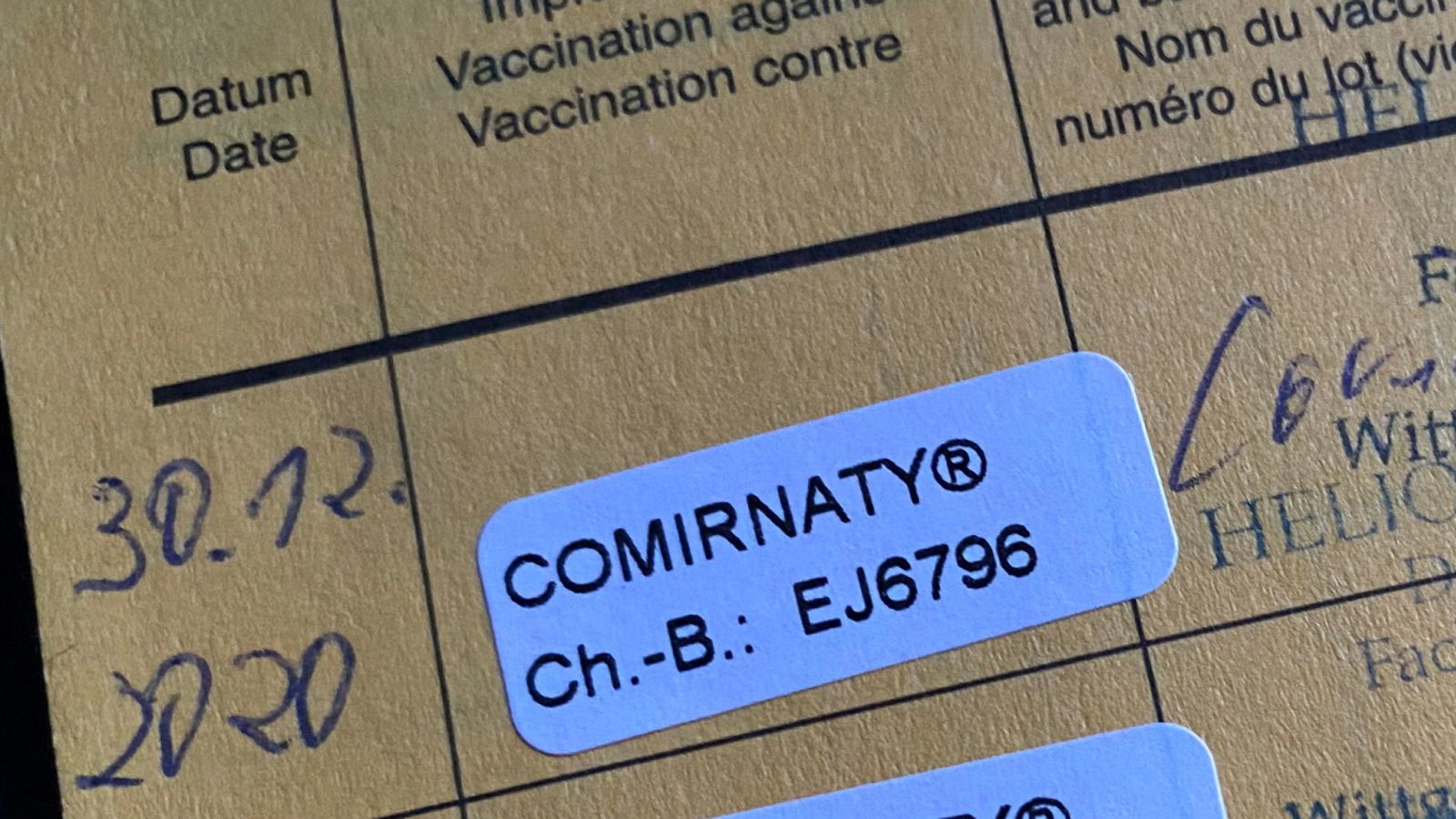 Border officials are forced to take travellers’ COVID test paperwork at “face value” and just accept results are negative – because they are often written in a foreign language, it has been revealed.

Lucy Moreton, professional officer for the Immigration Services Union (ISU), said travellers’ documents in anything other than English often simply had to be “taken on trust”.

She said officers did spot around 100 fake COVID-19 certificates a day, but that there was no way of knowing how many more evaded detection.

And in her evidence to the All-Party Parliamentary Group (APPG) on Coronavirus she also warned there was “little to no evidence” on how well incoming travellers to the UK were complying with quarantine.

When asked by Lord Strasburger how border officials were able to verify proof of a negative test, Ms Moreton replied: “We are not, is the simple answer. It’s predominantly taken on trust.”

She said the 100 or so fakes a day that they do spot are largely because there is an obvious spelling error in the English ones.

Image: The need for border checks has been heightened recently, due to increasing numbers of new coronavirus variants

She added: “They have to be in one of four languages – so if it’s in English and there’s a spelling error, you have an outside chance of spotting it.

“If you happen to speak one of the other specified languages and you can spot a spelling error, then you might see that as well.

“Otherwise they’re taken on face value – do you have that piece of paper or email or something on your phone that broadly suggests you might have taken a test?

“There are a series of code numbers which defines exactly what type of test that is, and the border force has a list that they can check it against, but these things are very easy to knock up electronically, unfortunately.”

And when quizzed about if there were 100 fakes spotted a day, how many more were slipping through the net, Ms Moreton said: “It’s inherently unknowable – we don’t know what it is we don’t know.”

She added: “A lot of the border, immigration, migration, and quarantine controls are based on trust.

“The whole thing is all based on an assumption that people will do the right thing. But I’m not sure that the behavioural studies indicate that they do.”

COVID variants ‘high on our concerns’

She explained the process for checking incoming people consisted of firstly the usual immigration check, and secondly, all the various COVID paperwork checks.

“Do they have the 72 hour pre-departure COVID test? Have they completed the passenger locator form correctly and in full?

The need for border checks has been heightened recently, due to increasing numbers of new coronavirus variants, such as the ones first identified in South Africa and India.

On Monday, India was placed on the “red list” of countries from which incoming travellers are no longer allowed to enter the UK.

The so-called India variant is known as a double mutant as it has two new significant mutations in the spike protein of the virus that help it infect cells and evade the immune system.

According to figures from the COVID-19 Genomics UK Consortium (COG-UK), which tracks COVID variants, 182 cases of the India variant have so far been found in the UK up to 16 April.

She added: “The government must act now to stop our airports becoming breeding grounds for the virus.

“That means reducing overcrowding in arrival halls, effectively separating passengers arriving from red list countries and carrying out thorough checks to root out fake documentation and ensure people comply with the rules.”

The APPG on Coronavirus is carrying out an ongoing cross-party inquiry into the government’s handling of the coronavirus pandemic, and will be using evidence given at its latest session to make follow-up recommendations on border policy and international travel, after first recommending securing the UK’s borders in August last year.

“There is little to no evidence on how well they are complying with quarantine or managed quarantine,” she said.

“Evidence to previous groups and to the Home Affairs Select Committee has suggested that less than 1% of those who are required to isolate at home are checked.”