Hillsborough: References to police officers being like ‘headless chickens’ on day of disaster were removed, court hears 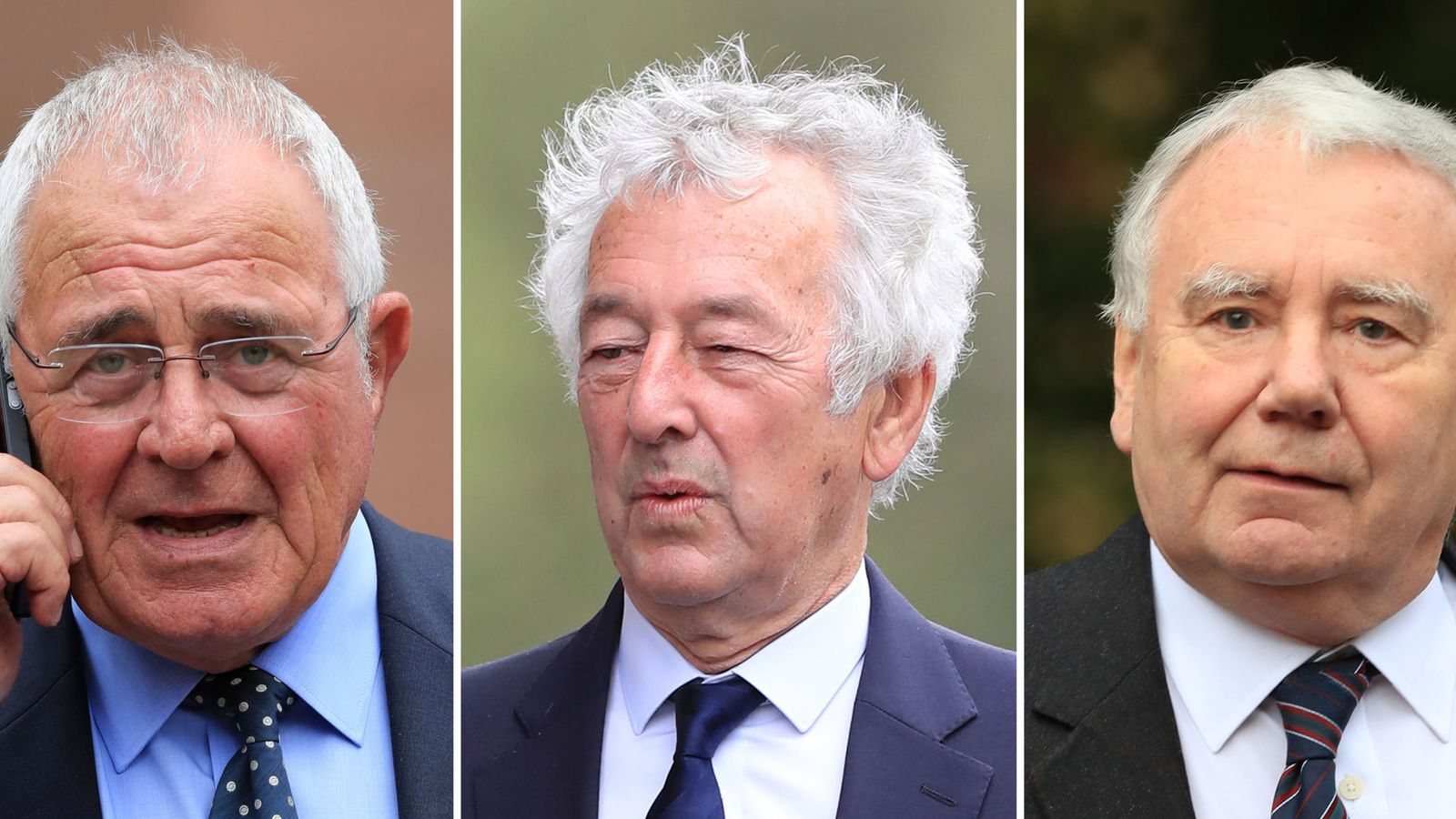 References to police officers being like “headless chickens” and “light on manpower” in statements about the Hillsborough disaster were removed, a court has heard.

The tragedy took place on the day of the FA Cup semi-final between Liverpool and Nottingham Forest at Hillsborough Stadium in Sheffield.

The second day of their trial at the Lowry theatre in Salford heard that originally PC Peter Finnerty gave an account that claimed officers weren’t given any instructions on the day.

Prosecuting, Sarah Whitehouse QC said he wrote: “I am sure many of them, like me, felt like headless chickens running about.

“I felt ashamed for quite a while that the police did not respond professionally after the deaths were established.”

The jury was also told that PC William Crawford gave a statement that said he thought the force was “very light on manpower”, as there was not the usual group of officers stationed at the tunnel to direct fans away from the central pens, where the fatal crush happened.

But Metcalf, a then-partner at the solicitors’ Hammond Suddards, suggested PC Crawford’s comments be reviewed.

Ms Whitehouse told the court: “The statement was amended by deleting all reference to the shortage of manpower and use of serials in the centre tunnel.”

Image: Tributes of flowers at Anfield in December 2020 to remember victims of the 1989 Hillsborough disaster in Sheffield

The jury was told that on the original statement given by PC Finnerty, a note – which appeared to be in Foster’s handwriting, instructed a detective inspector to review his account, resulting in an amended version being produced for the subsequent government inquiry into the safety of sporting events.

Another former policeman, inspector Robert Creaser also gave a statement about a request to delay kick-off and problems with police radios – but these were allegedly removed as well, the court heard.

Ms Whitehouse told the court: “It is important to understand that the vetting process was targeted at reducing or removing references to the failings by the South Yorkshire Police.”

The jury was shown a letter sent to William Woodward QC, who was representing the force at the inquiry, in which Metcalf said: “It seems to instructing solicitors that the objective to be pursued at the inquiry is the presentation of South Yorkshire Police in the best possible light, consistent with the facts that are brought out.”

Denton, of Sheffield, Foster, of Harrogate, and Metcalf, of Ilkley, each deny two counts of doing acts tending and intended to pervert the course of justice.

Their trial is taking place at the Salford theatre while it is being used as a crown court to help clear the backlog of cases caused by the coronavirus pandemic.

It is expected to last up to 16 weeks.