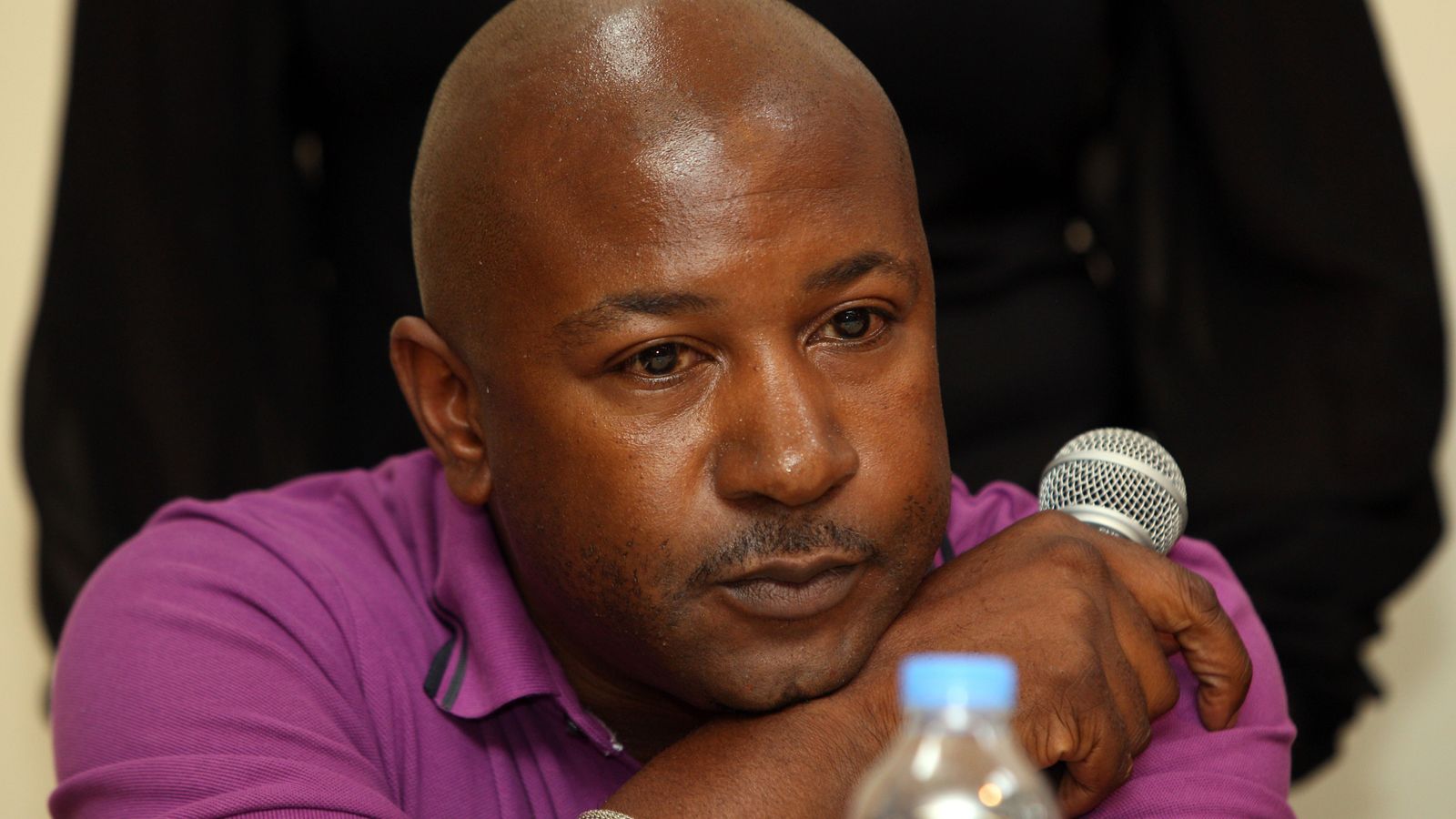 “They had this guy banged to rights because of the footage,” says Shaun Hall, the brother of Mark Duggan, reacting to the murder conviction of former Minneapolis police officer Derek Chauvin.

When Mr Duggan was shot by police nearly 10 years ago, in August 2011, London, and then other cities, erupted into violence.

Image: Mark Duggan was shot dead by armed officers in north London in 2011

There were allegations that officers from the Met’s CO19 firearms squad used unnecessary force and there was a police cover up over the shooting.

An inquest would later find that the shooting was lawful, but although Mr Duggan was being trailed for collecting a gun, he had not been carrying a gun at the time he was shot.

However, the rioters, from mostly poor black communities were not just motivated over the death of one man – it was a host of other complex social issues that had found a touch-paper.

The same could be said of the murder of George Floyd which led to protests worldwide. For many, Tuesday’s verdict was a watershed moment which could mark a change in the relationship between police forces and black communities, not just in the US but also here in the UK.

Not so, says Mark Duggan’s brother. “It’s a start, but it’s a drop in the ocean,” says Mr Hall in an exclusive Sky News interview.

He adds that “even during the trial another person has been murdered,” referring to the fatal shooting of Adam Toledo by a Chicago police officer.

Mr Hall believes the verdict is the result of “people power,” due to civil rights movements encouraging bystanders to use their smart phones.

In 2015, Mr Hall travelled to Los Angeles with other activists in London to meet US activists and discuss how they could encourage people to capture incidents of police brutality on their phones, as happened in the George Floyd case.

“Ordinary people filmed what was happening and there was no question that a police officer killed George Floyd, because it was captured on film. ‘I can’t breathe means if I can’t do this for much longer I’m going to die.’ The evidence was in your face.”

“George Floyd told the police officer he was killing him and this man (Derek Chauvin) didn’t care, because his life meant nothing to him. But happily his freedom is being taken away from him – and that’s a start. It’s a drop in the ocean, but it’s a start.”

“But nothing is proved that this is being taken seriously, other than this one shut-and-closed case, in the public eye.”

Mr Hall believes without video evidence the George Floyd case would have failed, even if witnesses had testified about what they saw.

“It shouldn’t have to be so clean cut – we know police officers lie and they will lie under oath.”

He adds: “The power of the video – nowadays people have that in their back pocket. With that and social media platforms, you download it and its gone viral.”

“Words alone mean nothing. The defence will try to discredit the witnesses. If you feel something’s wrong – film it. You’re not breaking any laws.

“If you see something you believe isn’t right – police can be approached and questioned.”

Mr Hall believes UK police forces still have lessons to learn, but it’s only a few officers who bring down the reputation of the majority who are trying to do a good job.

He feels there needs to be greater levels of independence within the IOPC, the body that investigates the police, with fewer former police officers working within it.

He also believes that communities need to be involved in decisions around how the police forces operate and that a “rude attitude” by some officers during stop and search needs to be addressed.

“When my brother was killed the county rioted,” he says. “The country didn’t know my brother, but they rioted – that’s a deeper issue than someone they didn’t know being killed.

“It’s an amalgamation of problems that working class people have – lack of hope, a rude attitude by police and an ignorance that seems to make them believe they don’t work for us – they are there just to push people around.

“Officers need to be educated on when it’s feasible to stop and search and approach people with a little decency.”

“I’ve engaged with police officers who are human who are doing their job. It’s the ones who don’t do their job properly that are spoiling it for everybody.”

Responding to the George Floyd verdict the National Police Chiefs’ Council Chair, Martin Hewitt, told Sky News: “The global focus on negative race disparities in the wake of George Floyd’s death led UK police leaders to reaffirm their commitment to tackle racism wherever it is found.

“The legitimacy of UK policing is built on relationships between the police and the public, but levels of trust and confidence are significantly lower among some black people and racial disparities exist that we cannot fully explain.”

He added: “We are in the process of developing a plan of action to build a more inclusive police service and address negative race disparities.”

“Hearing from those with lived experience has driven our progress. Independent scrutiny and oversight will provide vital check and challenge.

“We are currently recruiting for an independent chair to shape and oversee the action we take.”

Lyrid meteor shower to light up skies over the UK