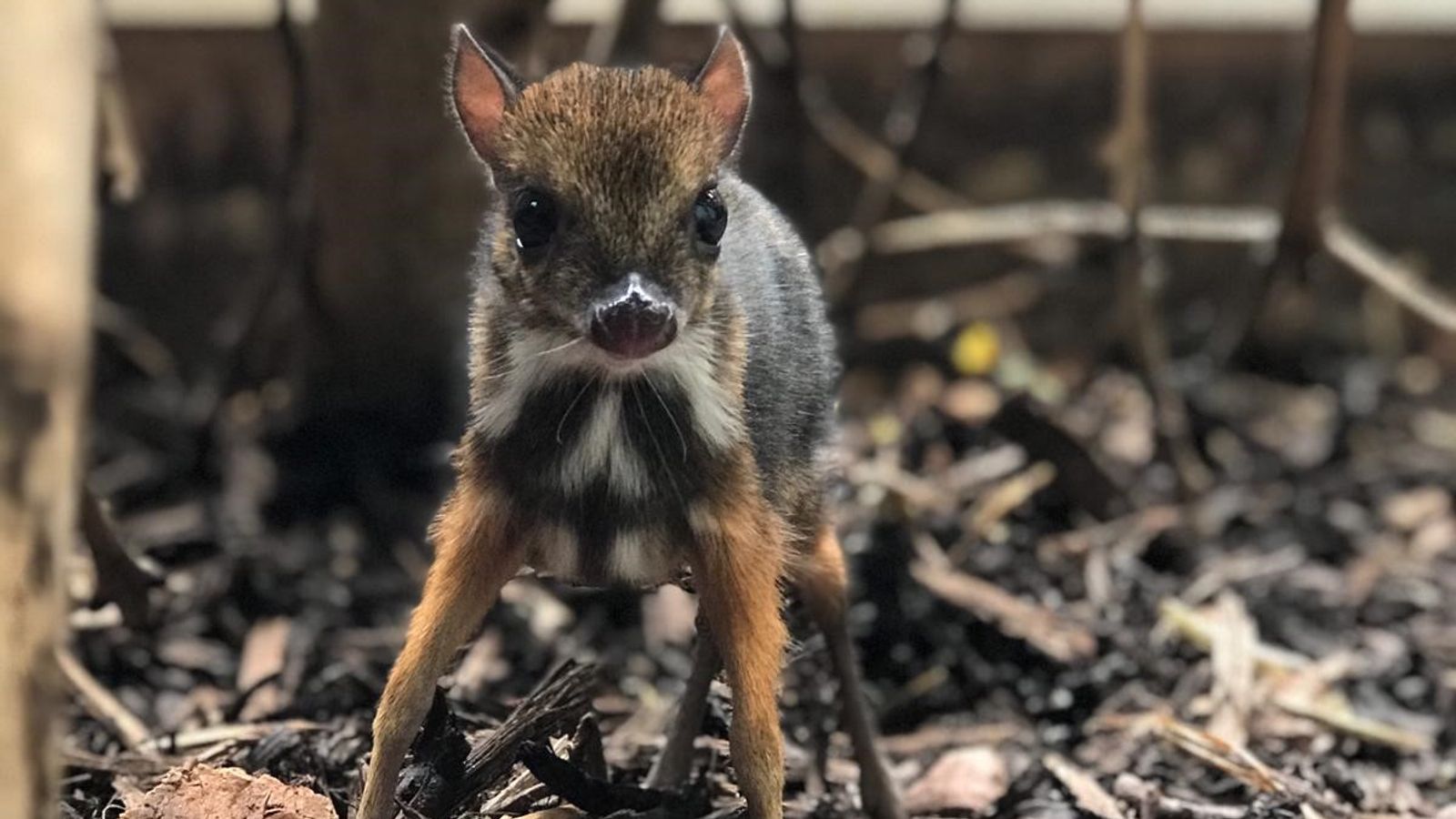 A mouse deer, born during the third national lockdown at Bristol Zoo, is the height of a pencil.

The lesser Malayan mouse deer is only around 20cm (8 inches) tall to its shoulder, the zoo said.

The infant, whose gender is not yet known, was born to first-time mother Brienne.

When the little fawn is fully grown, it will weigh around 1.5kg (3lbs).

It is the second to be born at the zoo in the past decade.

In 2020, a female named Missandei was born and moved on to Ouwehands Zoo in the Netherlands to continue the breeding programme for the species.

Paige Bwye, senior mammal keeper at Bristol Zoo, said the new fawn was “doing really well” and its mother has been “very attentive to her infant”.

“It will be a little while until we are able to determine the gender of the fawn as they’re so small and quite shy,” she said.

“It’s doing really well though, and has recently started to discover new tastes, such as sweet potato.

“They are absolutely fascinating to watch. They move around on their pencil-thin legs and munch on flowers and vegetables.”

They feed on flowers and vegetables, foraging in the forests of their native South East Asia.