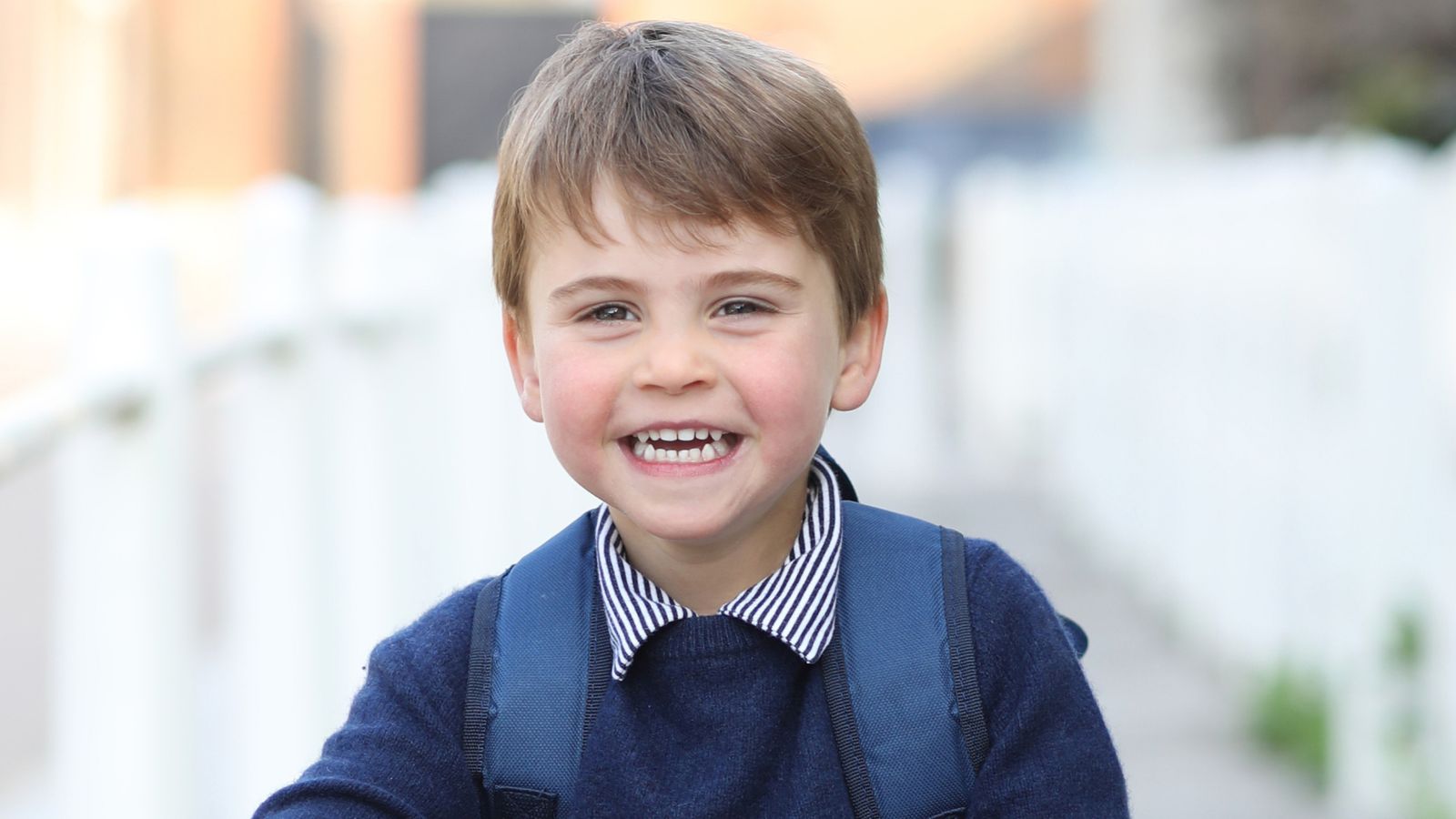 A new photograph of Prince Louis has been released by his parents to mark his third birthday today.

The Duchess of Cambridge took the picture of her youngest child in the grounds of Kensington Palace on Wednesday shortly before he left for his first day of nursery school.

Louis wore a jumper, shirt and shorts, with a rucksack on his back, and was seen smiling on his bike.

He gripped the handlebars and appeared ready to cycle off to nearby Willcocks Nursery School in west London – but was taken by car.

Louis was probably welcomed by the sight of his favourite toy or a picture from home when he arrived at Willcocks.

This is a gesture for all new children to help them make a smooth transition from home to school.

Prince William and Kate’s youngest child is fifth in line to the throne and was born on St George’s Day, 23 April 2018, at the private Lindo Wing of St Mary’s Hospital in Paddington, London, weighing 8lb 7oz.

Louis is attending the same school that his sister Princess Charlotte did before she started at Thomas’s Battersea.

Prince George went to nursery in King’s Lynn while the Cambridges were living at Anmer Hall near the Queen’s estate at Sandringham, Norfolk.

The duchess has released a new picture of each of her children on their birthdays.

Image: Baby Louis is pictured on the steps of the Lindo Wing in Paddington in 2018

A keen amateur photographer, Kate launched her own photography project during lockdown.

Entitled Hold Still, it asked members of the public to submit images they had taken that captured life during the pandemic.

The top 100 images are now being collated in a book.

Image: The Royal Family released this picture following the death of Prince Philip, with baby Louis pictured in the Queen’s arms Image: Louis is pictured as a toddler in his father’s arms on the balcony at Buckingham Palace in 2019

Following the death of Prince Philip, the Royal Family released an unseen picture of the young royals with him and the Queen.

The picture showed a young Louis in the arms of Her Majesty, with his siblings George, Charlotte and their cousins Savannah and Isla Phillips and Mia and Lena Tindall.